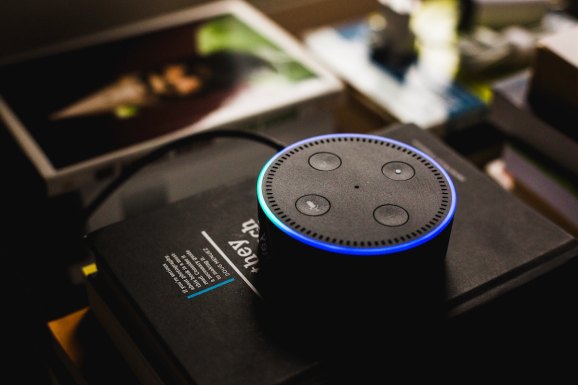 Amazon announced that Alexa will soon be conversant in two additional languages as the company has finally opened the Alexa Skills Kit (ASK) and Alexa Voice Service (AVS) to developers in Italy and Spain.

Alexa, the cloud-based “brain” and voice that powers Amazon’s own Echo-branded lineup of smart speakers, as well as a number of third-party devices, is currently only available in English (various dialects), German, Japanese, and French. So this latest news represents a notable development for Amazon’s AI voice push.

Before Amazon embarks on its big Alexa and Echo consumer launch, which will happen later this year, it needs to have developers on board to create localized skills that will be relevant to users in each country. And that is what today’s announcement is all about. ASK is basically a bunch of APIs developers can use to easily build voice-powered features and integrations for Alexa, while AVS is a similar suite of APIs and development kits that lets hardware makers integrate Alexa into their own products.

The dual launch of ASK and AVS tells us all we need to know about Amazon’s plans for Italy and Spain — not only is it gearing up to launch Alexa and its Echo speakers in these countries, it’s also partnering with third-party manufacturers to ensure Alexa spreads far and wide when the time comes. Indeed, both Sonos and Bose will have Alexa-powered products on the market alongside Echo later this year, wrote Alexa France executive Noemie Cornu in a blog post.

Other hardware makers who want early access to AVS can do so by asking Amazon nicely.

Amazon has been slow to bring Alexa and Echo to new markets, having expanded beyond the U.S. and into the U.K. and Germany in 2016, followed by Japan in November and France earlier this month. The company also brought Alexa and Echo to India, Australia, and Canada after adapting the virtual assistant’s brand of English to suit local markets.

Amazon did actually launch the Echo in some 80 new markets just in time for Christmas — but without optimizing the device for local lingos. The tacit understanding here was that users around the world would be expected to use English to converse with Alexa — or Japanese/German, if that is their second language of choice. That particular expansion was also telling insofar as a number of major markets — including France, Spain, and Italy — were omitted from the rollout, suggesting that Amazon was working toward creating fully localized versions of Alexa before making the Echo available to purchase in those countries.

With the three new European market launches, it’s clear that this is indeed the case, which means we can look at other markets where the Echo still isn’t officially on sale to determine what languages Alexa will be looking to learn next. With Spanish now on the menu, we can likely expect localized versions for Mexico and Argentina, while Brazilian Portuguese remains a huge hole in Alexa’s linguistic offering.

Looking at the competition, Google Assistant currently speaks 11 languages, though only five are available through Google Home speakers, which can now be bought in 10 markets. The company plans to expand to more than 30 tongues by the end of 2018. Apple’s Siri is conversant in 20 languages, but up until this week the HomePod speaker was only available to buy in the U.S., U.K., and Canada — as of yesterday, it’s also available in Canada, France, and Germany.