Light, which aims to bring DSLR-quality photos to mobile cameras through algorithmic imaging, has raised $121 million in a series D round of funding led by the SoftBank Vision Fund, with participation from renowned German company Leica Camera.

In a nutshell, the company develops digital photography tech that squeezes multiple lenses and sensors into smartphones and other mobile cameras to produce super high quality images.

Founded out of Palo Alto, California in 2013, Light has garnered a lot of headlines over the past few years while raising significant sums of cash before shipping any products. The company’s first product, the L16 camera, was announced back in 2015, though it didn’t start shipping until last summer. Packed into a portable handheld unit, the L16 sports 16 x 13-megapixel camera modules, giving it the ability to capture scenes at various focal lengths, and uses algorithms to combine multiple images into a single DSLR-quality photo. 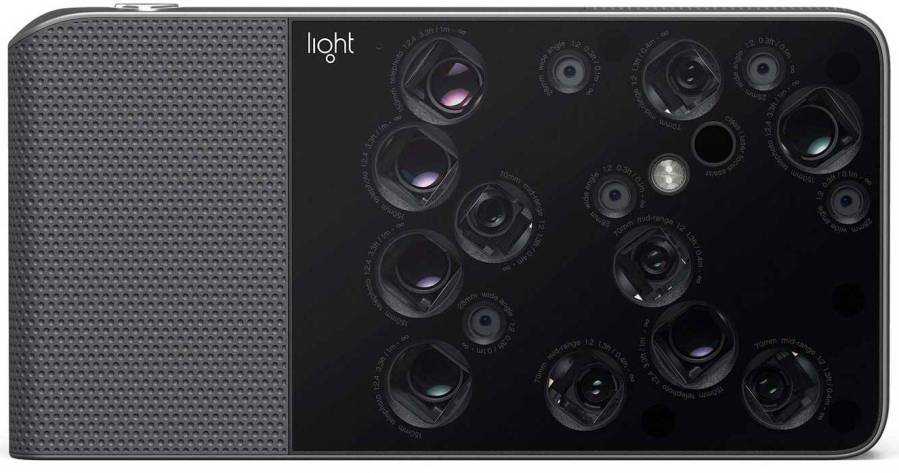 At around $2,000, the L16 isn’t cheap, but in many ways it’s more a show of technology and proof-of-concept than a mass-market device. What Light really wants is for third parties to build products off its platform.

With that in mind, Light has announced that a smartphone with its camera technology will launch this coming September. Though Light isn’t yet at liberty to reveal any more details, it’s probably safe to assume that this won’t be an entry-level smartphone. “It will shatter the expectations of mobile photography,” the company said in a statement issued to VentureBeat.

While we still don’t know the full ins and outs of this upcoming Light-powered smartphone, it appears the underlying principle will be similar to that of a growing number of smartphone cameras entering the market. Huawei’s P20, for example, combines photos taken from three lenses and adds a sprinkling of software-powered smarts to produce super-duper high quality photos. Now amp that up with more lenses, maybe tack an extra 50 percent onto the price tag, and this could be what we’re talking about with Light’s future proposition. But for the time being we can only guess.

Light had previously raised $65 million in funding, with Alphabet’s investment arm, GV, leading its $30 million series C round in 2016. With another $121 million in the bank, Light said it plans to expand its platform’s reach beyond consumer photography and into all manner of industries, including robotics, industrial imaging, security, automotive, augmented reality, and more.

“By replacing mechanical complexity with digital sophistication, [Light has] been able to drastically reduce the size, weight, and cost of traditional cameras,” noted Akshay Naheta, partner at SoftBank Investment Advisers. “This has paved the way for a whole new era of intelligent imaging applications. We believe that the opportunity to proliferate these technologies across other data-rich imaging platforms means that Light will completely revolutionize the world of mobile imaging.”

Nabbing iconic camera company Leica as an investor — alongside Japanese technology giant SoftBank, which has invested heavily in startups around the world after announcing its $100 billion Vision Fund back in 2016 — is a major coup for the five-year-old startup.

“Having the support of SoftBank Vision Fund as a strategic investor means this technology will see more of the world sooner than we could have ever imagined,” added Light CEO and cofounder Dave Grannan.