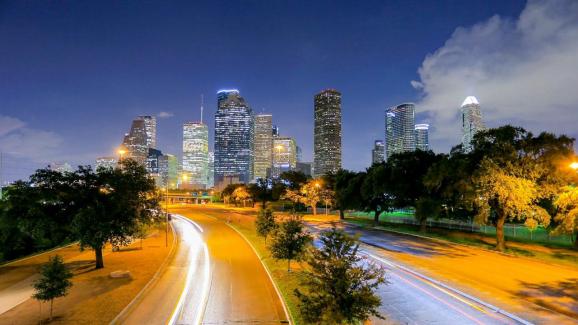 The announcement continues Verizon’s string of early 5G deployments in major metropolitan areas. While announcing new 5G deployments in medium-sized cities in North Carolina and Oklahoma, AT&T last week criticized rival T-Mobile for being overly focused on large cities, such as New York. AT&T said it was consciously attempting to avoid a “new digital divide” in the U.S.

Even so, Verizon is endeavoring to show that it’s also reaching out to underserved communities, a point that will be addressed by Houston mayor Sylvester Turner at a news conference later today. Amongst other locations, the carrier says that its 5G network in Houston will serve “the five traditionally under-resourced neighborhoods in the pilot phase of the mayor’s ‘Complete Communities’ program aimed at providing city services on an equitable basis.”

Today’s news leaves only one initial Verizon 5G city unknown. Verizon previously hinted that the last city might be Boston but has provided no additional confirmation yet. The company originally said it was considering a 2018 rollout of 5G in three to five cities, but it has since locked the number at four.

Following its four-city launch of fixed 5G services in 2018, Verizon has said that it will launch mobile 5G services in the first quarter of 2019. Yesterday, the carrier committed to using Ericsson networking gear as it upgrades its 4G cell towers in preparation for 5G services.

Update at 12:15 p.m.: During a press conference announcing the deal between Verizon and Houston, Mayor Turner hinted that Verizon would be investing at least $100 million in 5G for the city — and hopefully more, he said, like Verizon’s investment in Boston, which he noted was around $300 million.

Describing the deal as a “partnership,” Houston CIO Lisa Kent said that one goal of the deal is to make all of the city’s services available to citizens through mobile devices, reducing the need for in-person visits to offices. But incoming CEO Hans Vestberg underscored that while the first phase will be fixed 5G for residential broadband — a step he said was “two years ahead of the global standard” — it would continue with mobile services.