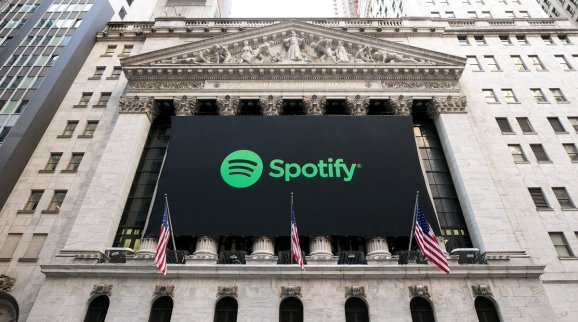 Spotify on the NYSE

I recently sat down at my computer to get some work done and in the adjacent Spotify app saw a friend from college playing “Brown Sugar” by D’Angelo. On impulse I moved my mouse over to like it — but I couldn’t because the Spotify app on Mac has no way to send a thumbs up, heart emoji, poop emoji, or any other kind of signal to tell my friend “Well done” or “This is garbage, do better.”

As limited as the social experience with the Spotify desktop app may be, it’s still better than the Spotify iOS and Android apps, which are both devoid of any social element beyond being able to create playlists with friends or share links to songs, albums, and playlists.

Should Spotify create its own AI assistant to take on Alexa or Apple’s personal DJ, it will need to incorporate social elements currently missing from the Spotify experience.

Today I can follow a friend from Facebook on Spotify and see what they’ve listened to recently, but I can’t follow updates to their playlists or gain any sort of deeper insights. I like hearing about my friend’s frequent returns to D’Angelo, and that my brother is once again playing “Can’t Stop the Feeling” by Justin Timberlake for his daughter, but that’s just the tip of the iceberg.

To be clear, Spotify has not yet said it intends to create an intelligent assistant for smart speakers, but job listings that emerged prior to an initial public offering in February invited applicants to join the company’s effort to create its “first physical products.” A voice search option is another clue the company may be laying groundwork for the launch of an AI assistant.

Spotify Voice is just a start

For Spotify’s 83 million paid premium users, Spotify Voice powers basic artist and song search requests and responds to things like “Play upbeat music” or “Play something I like” to launch a daily mix playlist automatically generated by Spotify.

You launch Spotify Voice with a long press of the search button in the mobile app. The service is currently listed in the Voice Assistants section of the Spotify website alongside Alexa and Google Assistant.

Spotify Voice made its debut in March, but the website encourages users to “Watch this space” to find out about additional surfaces beyond mobile apps for Spotify Voice in the future.

The current lack of social elements within the Spotify experience today is perplexing, given the fact that Spotify is an increasingly social company.

With the proliferation of millions of smart speakers, Spotify has become one of the most popular streaming services around, often the app of choice when people are playing music in homes and at parties. Where in decades past someone would have tossed on a record or radio station, today people take turns yelling out the name of their favorite songs and sharing in the DJ duties.

No matter who makes the hardware, playing music continues to be one of the top use cases for all smart speakers. If Spotify corralled the knowledge it has about users to offer social insights via voice, it could be a great deal for music lovers and help Spotify take on current smart speaker market leaders Google and Amazon.

I love music, which means I probably spend more time in the Spotify app than virtually any other on my phone, and that’s been the case for years, and in that time I’ve grown my appreciation for a stellar playlist.

Unlike static mediums I grew up with — like mix tapes and mix CDs — playlists can be dynamic, evolving over time into a well-curated experience. People can nurture playlists over the course of weeks, months, maybe even years.

Spotify’s social assistant could bring these sorts of things to my attention and tell me when a good friend has a song on repeat or a group of friends creates a playlist. When I find a source of good music or someone with similar taste, I quiet my mind and dive down the rabbit hole. I also tend to hold onto that contact and return periodically to find out what music has them excited, a habit that builds personal relationships.

Spotify already knows a lot about my taste. If my Spotify assistant used that intelligence to inform me when someone I consider a musical guide does something significant, that would be incredibly enlightening, and an awful lot more interesting than a lot of things I come across today on Facebook or Twitter.

Boosting the social component would be an organic way to enhance Spotify music recommendations and open up a whole new level of engagement.

This is all the more pressing because music discovery on Spotify feels stalled. There’s been a gem here or there, and I can enjoy radio stations derived from my favorite songs, but I have never felt satiated by recommendations in the Discover section of the Browse tab of the Spotify app.

The Discover Weekly playlist has been around since 2015 and takes intelligence drawn from a series of recommendation models. But to this day, it’s never really hit the spot when it comes to exposing me to new songs or enhancing my taste on a regular basis.

And while Spotify already offers a few opportunities to be social with friends, these simply don’t go far enough.

Where song sharing can lead

Since May, you have been able to share Spotify songs in Facebook and Instagram Stories. Spotify has also been incorporated into M Suggestions on Facebook Messenger, so when music emerges in a conversation you may get a recommendation to send the song with the Spotify bot.

But to really maximize its potential, Spotify needs to go beyond recommending similar songs and lead me places I didn’t even know I wanted to go.

Music recommendation engines like Spotify or Pandora can serve me nonstop tunes 24 hours a day, but my favorite stuff often comes from the people whose musical taste I’ve learned to trust.

For example, I don’t think I’ve ever bothered to listen to a Discover Weekly playlist from start to finish, but everyone’s Spotify account has the Liked from Radio playlist, songs a person has given the thumbs-up to when listening to a radio station, and these tend to be a far more interesting resource.

Other essential features for Spotify assistant: Voice alerts for new albums from my favorite artists or notifications about their music listening habits could be fun. An assistant could also allow people to say “Add this song to my playlist” or something along those lines. Both Alexa and Google Assistant lack the ability to carry out this simple task today.

I want to hear what my close friends with good taste are listening to and when they’ve got a song stuck in their head or make major changes to their best playlists. I can learn a lot about my friends on social networks today, but most of the time I’d rather know what you’re listening to than what’s on your mind.

A more social Spotify helped along by a voice assistant could end up being one of my favorite ways to stay connected online and make Spotify a much stickier experience.