At its “A moment of your time” event in New York City this week, Microsoft started rolling out its sixth free update to Windows 10. You can download it manually now or wait until Windows Update deems your PC ready. Either way, the update’s best part is the Your Phone app.

Your Phone is part of Microsoft’s Continue on PC functionality, which lets you send a task from your Android or iOS device to your Windows 10 PC. The feature first arrived with the Windows 10 Fall Creators Update in October 2017, and Microsoft has been broadening it ever since.

As its name implies, the app’s main purpose is to let you access your phone’s content — like text messages, photos, and notifications — right on your Windows 10 PC. During Tuesday’s event, Yusuf Mehdi, head of Microsoft’s modern life and devices group, explained his team was all about “empowering a new era of personal productivity. Where the big opportunity is, we believe, to help you make the most of your time so you can pursue the things that you care about. We are going to focus on people and meeting them where they are — whatever device they use, whatever location that they’re in. And we’re going to do so with product making that is responsible and inclusive of everyone and everyone’s abilities.”

Android and iOS, but mainly Android

How does that translate to Your Phone? It’s all about giving users back their time.

Everyone has interrupted their work on the computer to text or check a notification on their phone, breaking out of their flow. Your Phone lets you access your texts and photos from your Android phone right on your PC, so you don’t have to switch devices and can maintain your focus. 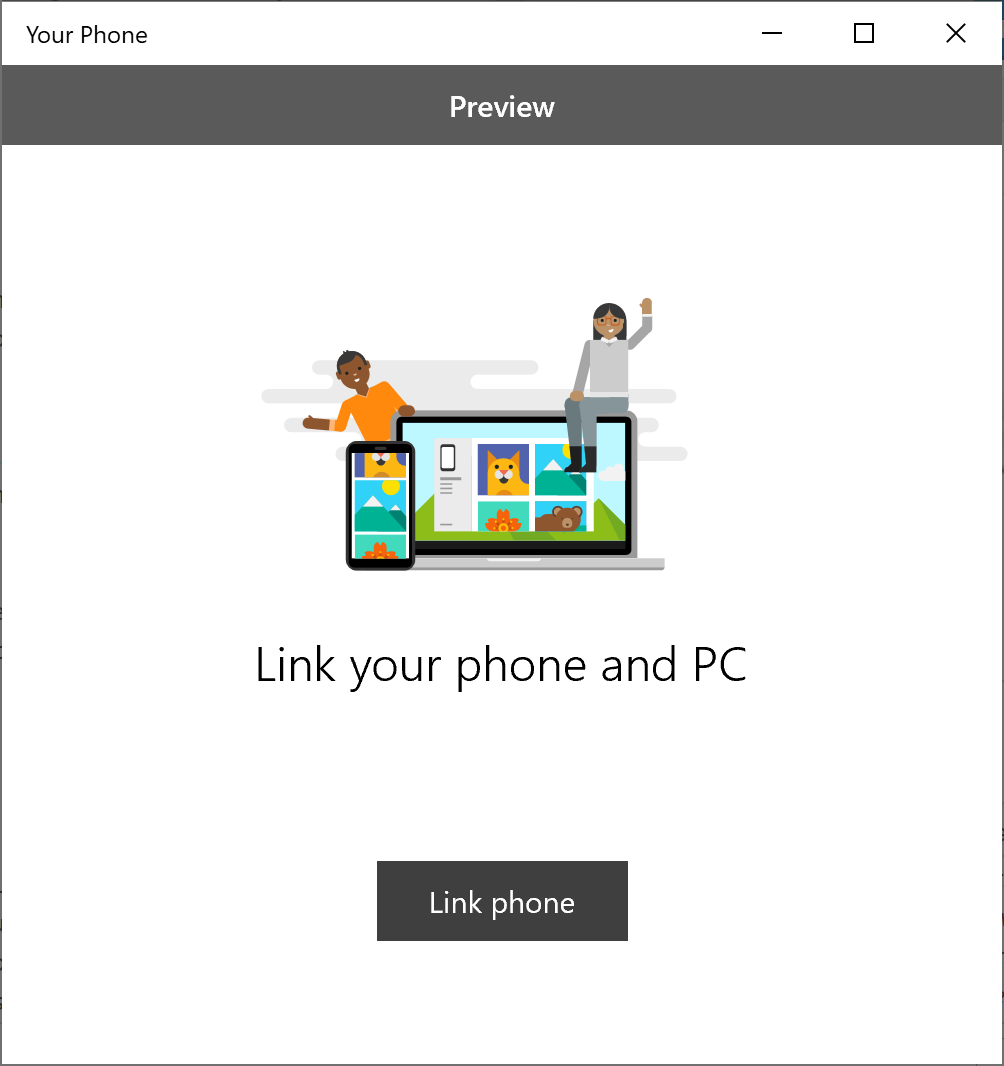 “In this world of multi-devices, we believe that our ecosystems should embrace multi-depth devices, just like we do with our software,” Mehdi said. “You should be able to use the devices you want with the phones that you want. We’re going to show you some examples of how we will bridge the world of Android and iOS with your Windows PC.”

Microsoft first unveiled Your Phone at its Build 2018 developers conference in May with that promise of bringing the mobile and desktop worlds closer together. The company has been testing Your Phone with Windows Insiders ever since, but it has not been available to all Windows 10 users until now.

Android users can snap a picture on their phone and see it on their PC — no manual emailing, sending, messaging, uploading, or downloading required. Your Phone automatically syncs your Android’s most recent photos and lets you drag and drop the ones you need. Your Phone also includes SMS support: text your friends, group message, and type with a keyboard. As long as you have an Android phone, Your Phone lets you view, send, and receive texts on your PC. On pen-capable devices, you can even use ink to write out a reply, and if you have a microphone, you can use your voice to dictate a message.

iPhone users get the short end of the stick, thanks to Apple and its insistence on limiting iOS. They can use Your Phone to send webpages to their PCs and pick up where they left off. Using Edge, iOS users can continue reading, watching, or browsing on a bigger screen.

In short, Your Phone is awesome, if you’re an Android user. I’m not at all surprised the companion app is already trending on Google Play.

Your Phone is a serious upgrade to your existing workflow. Take the photo feature, for instance.

People all have their own hack to “quickly” transfer a photo from their phone to their PC. Some attach them in an email, others plug in their phones and dig through folders, while the rest upload them to the cloud and pray. I’ve done all this and then some — my go-to has become Google Photos, but even that involves a lot. You have to open up the Google Photos website, log in with the right Google account, refresh the page as well as refresh your phone (since it sometimes doesn’t even load your latest photos), download the photo you want, and then bring it into whichever application you wanted.

With Your Phone, you just drag and drop.

If that’s still not good enough for you, don’t worry. At this week’s event, Microsoft showed off an upcoming Your Phone feature called “app mirroring” (final name still pending). That’s right — Android users will eventually be able to see and interact with their phone screen right on their Windows 10 PC.

I don’t care if Microsoft wants to call this “a new era of personal productivity” or “app mirroring” or “Windroid.” This is going to be great.

Your Phone will soon become your phone.