This was one of the busiest weeks in recent memory for AI assistants from Facebook, Google, and Amazon, as each of these companies began to roll out the new category of smart display devices with AI assistants, speakers, and a screen.

In the same week that a new wave of Echo devices came to market like the Echo Dot and Echo Show, Google debuted the Home Hub, Pixel 3, Pixel Stand, and Pixel Slate.

What’s absolutely astonishing and inescapable is that while each of the stories unfolded and tech giants made a pitch to be invited into your home, perpendicular events happened that could make you question whether these companies can protect your privacy or be trusted.

A reasonable person could have looked at Facebook on Monday and scoffed at the gall of rolling out a device for video chat in the home just days after leaving 50 million user accounts vulnerable and the personal data of 30 million users being stolen, but then Google had to shut down Google+ a day before its hardware event. And a day before the Echo Show and Echo Dot hit the market, we found out that Amazon has been using an algorithm in its hiring and recruitment processes that penalized applications with “women” in them for years.

It’s really hard to measure the impact of these sorts of things on adoption rates, but it brings to mind a Pricewaterhousecoopers survey released earlier this year that found that roughly 10 percent of people don’t own smart speakers due to privacy concerns.

Anyone reading this article has likely spoken with a family member or friend who refuses to use a smart speaker for these reasons, but it doesn’t seem like any revolt is underway. Smart speaker sales have grown steadily for some time now, and it doesn’t seem like this week will change that. But the continuing concern about how they are perceived could stifle innovation.

Consumer privacy concerns led Facebook to limit initial use cases for Portal, keeping out much of its knowledge of your social life, and it’s potentially why Portal did not debut with facial recognition software, as had initially been reported.

It’s also why Google says the Home Hub has no camera; however, I think there’s more to that story.

Trust or a desire to be seen as trustworthy will shape some parts of these devices, because these companies have to convince the world not just that they’re selling more than a smart speaker with a screen, but that they can be trusted.

The latest tech and AI, along with video partners like Hulu, will certainly help increase adoption of AI assistants, but trust is also a necessary ingredient. It’s what appears to be necessary for more experimentation and better experiences and could play a role in determining whether people allow them in their home..

P.S. Please enjoy this YouTube video from Berkeley AI researchers about training AI acrobatics from YouTube videos. You can read more in this VB article on the paper released Tuesday. 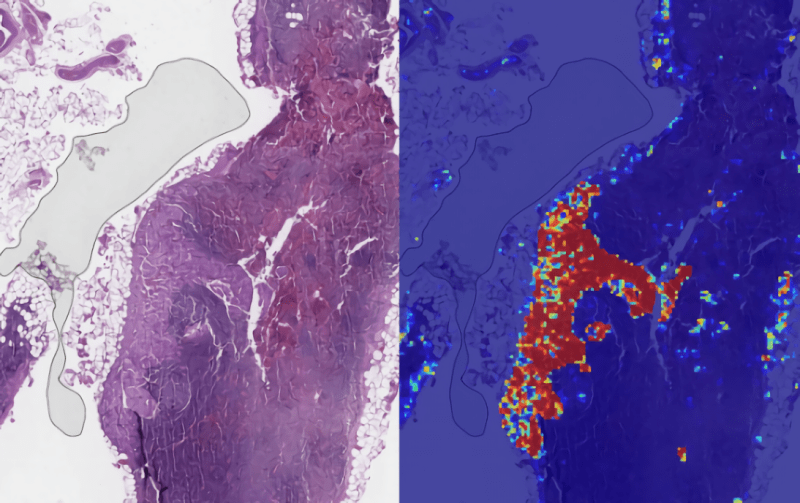 Metastatic tumors — cancerous cells which break away from their tissue of origin, travel through the body through the circulatory or lymph systems, and form new tumors in other parts of the body — are notoriously difficult to detect. A 2009 study of 102 breast cancer patients at two Boston health centers found that one […] 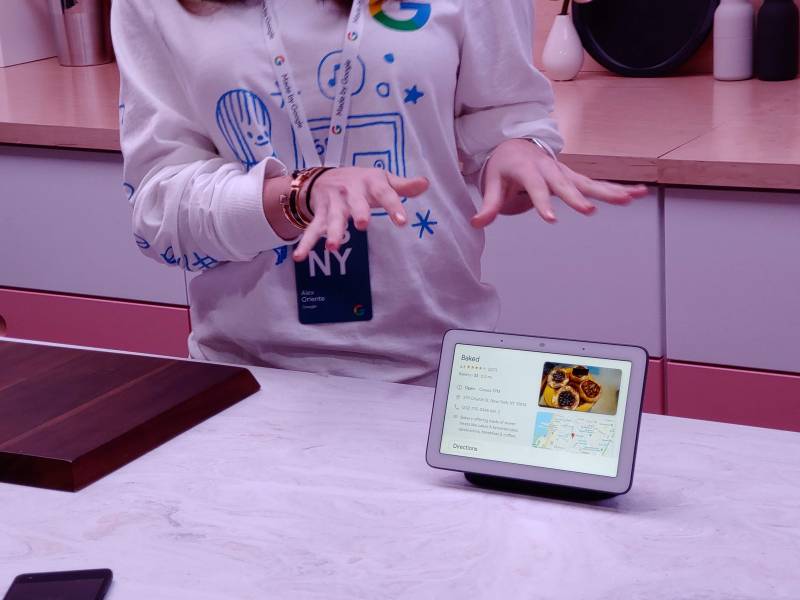 Google unveiled the Home Hub, a device that delivers visual interaction with Google Assistant, on Tuesday. A lot of what we know about the Home Hub was leaked beforehand. The same can be said for the Pixel 3, Pixel Stand, and the Pixel Slate. What’s baffling — and what might be the biggest surprise of […] 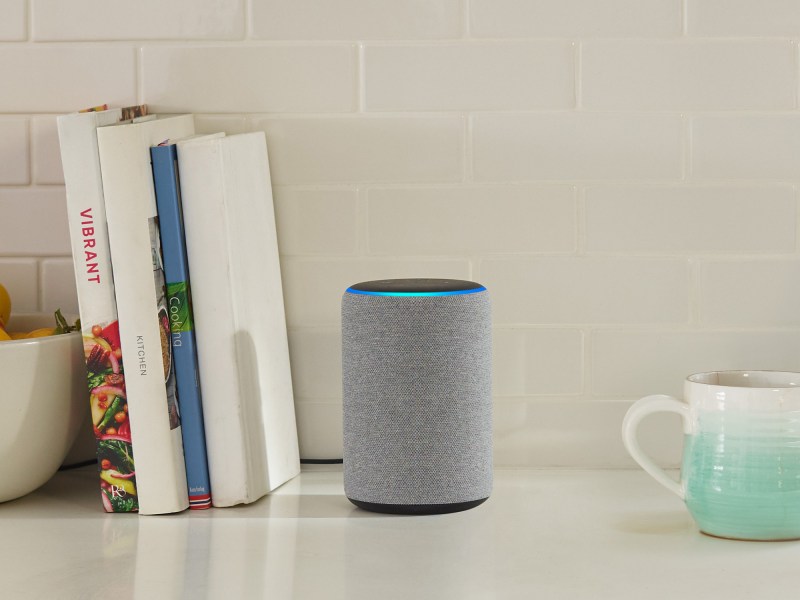 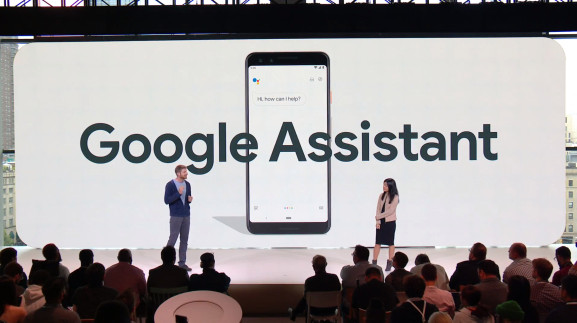 Google Assistant will soon be able to answer questions from the lock screen of Android smartphones. Today, Android phones can only respond to the “Hey Google” wake phrase when unlocked with a 4-digit pin or fingerprint scan. The update, one of many announced today being rolled out in the coming weeks, means Android phones will […]

Magic Leap showed off a demo of Mica, a humanlike artificial intelligence that can be viewed in the company’s augmented reality glasses, the Magic Leap One Creator Edition. I saw a demo of Mica, a short-haired woman who doesn’t speak but still communicates in warm ways with the viewer. I put the AR glasses on […] 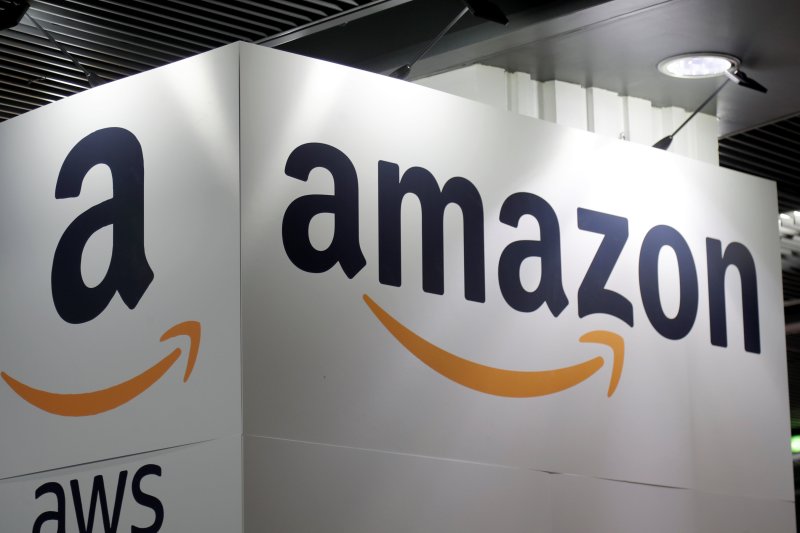 (Reuters) — Amazon.com’s machine-learning specialists uncovered a big problem: their new recruiting engine did not like women. The team had been building computer programs since 2014 to review job applicants’ resumes with the aim of mechanizing the search for top talent, five people familiar with the effort told Reuters. Automation has been key to Amazon’s […] 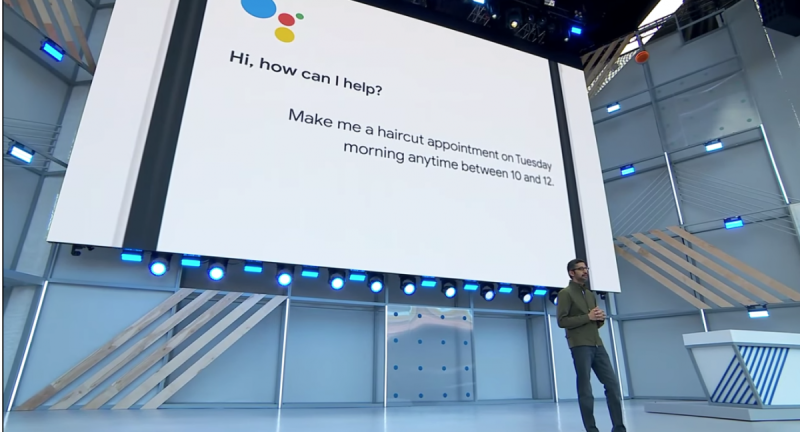 Google’s Duplex AI is coming to Pixel 3 in November

Google today announced it will bring Duplex, the conversational AI that makes phone calls on a user’s behalf to do things like schedule appointments or restaurant reservations, to Pixel 3 smartphones due out November 1. Duplex will first be made available in New York, Atlanta, Phoenix and the San Francisco Bay Area, a company spokesperson […]

Last week, we described the long-term crisis for democracy. But advanced Western economies face another pressure point — artificial intelligence, which is proving to be a new advantage to autocratic government. (via Axios)

Iron Ox, based in California, aims to improve labor shortages and pressure to produce crops by using AI and heavy machinery (via The Guardian)

Could an artificial intelligence be considered a person under the law?

Humans aren’t the only people in society — at least according to the law. In the U.S., corporations have been given rights of free speech and religion. Some natural features also have person-like rights. But both of those required changes to the legal system. A new argument has laid a path for artificial intelligence systems to be recognized as people too — without any legislation, court rulings or other revisions to existing law. (via PBS)

It’s a question asked many times by philosophy professors, autonomous car engineers, and even the former hosts of Top Gear: if a self-driving car is barreling towards a pedestrian in the road and has the option to swerve and put other pedestrians in danger, which alternative should it choose? (via The Car Connection)