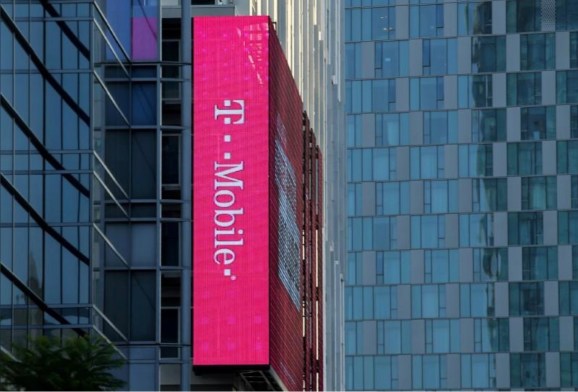 A T-Mobile logo is advertised on a building sign in Los Angeles, California.

Like all of the 5G networks debuted to date, T-Mobile’s service in Poland is starting with a limited geographic area, with plans to expand over “the coming months and years.” Even so, the carrier’s 5G network is quite small: It’s currently being offered solely in central Warsaw, providing high-speed wireless access to business partners as they work to develop products and services for the mass market.

“We do not wait for the future; we create it today for Poland by building and launching the first 5G network in our country,” said T-Mobile Polska CEO Andreas Maierhofer. “It’s noteworthy that the installation we have launched today is not just an isolated test of our technology, but an actual fully fledged network of the fifth generation, which we will gradually expand and spread to other cities to ultimately cover the entire country.”

Interestingly, T-Mobile’s 5G network in Poland is using the 3.5GHz band — a “mid-band” radio frequency that will be used in Europe and Asia to provide faster speeds than 4G, but slower speeds than the millimeter wave technologies Verizon and AT&T are deploying in the United States. The U.S. only recently opened the 3.5GHz band for 5G service, and U.S. carriers are still developing their plans for it. Between its own 600MHz network and the 2.5GHz one it plans to acquire from Sprint, T-Mobile appears set to use different radio frequencies in the U.S., potentially making its devices incompatible across countries.

Another wrinkle: Though it was left out of the company’s U.S. announcement, T-Mobile is reportedly using Huawei technology to build its 5G network in Poland. The Chinese company has been under scrutiny for the entirety of 2018 due to questions over the security of its networking products and has seen its aggressively priced 5G hardware banned in several countries, most recently Japan.

T-Mobile parent company Deutsche Telekom flagged Poland a year ago as one of its key markets and signaled that the country would be one of the first in Europe to receive a 5G network. But the specific launch timing was ambiguous, and the company said two months ago that it would not offer 5G service in its home country of Germany until 2020. Regulatory and investment recoupment challenges in Europe have bogged down 5G launches across the region, even as live networks have launched in the U.S. and South Korea.

Launching in Poland has given T-Mobile the opportunity to assert a “first” in the global race to 5G, though its use of Huawei hardware raises questions about what will actually happen with the network going forward. T-Mobile notes that its Warsaw network began by covering the center of the city with only five base stations, a scope that could make replacing the hardware easy if necessary.