It’s been quite the journey for Sphero, the Colorado company best known for its app-enabled balls that teach coding, perform tricks, and make for great cat toys. In the roughly eight years since it announced its eponymous product, Sphero has launched an education-focused lineup ( Sprk) and miniature Sphero models (Sphero Mini) and collaborated with Disney on licensed products like Ultimate Lightning McQueen, R2D2, BB-9E, and Spider-Man.

But after focusing the bulk of its efforts on robotics for years, the company is now expanding to new ventures. At the 2019 Consumer Electronics Show, it demoed Specdrums, app-controlled rings that turn color into sound.

Sphero acquired the Kickstarter-backed Colorado company behind Specdrums in June. At the time, Sphero said it would release a newer version of the rings in early 2019. It’s making good on that promise: Specdrums will hit online retailers at $65 for one ring and $99 for two rings on January 7, with an expected ship date of January 15. In-store availability will follow in spring 2019.

“Sphero recognizes Specdrums as an opportunity to engage kids at the intersection of arts, math, science, and technology, building a parallel framework between coding and music composition,” Sphero CEO Paul Berberian said in a statement. 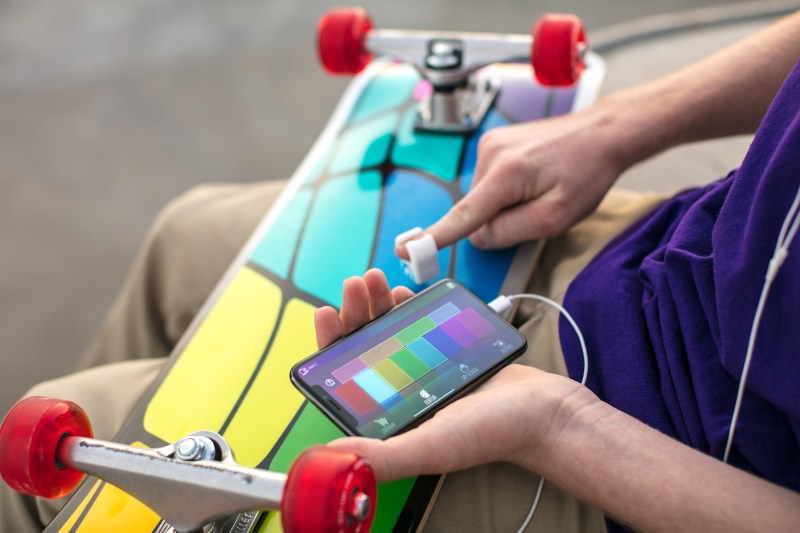 There’s more to Specdrums than their cute plastic exteriors would suggest. The Bluetooth-enabled rings produce sounds that can be customized with a smartphone companion app, creating anything from drumbeats to keyboard pings and over 100 other synths, recordings, and effects. They’re able to turn virtually any hue into sound with a tap, including the 12 colors on the accompanying play pad. And thanks to compatibility with apps that support Bluetooth MIDI (e.g., Apple’s GarageBand and Ableton Live), the rings can double as full-fledged instruments.

Up to 10 rings can be connected at once and used to create musical loops — or “Sloops” — that consist of layered beats and melodies created within the app. Built-in sharing tools allow Specdrums musicians to share their compositions with friends and on social media. Moreover, thanks to an open source Python library for iOS, MacOS, and Linux, both skilled and budding developers can create their own apps with games.

Specdrums are also integrated into Sphero’s open software development kit (SDK), enabling Sphero owners to do things like control their robots’ movements by gesturing while wearing a ring.

“By seeing the world around them as a canvas, kids are able to use Specdrums to create their own songs using coding, which is really exciting for them, their parents, and their teachers. Meanwhile, the creative pattern-making of loops and sounds strengthens their math and problem-solving skills.” Berberian said. “With Sphero’s infrastructure … we believe there’s a huge opportunity to continue to inspire curiosity in classrooms and beyond.”

The launch of the refreshed Specdrums follows on the heels of Sphero’s Bolt, a beefed-up version of the company’s Sprk+ that boasts a programmable 8 x 8 multicolor LED matrix and an infrared sensor. Both come as Sphero redoubles its commitment to the multibillion Steam market — after choosing not to pursue new licensing deals with Disney.

“We most likely won’t be doing [licensed] products [in the near future],” Wilson said at the time, “[unless] the right thing comes around.”