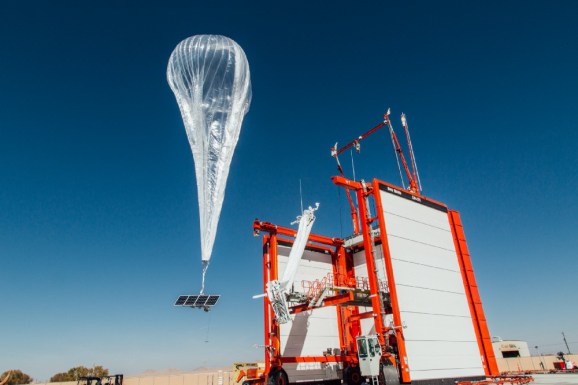 Alphabet subsidiary Loon has assembled a new advisory board of telecom insiders to help turn its stratospheric internet balloons into a commercial service.

Google’s parent company launched Project Loon in 2013 to create a balloon network that beams internet to remote areas. After several years of development, the company announced last summer that it believes the technology has proven itself and said it would begin the process of turning it into a business.

To do that, it needs to partner with Mobile Network Operators (MNOs) around the world, so the company has tapped three people with MNO experience to advise.

“As Loon transitions to a commercial business and looks to partner with MNOs worldwide, we’re adding some serious expertise to our ranks with a new Advisory Board that brings together top wireless innovators with decades of experience in the industry,” Loon CEO Alastair Westgarth wrote in a post on Medium.

Indeed, the three bring considerable experience in the telecommunications field. Craig McCaw is best known for starting McCaw Cellular, which was a pioneering wireless company that was eventually acquired by AT&T. Ian Small is currently CEO of Evernote and was previously chief data officer at Spanish carrier Telefonica. And Marni Walden was the former executive vice president and president of Global Media and New Business for Verizon.