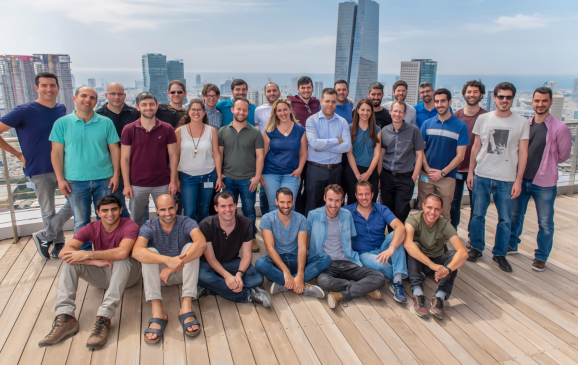 The Hailo Technologies team poses for a photograph.

Artificial intelligence (AI) chips — that is, microprocessors optimized for machine learning workloads — are poised to attract tens of billions of dollars in investment capital within the next decade. Allied Market Research forecasts that they’ll be a $37.8 billion industry by 2025, fueled by growing demand for faster, cheaper, and higher-efficiency AI model training and inference hardware.

One of the latest to mount a run for the gold is Hailo Technologies, a secretive Israeli firm that emerged last summer with $12.5 million in series A funding. Its laser focus on edge devices and high-resolution sensory processing helped it to stand out in a crowded field, and this week catapulted it to an expanded round of financing.

Hailo today revealed that Glory Ventures, a Chinese venture capital firm, is leading an investment-round expansion joined by existing investors Maniv Mobility, OurCrowd, and NextGear, as well as new partners. It brings the total raised to $21 million, enabling Hailo to target markets in China and Hong Kong, said CEO and cofounder Orr Danon. Additionally, it shores up the company’s financials ahead of the launch of the Hailo-8 Fast Track program, which will offer early birds the opportunity to evaluate samples of its Hailo-8 processor.

“The expansion of our Series A round and the addition of Glory Ventures to our investor roll boosts our ability to bring out innovative, powerful and resilient deep learning processors for edge devices,” Danon said. “The upcoming samples of our Hailo-8 processor will help players in multiple markets overcome the daunting barriers of sufficiently low power consumption, size and cost which currently prevent them from deploying intense deep learning capabilities in their edge products.”

Hailo — which has yet to disclose details about its chip’s architecture — aims to “bring intelligence to any product,” with the ambitious goal of completely “redesign[ing] … the pillars of computer architecture — memory, control, and compute — and the relations between them.” Danon sees the company’s silicon eventually making its way into drones, wearables, augmented reality headsets, surveillance cameras, smart home devices, smartphones, and more, but the immediate focus will be autonomous vehicles.

He expects the first batch of microprocessors to ship to customers early this year. Unfortunately for Hailo, it’ll face competition in spades.

Mobileye, the Tel Aviv firm Intel acquired for $15.3 billion in March 2017, offers a computer vision processing solution for AVs in its EyeQ product line. Baidu in July unveiled Kunlun, a chip for edge computing on devices and in the cloud via datacenters. And Chinese retail giant Alibaba said it plans to launch an AI inference chip for autonomous driving, smart cities, and logistics verticals in the second half of 2019.

That’s not to mention San Francisco startup Esperanto Technologies, which raised $58 million in November to develop custom AI chips based on the open source RISC-V instruction set, and Imagination Technologies, which last month announced what it calls a multicore “neural network accelerator.” Looming on the horizon is Intel’s Nervana, a chip optimized for image recognition that can distribute neural network parameters across multiple chips, achieving very high parallelism.

But Eric Yang, a founding partner at Glory Ventures, expressed optimism in Hailo’s ability to continue to differentiate itself.

“We have been following the AI compute global landscape closely and found Hailo’s technology to stand out,” he said. “We are impressed with the Hailo team and their ability to execute. We look forward to continuing our relationship with them as AI becomes a ‘must-have’ technology in every camera-enabled device.”