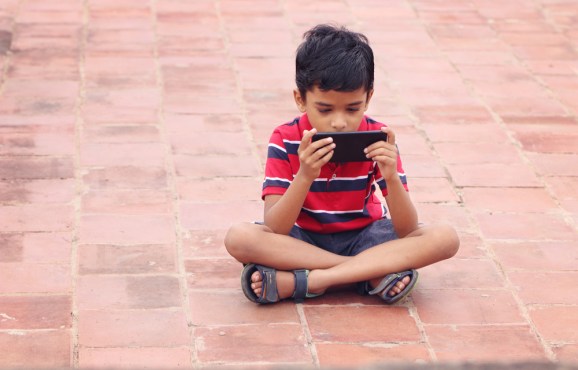 As smartphone shipments drop globally and in most individual markets, including the U.S. and China, at least one region is reporting an unusual, growing appetite for handsets: India.

This is in contrast to the declining interest in purchase of new smartphones in most global markets. According to projections from IDC, another research firm, global smartphone shipments were down 3 percent last year.

China, the world’s largest smartphone market, saw a decline of 15.5 percent last year, according to Canalys, also a research firm. (For the past several quarters, the volume of smartphone shipments has been down in the U.S. too.) This, coupled with the growing economic and trade tensions between the U.S. and China, has compelled several smartphone makers to turn their attention to India for growth. But so far, it is mostly the Chinese players that have emerged as winners.

The second home for Chinese vendors

Chinese vendors are dominating in India, seeing immense success in selling budget and mid-range smartphones (under $230) at a tiny profit margin. China’s Xiaomi remained the top smartphone vendor in the country with 28 percent of the market in 2018, up from 19 percent a year ago, according to Counterpoint.

It’s no wonder then that Xiaomi, which is slowly expanding its footprint in Western markets, is planning to focus even more heavily on expanding its India business. The company, which entered the country in 2014, relied exclusively on online channels for distribution of its handsets in the early days, but it has been aggressively opening brick-and-mortar stores in recent years. It said late last year that it plans to have 5,000 physical stores, up from some 500 at the moment, in India by end of 2019. This week, it launched ShareSave, a cross-border ecommerce platform that is currently exclusively available to Indians.

This aggressive tack by Xiaomi, which last year pledged to cut its profit margin on hardware to five percent or lower, has enabled the company to maintain its lead over Samsung, which owned 24 percent of the smartphone market last year. Chinese phone vendors Vivo and Oppo and India’s Micromax held to their 10 percent, eight percent, and five percent of the market, respectively. Overall, Chinese phone makers had 60 percent of the smartphone market last year, up from 54 percent during 2017. In interviews with VentureBeat last year, executives of OnePlus, which leads the premium smartphone segment in the country, and Xiaomi said that India has become their most important market.

Other Chinese players are also catching up. Tecno’s market share grew by 221 percent in 2018 as it expanded its offline reach, while Infinix and Huawei’s Honor sub-brand saw their individual market reach grow by more than 100 percent, according to the report. Even as Huawei, the world’s second largest smartphone vendor, faces mounting pressure from U.S. and European markets, the company has largely managed to avoid scrutiny in India. Finnish mobile company HMD Global, which sells handsets under the Nokia brand, saw a 138 percent growth in its market share in India. (Nokia once ruled India’s handset market.)

India, which is the second largest smartphone market, has emerged as an outlier in recent years. At a time when most markets are maturing and people are beginning to hold on to their existing phones for longer, millions of Indians are buying their first smartphone each month. And this trend is likely to continue as Counterpoint estimates that just 45 percent of the local market has been penetrated so far.

Selling smartphones at low prices is crucial for success in India, the per-capita GDP of which remains under $2,000. Smartphones priced between $150 and $230 saw the most traction in the country last year, said Counterpoint. Perhaps the biggest evidence of this comes from the rise of feature phones. These “dumb” phones accounted for 56 percent of the 330 million mobile handsets that were shipped in India. According to Counterpoint, feature phones are still growing at a faster pace than smartphones in the country.

Feature handsets from Jio, a subsidiary of India’s most powerful company, captured 38 percent of the feature phone market in 2018, up from 11 percent in 2017. Samsung, which also sells feature phones in India, assumed 12 percent of that market, down from 21 percent last year.

The price barrier has hit Apple, which had just 1.1 percent of the local smartphone market share last year, Counterpoint told VentureBeat. To improve its market position in India, Apple continues to offer consumers older iPhone models. The iPhone 6, which was launched in 2014, for instance, is still selling in India. Refurbished iPhone 5s units are also trading on Amazon India at prices under $115.