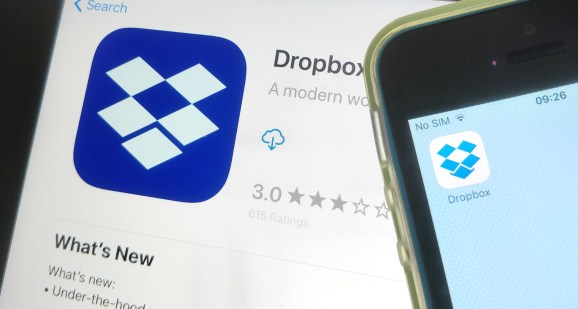 Dropbox has made its biggest known acquisition to date, snapping up fellow San Francisco company HelloSign in an all-cash deal worth $230 million.

Founded in 2011 as HelloFax, HelloSign has always been about helping create a paperless office by enabling electronic signatures, though it offers additional services, such as online faxing. HelloSign had previously raised $16 million in a round of funding around 18 months ago.

HelloSign actually already had a relationship with Dropbox. Back in November, HelloSign was among the launch partners for Dropbox’s new extensions product, which opened up the cloud-storage service to myriad third-party applications and tools. Alongside integrations such as DocuSign and Adobe Sign, the participation of HelloSign essentially meant users could share PDF or Word documents externally from within Dropbox and request an e-signature, with the final signed file automatically saved back into the user’s Dropbox account.

Fast-forward two months, and Dropbox is buying HelloSign outright, a deal that is expected to close in the next few months.

“With over an exabyte of data on our platform, millions of people already use Dropbox as a place to collaborate on their most important content,” said Dropbox cofounder and CEO Drew Houston in a statement. “We’re thrilled to welcome HelloSign’s talented team to Dropbox and add their capabilities to our product suite.”

The acquisition makes a great deal of sense for Dropbox as it continues to woo the business community. Indeed, in its original guise, Dropbox was more of a consumer-focused cloud storage product, but it has been evolving into a more sustainable subscription-based business by doubling down on the enterprise. As part of this effort, the company has pushed for tighter integrations with other business-focused services, including Salesforce, and last year it revealed a partnership with Google to allow G Suite users to store their files in Dropbox. Last week, Dropbox launched time-based commenting for collaborative video editing — apparently Dropbox is popular among filmmakers.

According to HelloSign CEO Joseph Walla, service will continue to operate as is — meaning this deal shouldn’t impact existing customers. “There won’t be any changes to your day-to-day experiences with our products,” he said. “HelloSign will continue to operate as normal within Dropbox. Our first and foremost priority has always been and will remain taking care of our customers. If anything, our customers can expect an accelerated rate of innovation to the HelloSign products they know and love already, supported by the resources and reach of Dropbox.”

Dropbox hasn’t given any indication of how it will leverage HelloSign, but the products are a good fit and will likely lead to deeper integrations. With more transactions being carried out online, e-signatures are only going to become more commonplace — and Dropbox is ensuring that it can cater to this demand. It’s also worth noting that this is likely Dropbox’s biggest acquisition to date by a fairly wide margin — its previous biggest deal was back in 2015, when it bought Cloudon for a reported $100 million.

“HelloSign has built a thriving business focused on e-signature and document workflow products that their users love,” Houston added. “Together, we can deliver an even better experience to Dropbox users, simplify their workflows, and expand the market we serve.”