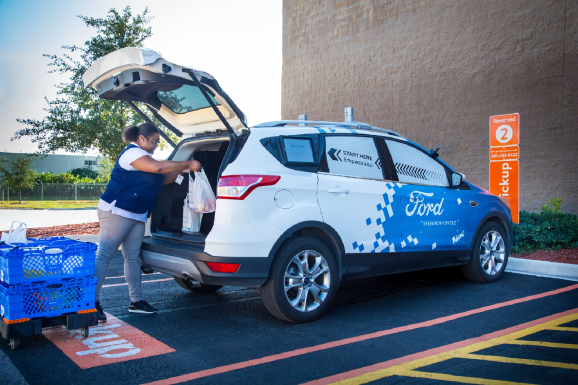 Pittsburg-based Argo.ai, a driverless vehicle startup founded by former executives from self-driving teams at Google and Uber, has obtained a permit to test its autonomous cars on California roads. The approval, which was issued by the California Department of Motor Vehicles, was first spotted by TechCrunch and was confirmed by a spokesperson to VentureBeat.

Argo has a close relationship with Ford, which in February 2017 said it would invest $1 billion in the startup over the next five years to help it achieve its goal of producing a self-driving vehicle fleet by 2021. This made Ford the company’s largest shareholder and enabled Argo to hire 200 additional employees — many of whom were Ford employees working in the R&D department on a virtual driver system.

“With Argo AI’s agility and Ford’s scale, we’re combining the benefits of a technology startup with the experience and discipline we have at Ford,” Fields said when the news was announced.

Argo is currently piloting its autonomous systems in Miami and Detroit, with plans to expand tests to Washington, D.C. in the coming months. The system — which comprises sensors like cameras, radar, and lidar, in addition to software and a bespoke compute platform — is one of Argo’s core projects; the other is creating and maintaining high-definition maps of the roads on which its cars will drive.

In addition to Pittsburgh, Argo has locations in Mountain View, California and Dearborn, Michigan.

Ford has reiterated its driverless car ambitions in recent months.

After to the $1 billion it set aside for Argo, it earmarked $4 billion in July 2018 for a new unit — Ford Autonomous Vehicles LLC — to house its self-driving vehicle operations, including its autonomous vehicle research, engineering, and systems integration, as well as business strategy and development. More recently, it entered into “exploratory talks” with Volkswagen to jointly develop self-driving vehicles, according to Reuters, and teamed up with Postmates to deliver food, personal care items, and other everyday goods from select Walmart stores in Miami-Dade, Florida.