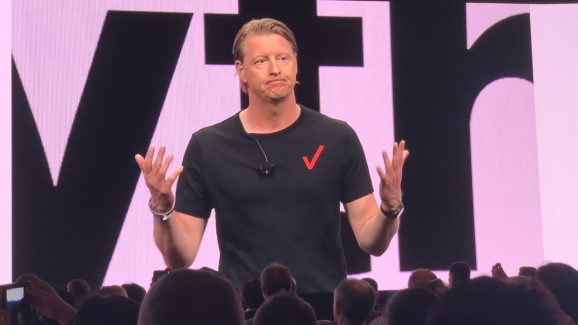 Last October, Verizon became the first major carrier to launch commercial 5G services — a feat achieved using pre-standards “5G Home” hardware, which the company said it would upgrade to standards-based 5G technology whenever it became available. During today’s Q4 2018 earnings conference call with analysts, Verizon CEO Hans Vestberg said that standards-based 5G home hardware isn’t coming until the second half of 2019, effectively confirming that the four-city 5G Home network won’t expand much beyond its current footprint until then.

Unlike rival AT&T, which waited for standards-compliant 5G hardware guaranteed to work with 5G smartphones, Verizon wanted to be first to market with some form of 5G, even if that meant using unfinished 5G hardware. To meet its 2018 launch date, it installed pre-standards 5G hardware on towers and in customers’ homes, enabling residential users to reach up to 1Gbps speeds — with one caveat. At some point, the network and home devices would need to be updated, either through firmware or replacement hardware, in either case at the carrier’s expense.

Consequently, Verizon had to choose between building a large 5G network with unfinished parts or taking a more gradual approach. The carrier ultimately opted to launch 5G in only four U.S. cities — Houston, Indianapolis, Los Angeles, and Sacramento — and only in parts of those cities. In December, the company said it would wait until standards-based equipment was available to expand further.

Vestberg said today that Verizon’s 5G was “fully deployed in the four cities we have decided” and confirmed that further expansion was “waiting for the CPE equipment.” He explained that getting 5G smartphones to market has become the “first priority” for device makers this year, with 5G CPE home routers consequently taking a back seat. “We expect this year we’ll see CPE hardware for the standard in the second half of 2019,” explained Vestberg, noting that partners — including Motorola and Samsung — were working to get smartphones ready for launch on Verizon’s network.

Even at this late date, it’s unclear when the 5G phone launches and expansions of Verizon’s network to accommodate them will actually take place. The carrier has dodged multiple requests to offer timetables for its 5G rollouts, most recently at CES and again during the call. Asked by an analyst to provide a sense of its anticipated 5G footprint by the end of 2019 and 2020, Vestberg declined, saying it was “nothing we want to disclose for competitive reasons.”

The holdup appears to be largely hardware-related. Vestberg said Verizon has spent years preparing for its 5G rollout but is waiting for the industry to catch up so it can offer both home and mobile services. “We’re going to go fast as soon as we have all the pieces [in place] for 5G Home and 5G mobility …. We need to see that the ecosystem is … equally [as] ready as Verizon is now.”