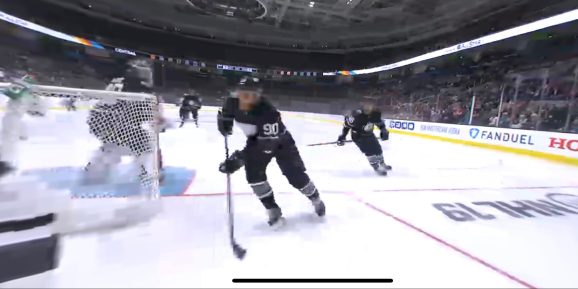 Best known for its virtual reality videos of live events, NextVR today announced a partnership with the NHL to deliver 3D highlights from the hockey league’s “marquee events.” According to NextVR, the post-game highlights will include everything from matchups and goals to big hits, using stereoscopic VR footage that lets viewers feel like they’re in the arena.

The deal starts with 3D video filmed at last weekend’s NHL All-Star Game in San Jose, California, which is available now on a new NextVR NHL channel. No additional NHL games are currently on NextVR’s schedule, but that will change shortly, complementing the NBA, boxing, tennis, and WWE wrestling events covered by the company’s services.

“Not every fan can experience our marquee events in-person,” said NHL VP Chris Golier, “but NextVR’s immersive content will bring fans closer to the on-ice action than ever before and make them feel like they are at a live NHL game.”

The highlights will be distributed for free globally through NextVR’s app, which itself is available at no charge across every major VR platform — PlayStation VR, Windows Mixed Reality, and multiple Oculus and HTC Vive devices, to name a few. NextVR Now apps are also available to let iOS and Android devices preview VR footage in 2D, with full 3D VR support for Google Daydream headsets.