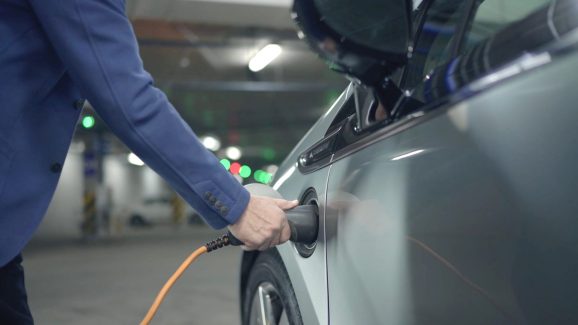 The burgeoning electric vehicle (EV) industry may still be in its infancy, but the oil and gas sector has seen the trajectory — and knows the future is very much about “clean energy.”

With that in mind, oil and gas giant Shell has revealed plans to buy Greenlots, a Los Angeles-based company that produces EV charging stations and software for facilities across North America and elsewhere. Terms of the deal were not disclosed.

As a result of the acquisition, Greenlots will become a subsidiary of Shell New Energies, a sub-division Shell set up in 2016 to focus on “new fuels” for transport.

Founded in 2008, Greenlots sells charging stations to cities, automakers, workplaces, and other property owners. It also offers the software to manage and monitor this infrastructure. On the consumer side, it serves up mobile apps to help drivers find stations and pay for their charge.

Under Shell’s stewardship, Greenlots will now be able to accelerate its “electric vehicle infrastructure deployment and management across North America,” according to a statement.

The EV market remains modest relative to petrol and diesel, but it is growing fast. China leads the way, with around 37 percent of passenger EV sales globally since 2011. According to Bloomberg NEF, cumulative EV sales hit the 4 million mark a few months back — which isn’t a lot considering there are more than a billion cars on the world’s roads. However, this clouds the underlying trend — it took around five years to sell the first million electric cars, and about one and a half years to sell the second million, followed by just six months to pass the 4 million milestone. Bloomberg NEF predicts we’ll reach 5 million EVs sold by around March 2019.

In the U.S. last year, EV sales grew by more than 80 percent. As an overall percentage, EVs barely scratch the surface of total vehicle sales, but looking at the growth numbers it’s clear why some carmakers have already signed up to make only hybrid or all-electric cars, starting this year.

Shell’s latest acquisition represents something of a trend across the technology spectrum — established players buying young disruptors in an effort to future-proof themselves. Back in 2017, Shell bought one of Europe’s biggest EV charging networks, NewMotion, while last year fellow oil and gas giant BP bought Chargemaster, the U.K.’s largest EV charger network. Shell is actually already offering EV charging stations at some of its forecourts.

“As our customers’ needs evolve, we will increasingly offer a range of alternative energy sources, supported by digital technologies, to give people choice and the flexibility wherever they need to go and whatever they drive,” said Mark Gainsborough, executive VP of new energies for Shell. “This latest investment in meeting the low-carbon energy needs of U.S. drivers today is part of our wider efforts to make a better tomorrow. It is a step toward making EV charging more accessible and more attractive to utilities, businesses, and communities.”

Don’t let such grand proclamations fool you, though. While oil giants are making a concerted push to future-proof their businesses, they are not necessarily going all-in on EVs. Back in November, news emerged that lobbying groups were pushing to kill efforts to revive federal tax credits for electric vehicles. One of those trade groups was the American Fuel & Petrochemical Manufacturers, whose members include fossil fuel heavyweights Shell and BP.