The Raspberry Pi, believe it or not, now has its very own retail store.

Located on the first floor of the Grand Arcade in Cambridge, U.K., the Raspberry Pi Store is open every day and sells everything from Raspberry Pi microcomputers and accessories to branded coffee mugs, soft toys, and more.

Raspberry Pi, for the uninitiated, is a credit card-sized contraption that can serve as the building block for a fully functional computer. Users can construct working PCs or machines that control their connected home, for example, and it is also used by some third-party maker companies as part of their DIY computer kits.

The Raspberry Pi Foundation, which develops the device, has come a long way since it opened way back in 2012. The nonprofit organization now sells multiple versions of the device aimed at various use cases, along with related accessories, such as touchscreen displays. 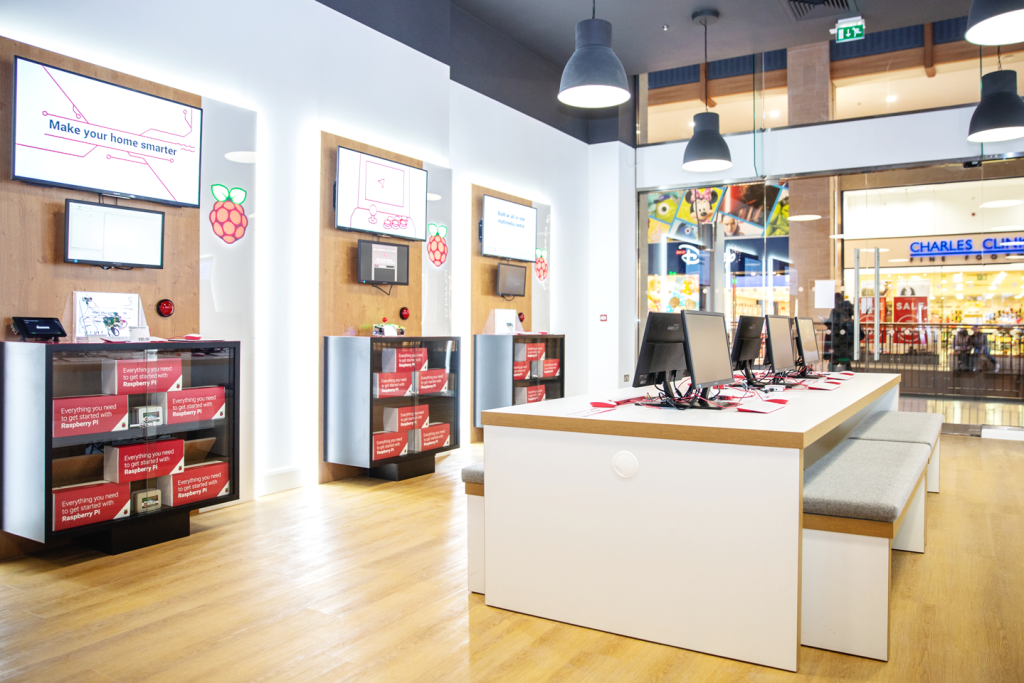 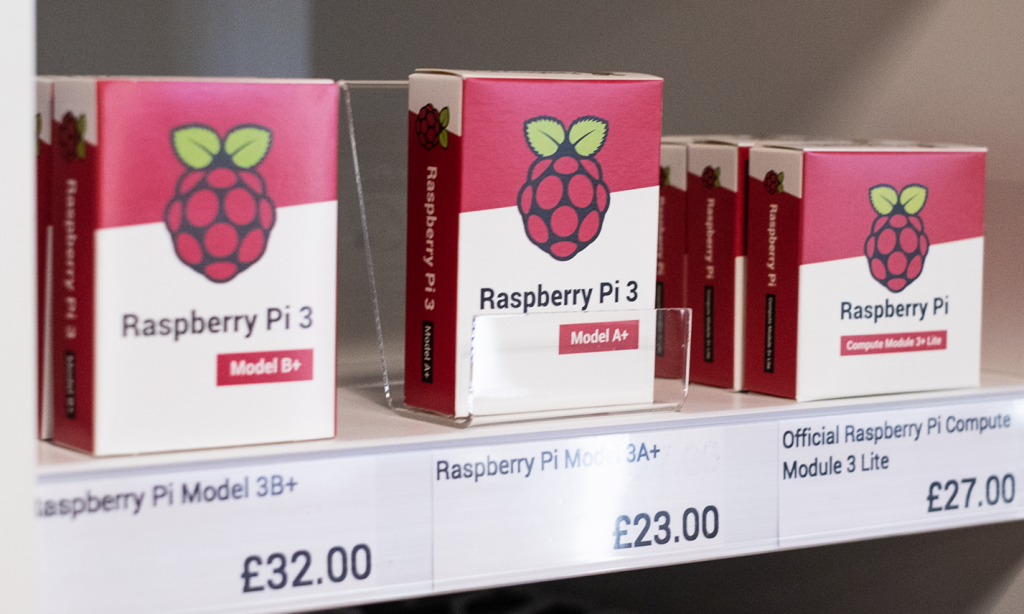 Above: Raspberry Pi Store: On the shelf

Quite a few companies have started out online but later embraced brick-and-mortar sales — Amazon is one notable example, while Google has dabbled with its own retail outlets.

Despite Raspberry Pi’s popularity — more than 19 million units have been sold since 2012 — it still feels a little niche to merit its own dedicated retail store. Indeed, most people who would be interested in building their own electronic gadgets from scratch are likely well versed in the wonders of online retail. But that is likely the very reason the Raspberry Pi Foundation wants its own space in the physical retail realm: It needs a new audience.

As we transition into a digital-first society, it will be increasingly important for people to understand the building blocks of hardware and have some coding knowledge. This is why we’ve seen an uptick in DIY maker kit companies such as Kano, Pi-top, and Piper, each of which is attracting big venture capital (VC) bucks.

It seems the Raspberry Pi retail store will serve in part as a showroom, but it will also sell everything you need to get up and running with a Pi. This includes books on how to get started with a Raspberry Pi and other components needed to transform the little circuit board into something more functional.

It’s likely many parents out there just aren’t aware that products such as a Raspberry Pi exist to familiarize their kids with the basics of electronics and coding. So setting up a physical retail store does make some sense, though it will have to justify the additional overhead through hard sales.