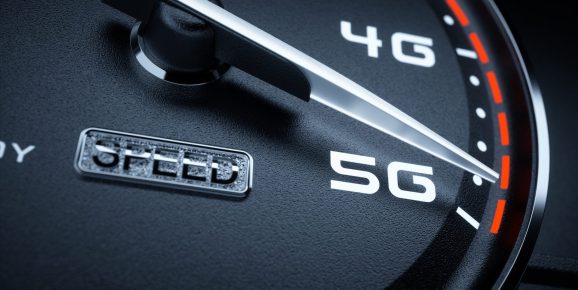 AT&T may have flippantly dismissed industry-wide pressure to stop calling its 4G LTE Advanced cellular service “5G Evolution,” but thanks to Sprint, a court will now decide whether the branding is deceptive and harmful. In a federal lawsuit filed yesterday (via Engadget), Sprint claims that AT&T has tricked a majority of surveyed consumers into believing that its 5GE service is at least as good as actual 5G — a perception that’s allegedly harming phone buyers and rival carriers.

The Sprint-AT&T dispute hinges on AT&T’s decision to blur the line between late-stage 4G and early 5G technologies, using the 5G Evolution name and 5GE indicators on certain Android phones and iPhones to flag the devices’ connection to higher-speed 4G towers. AT&T has suggested that the 5GE badge lets a user know that a device is using 4×4 MIMO antennas and dense 256 QAM data transmissions to achieve higher speeds, the “first step on the road to 5G.”

Like Verizon and T-Mobile, Sprint has decried the branding as deceptive, and its lawsuit goes further, claiming actual damages to both AT&T’s consumers and competitors. Describing 5GE as false advertising under federal law, Sprint says that “all other major wireless carriers” have been offering the same features as 5GE under the industry-wide name 4G LTE Advanced, and that AT&T is deceiving customers into believing its 4G network offers the benefits of true 5G: record speeds and efficiency with vast amounts of data.

Because of that alleged deception, Sprint says that it’s losing business to AT&T and that customers are getting tricked into buying 5GE phones that aren’t actually 5G-capable. Survey results suggest that 54 percent of consumers believed AT&T’s 5GE was “the same as or better than a 5G network” and 43 percent believed that AT&T’s 5GE phones would be capable of running on 5G networks. As a result of this confusion, Sprint says it’s being robbed of the opportunity to market its legitimate 5G network, and is already suffering “significant lost sales” that will continue unless the 5G Evolution marketing is stopped.

Sprint’s lawsuit was filed in the U.S. District Court for the Southern District of New York and alleges violations of both federal and state law, with a demand for a jury trial. In an addition to requesting that AT&T be stopped from using 5G Evolution, 5GE, and any 5G branding until its network is 5G standards compliant, Sprint seeks damages, including corrective advertisements and removal of whatever profits AT&T has made from the marketing. AT&T has not yet responded to the suit.

Updated at 7:31 a.m. Pacific: AT&T has issued the following statement on the lawsuit.

“We understand why our competitors don’t like what we are doing, but our customers love it. We introduced 5G Evolution more than two years ago, clearly defining it as an evolutionary step to standards-based 5G. 5G Evolution and the 5GE indicator simply let customers know when their device is in an area where speeds up to twice as fast as standard LTE are available. That’s what 5G Evolution is, and we are delighted to deliver it to our customers.

We will fight this lawsuit while continuing to deploy 5G Evolution in addition to standards-based mobile 5G. Customers want and deserve to know when they are getting better speeds. Sprint will have to reconcile its arguments to the FCC that it cannot deploy a widespread 5G network without T-Mobile while simultaneously claiming in this suit to be launching ‘legitimate 5G technology imminently.’ ”