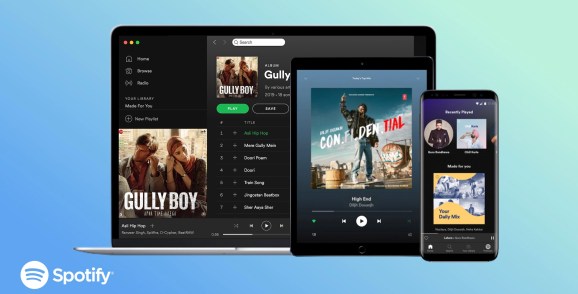 A year after Spotify publicly expressed its intention to launch in India, the Swedish music streaming giant has finally delivered. This is a notable milestone for a company that went public last year and has been aggressively searching for new users in global markets as competition from Apple intensifies.

Spotify sees a big opportunity in India, one of the fastest-growing music markets, and is pulling out the stops to court Indian users. Spotify Free — its free tier — will enable smartphone users in India to listen to any song on demand, as opposed to the limited set of playlists included in other markets.

These prices — the cheapest rate Spotify offers in any market — and an open free tier underscore the unique challenge India presents to global companies. Very few people in the nation are willing — or can afford — to pay for premium services.

For Spotify, the move was a strategic strike against rivals such as Apple and Google and the more than a dozen local services waging a price war in the market. Apple Music has made concessions to the Indian market by charging just $1.69 per month, but it doesn’t have a free tier. Spotify is offering a 30-day free trial in India, and its free tier could confer a sizeable advantage.

“As Spotify grows, our goal is to bring millions of artists and billions of fans together from every country and background,” said Spotify founder and CEO Daniel Ek in a statement. “India has an incredibly rich music culture, and to best serve this market, we’re launching a custom-built experience. Not only will Spotify bring Indian artists to the world, we’ll also bring the world’s music to fans across India. Spotify’s music family just got a whole lot bigger.”

Spotify’s India launch, which was rumored to be in the works as far back as 2016, is nothing short of a Bollywood film script. In the past year, the company has faced numerous challenges while negotiating licensing deals with local and international music labels. In the eleventh hour, it faced a lawsuit from Warner Music over licensing of its massive catalogue, which includes heavy hitters like Katy Perry and Led Zeppelin. Spotify received some relief on Tuesday when the Bombay High Court said it would not issue an injunction.

Today Spotify said it had secured deals with most major local and international labels and is bringing more than 40 million songs to the nation. The app supports Hindi, Punjabi, Tamil, and Telugu languages.

As in other countries, Spotify says it will offer personalized, locally flavored playlists to Indian listeners. Featured artists could include Indiestan, Rap91, Namaste Love, Punjabi101, Bollywood Butter, and favorites from Top Hits in Hindi, Tamil, Telugu, and Punjabi. Spotify has also introduced Starring …, a series of playlists featuring the music from popular Bollywood, Tollywood, Kollywood, and Punjabi actors. Recommendations will also include songs from Indian movies and actors, as well as playlists with city-based themes.

Once severely plagued by music piracy, India has emerged as one of the largest markets for legal music streaming in recent years. Research firm Counterpoint told VentureBeat earlier this week that about 150 million users in India regularly access music streaming services. In a report (PDF) published this week, Deloitte and recording industry body IMI estimated that the Indian music market generated $130.7 million in revenue in 2017.

And there is a huge potential for growth. According to Nielsen, 94 percent of India’s 450 million internet users listen to music online. In its annual report published late last year, the research firm said an average user in India spends about 20 hours each week listening to music. Most users, however, gravitate toward YouTube, which counts India as its fastest-growing market.

In addition to YouTube, Google, Amazon, and Apple, there’s no shortage of local companies vying for Indian ears. Research firm App Annie told VentureBeat that at the end of 2018, Reliance Jio’s JioSaavn, Times Internet-backed Gaana, and Airtel’s Wynk had the most monthly active users among music streaming services in India. (They were also the most downloaded music apps. Google Play Music fares well on both counts, but it remains unclear how many of its users actually subscribe to its music service, App Annie said.)

Like Spotify, many of these services offer a free, ad-supported tier. Additionally, JioSaavn, the result of a $1 billion-valued merger between Saavn and JioMusic last year, is available for free to Reliance Jio subscribers. And Wynk costs Airtel subscribers less than 50 cents per month.

The music streaming space has become a commodity. With every streaming service offering the same set of popular songs in India, many have added exclusive podcasts and regional content in recent years. Gaana, which makes its catalog available in 30 languages, had 80 million users in December 2018.

Success in India could be crucial to 11-year-old Spotify, which reported 207 million monthly active users globally — of which 96 million are paying subscribers — during its quarterly earnings earlier this month. About 88 percent of all its users are in Europe, North America, and Latin America. In recent years, Spotify has expanded to several markets in Asia and Africa, but the company has yet to see major traction there. In comparison, Apple Music, which launched in 2015, has amassed over 50 million paying subscribers, as of May 2018. (According to some estimates, Apple Music has surpassed Spotify in the U.S. market.)

In a conference call with analysts earlier this month, Ek said the company is thrilled with the level of interest the Spotify brand has generated in India, adding that “we have a good chance of being a very, very strong player in the Indian market.”