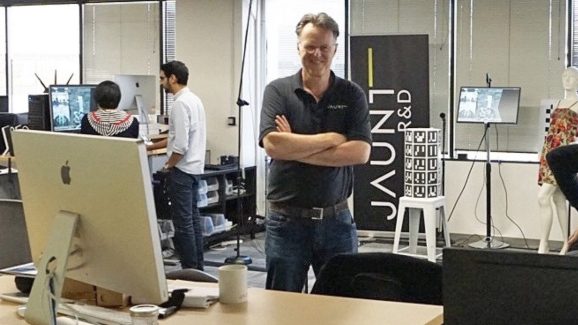 Apple’s depth-sensing iPhone cameras have already enabled features such as Face ID and portrait mode photography — now the company has hired 3D camera expert Arthur van Hoff to serve as a senior architect for an unnamed project. The new hire was first reported by Variety today, with van Hoff’s LinkedIn account listing his start date with Apple as April.

As founder of VR video company Jaunt and inventor of its Jaunt One camera system, a rig designed to bring 360-degree 3D to virtual reality headset wearers, van Hoff has decades of experience in developing dual- and multi-camera photography products. In an August 2018 interview with VentureBeat, he discussed a new depth camera-based capture system designed to easily create volumetric 3D selfies.

Though it was known for its pioneering VR work, Jaunt began to offload some of its key assets last year, and dropped its VR projects and cinematic VR business in favor of focusing on AR and XR. Three months ago, van Hoff signed on to advise AI vision startup and RED partner Lucid on how to bring AI, machine learning, and 3D vision to an increasing range of mobile devices, though he apparently ended that arrangement before joining Apple.

Van Hoff’s role with Apple is, as is the case with most of its new hires, unknown. While Variety reports that Apple previously hired former Jaunt engineers to work on varied projects ranging from AR and camera systems to computer vision, van Hoff could easily be involved with any or all of them. Apple is reportedly ramping up next-generation AR software and hardware, more sophisticated depth-sensing 3D cameras for iPhones, and computer vision/AI projects inside and outside the automotive realm.

Given his expertise in creating cinematic VR video with Jaunt, however, the greatest likelihood is that van Hoff will assist Apple in developing consumer and/or professional applications for future devices with depth-sensing cameras. That could mean enhancing iOS’s Camera or FaceTime apps with volumetric 3D capture capabilities, or assisting participants in Apple’s new Apple TV+ video creation program with bringing 3D into their shows.