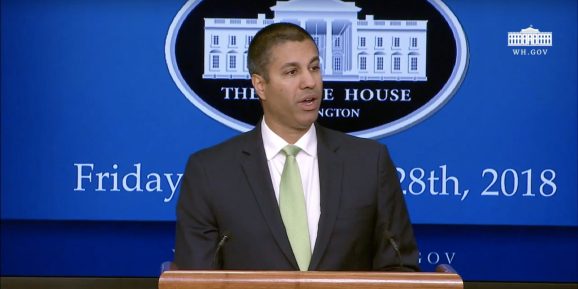 The FCC’s seemingly interminable 5G spectrum auctioning process has dragged on for months, with carriers bidding for region-specific licenses to transmit on 28GHz or 24GHz millimeter wave frequencies. Having already locked in $1.988 billion in 24GHz spectrum bids, the agency announced that it will begin the auction’s “assignment phase” on May 3, upping the government’s proceeds as prior “clock phase” winners fight over specific 24GHz frequency blocks.

After 91 rounds of initial bidding spread across just over a month, the FCC says it has allocated 99.8% of available 24GHz licenses — 2,904 of 2,909. Compared with its 28GHz predecessor, which wrapped in late January, the second auction generated nearly 3 times the revenue, despite receiving roughly half as many bids.

The FCC’s auction process was designed to give rural service providers and small businesses the opportunity to bid aggressively against larger carriers and included 15-25% discounts for qualified small bidders. Top U.S. carriers AT&T, T-Mobile, and Verizon unsurprisingly also registered for the auction, as did cable companies Cox and Frontier.

At the end of this auction, multiple U.S. carriers will hold 10-year licenses to transmit 5G signals on some of the highest-bandwidth frequencies yet offered in the United States, enabling further expansion of millimeter wave “small cells” throughout the country. Winning 24GHz and 28GHz bidders won’t be publicly identified until after the 24GHz auction concludes.

The FCC has said that it will auction additional blocks of 37GHz, 39GHz, and 47GHz millimeter wave spectrum starting December 10, 2019. However, those even higher frequencies likely wouldn’t come into wide use until 2020 — apart from AT&T, which already holds some 39GHz spectrum licenses.

While this series of auctions will even more firmly establish the United States’ lead in high-frequency 5G spectrum allocation, it leaves an equal if not more important concern unresolved: the country’s modest availability of mid-frequency 5G spectrum. Mid- and low-frequency signals travel further than higher-bandwidth millimeter wave, leading many international carriers to prefer those frequencies. T-Mobile has openly mocked the poor propagation characteristics of high-frequency 39GHz millimeter wave signals, pointing to their inability to pass through windows and doors.

Some industry groups have called for the FCC to commence “sub-6GHz” auctions of 3.5-3.7GHz and 3.7-4.2GHz spectrum, enabling second-generation U.S. 5G devices to operate on the same mid-band frequencies as first-generation 5G devices planned for sale in parts of Asia and Europe. Without both high- and mid-band support, 5G smartphones will be unlikely to work fully across continents, instead falling back to slower LTE when roaming.