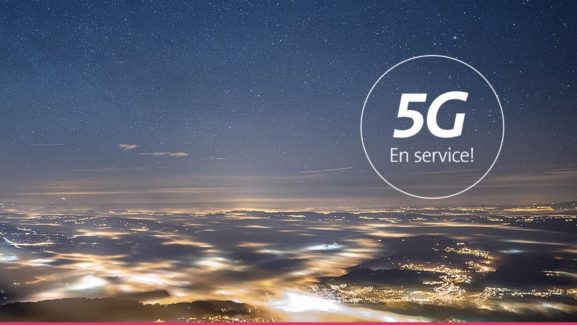 Only days after Swisscom announced its first 5G phones, Switzerland’s Federal Office of Communications gave the carrier permission to start offering commercial 5G services, enabling it to officially launch the country’s first 5G network this week. Right now, the network is live across all of Switzerland’s major cities and tourist areas, making it the third country with standards-compliant commercial 5G service, though 5G devices won’t hit Swisscom stores until next month.

While the network launch is a significant accomplishment, some European outlets have framed the news in a broader context, noting that it came a week after Vaud — one of 26 Swiss cantons, or mini-states — paused further 5G transmitter permitting across its cities based on health concerns. Similar concerns subsequently led Switzerland’s federal government to pledge that it will start measuring 5G-related radiation, assess its risks, and keep the public informed on its findings.

Does this scenario strike you as somewhat out of order? Shouldn’t the government have waited on approving 5G networks until it was certain they pose little or no health risk to the public?

It’s time for the “good news, bad news” game. The good news is that most scientists and engineers agree that the “non-ionizing radiation” put out by cellular devices won’t harm living tissue. Beyond lab test results, they point to decades of widespread radio, television, radar, satellite, and other wireless broadcasts that (seemingly) haven’t biologically hurt anyone.

The bad news is that no one is 100% certain that even basic wireless signals are completely innocuous — assuming they’re at close proximity to your body for extended periods of time. In fact, regulatory agencies across the globe typically limit and require disclosure of wireless emissions, though the limits vary between countries, devices, and other factors.

In the absence of certainty as to safety or danger, people tend to panic. According to this week’s reports, a majority of Swiss citizens reportedly fear potential harm from cellular radiation. The World Health Organization has flip-flopped on the topic, and some people have sued companies over brain tumors allegedly caused by cellular phones. Most recently, grassroots activists have claimed that 5G phones and networks will mutate or microwave people, concepts industry observers dismiss as tinfoil hat-worthy.

Without being so dismissive, it’s worth noting that people can be poisoned by excessive quantities of clean water, so determining whether 5G signals are “dangerous” isn’t necessarily black and white. But it’s increasingly obvious that carriers, chipmakers, and governments need to get ahead of the topic — or as ahead as they can be, since the first 5G networks are already in the wild.

There are three primary 5G transmission variants, which can be roughly divided into low-, mid-, and high-frequency spectra. The low-frequency (600/700MHz) and most mid-frequency spectrum (5GHz or lower) have been used in consumer communications networks for decades, so 5G networks built with them are likely as safe as 4G networks — assuming they don’t materially densify.

However, most of the concern is over densification of those otherwise “likely safe” low- to mid-frequency signals, and the addition of “unknown” high-frequency millimeter wave (24-47GHz) signals to the mix. Skeptics believe that multiplying the number of safe signals to accommodate millions of internet of things devices and cars could do anything from disrupting human sleeping patterns to killing wildlife. They similarly suggest that introducing millimeter wave signals across the world might sterilize or literally cook people.

In short, the concern is that wireless towers will turn the planet into something like a giant microwave oven, making emissions all but inescapable. As crazy as some of these suggestions might sound, cellular phones do indeed transmit on microwave frequencies, and even leading government agencies in major countries have hesitated to say conclusively that they can’t cause harm.

In the United States, the FCC says that “currently no scientific evidence establishes a causal link between wireless device use and cancer or other illnesses,” yet “provides information on some simple steps that you can take to reduce your exposure to RF energy from cell phones” — even though it “does not endorse the need for these practices.”

Thus far, there hasn’t been a critical mass of opposition capable of stopping the growth of 5G networks, and responses around the world parallel the Vaud-Switzerland example, with scattered resistance in one or two cities per state, or one or two states per country. But it’s clear that these objections are going to continue to come up across territories, particularly over higher-density millimeter wave small cells, and may well wind up impeding growth in entire regions of the world. The EU’s parliamentary capital, Brussels, already had problems with limits on 4G radiation levels, and it is seemingly creating issues for 5G as well.

Though I personally am not taking a side here, it’s clear that the time is right for cellular carriers, chipmakers, and governments to provide a better answer to the “is 5G safe?” question than “we’re not sure” or “already asked and answered.” I’m no fan of needlessly drawn out environmental impact studies or moratoriums on development, but if health or lives are at stake, there should be assurances that the networks that blanket our neighborhoods and the devices we let our kids carry are safe.

Assuming 5G carriers and companies have done their due diligence and the evidence is as clear as scientists and engineers have claimed, providing a solid, comprehensively reassuring answer shouldn’t be difficult. And it would conclude this debate for a long time — enough to enable widespread adoption of a new technology that has great potential to change the world for the better, rather than risking harm to people across the globe.