Apple has just announced a recall, and it’s not the most obvious of items — MacBooks with problematic keyboards and display cables — but rather wall plug adapters designed for use in Hong Kong, Singapore, and the United Kingdom. The company says it’s aware of six incidents of users being shocked by the old adapters and is recalling them for immediate replacement.

As shown in the image above, the distinctive three-prong wall adapters all use thick metal blades, as compared with U.S. three-prong connectors that have two thinner blades and a circular grounding prong. Apple shipped the adapters with Macs and certain iOS devices between 2003 and 2010, as well as its accessory pack, the Apple World Travel Adapter Kit. 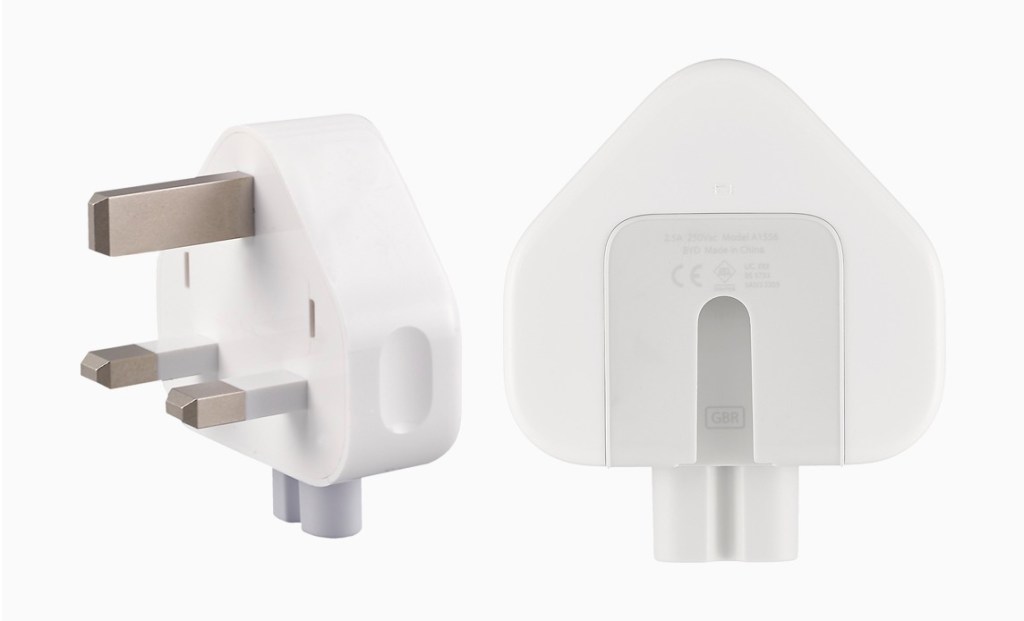 Above: Apple’s updated three-prong adapter for Hong Kong, Singapore, and the United Kingdom.

The new adapter, shown here, has a slightly different design. It’s thinner, has small grip divots in the sides, and has a partially gray back rather than all-white coloration. Apple says the recall does not affect any of its USB power adapters.

Customers can exchange their old affected adapters for new ones using this Apple page starting today. Returns and replacements are voluntary, though the company is asking users to stop using the old adapters for safety reasons. The company suggests that the older adapters only pose a risk of electrical shock when they break.

This is Apple’s second wall plug adapter recall in recent years. In early 2016, Apple recalled four different two-prong adapters made for Continental Europe, Australia, New Zealand, Korea, Argentina, and Brazil based on similar break-and-shock issues. Over a decade ago, the company recalled early iPhone 3G power adapters that were failing after much shorter periods of time.