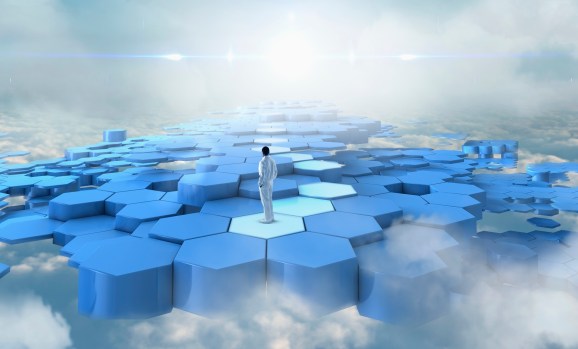 Google recently held its annual Next conference where it made a large number (>122) of both major and minor announcements as it provided guidance on where its cloud platform is headed. The specifics of the announcements have already been covered extensively in the media, but there’s been a less clear idea of the overall strategy they represent.

Google knows it has a perception problem when it comes to enabling cloud in the enterprise. With its past and almost singular focus on consumers, it needs to convince more organizations that it is a real competitor to AWS and Azure for deploying corporate apps and providing collaboration. To that end, several focal points emerged as it showed a growing inclination to compete head on with rivals in the enterprise space.

Google made several pointed references to the high-level security of the Google Cloud Platform at the conference, including the ability for any customer to essentially lock Google out of looking at any corporate data. The real message it was trying to broadcast is that its enterprise cloud won’t be like the consumer side, where all data and interaction is subject to “data mining” by Google. Corporate data in the Google Cloud Platform has been separate and distinct from the consumer cloud all along, but Google needs to combat the perception that your data is not safe, which has driven some potential users away from the platform. There is still more to do in this area, as I still hear comments about data privacy, but Google is making progress.

Google understands that not all companies will port all of their applications to its cloud, or for that matter to any single cloud platform. Indeed, I estimate that 75-80 percent of enterprises have a hybrid, multi-cloud strategy and will continue to do so. But Google would like to provide the unified management infrastructure across all of those clouds so that eventually, it hopes, customers will port more of the apps onto its cloud. To that end, it announced Anthos, a management and migration tool that works on virtually all clouds so that companies can cross manage app instances from one place, and as a side benefit, it allows porting apps easily to Google’s cloud platform. This “Switzerland” approach has many benefits as it provides Google a way to be neutral in what cloud apps it manages, while also enabling easy transport across cloud environments. Multi-cloud management is a major headache for organizations, and this may be a real advantage for Google in getting a foot in the door at many companies. It touted HBC, Siemens, and Cisco as adopters. And vendors such as VMware, Dell EMC, HPE, Intel, and Lenovo have committed to delivering Anthos on hyperconverged infrastructure to their customers.

Google has great internal expertise in using AI and machine learning to mine data for a more complete understanding of its users. And many companies would like to tap into that capability. But the serious problem with AI is that for most available solutions, it takes a significant number of data scientists to create the models to gain that insight. By announcing the AutoML model creation tool, Google is telling the marketplace it wants to create a line of business modeling capabilities to garner insights from large amounts of data, and to accelerate adoption of ML and AI. AutoML will allow organizations to use pre-learned “templates” such as its AutoML Vision and AutoML Natural Language. These offerings should stimulate the market for machine learning and, of course, make more use of the computing resources in the Google Cloud, increasing revenues for Google. This increased intelligence will enable a new capability in many fields, including customer service (a key target for Google), healthcare, and financial services.

Google also believes it has a compelling story to tell with its collaboration tools, having extended its G Suite with a number of capabilities important to enterprise users (e.g., conferencing, scheduling, chats, and soon Google Assistant). While a major share of consumers and small businesses use G Suite, it’s been a tough sell for many enterprises, as Microsoft has had a stranglehold on this space for years. Google has been making progress and highlighted some major corporate wins during the event (e.g., Whirlpool, Carfourre, Schlumberger, and Airbus). But it also is trying a new strategy. It is closely coupling its AutoML Tables technology with the collaboration suite and allowing Sheets to act as a front end for the data insights companies need, thus providing insights well beyond “running the business on Excel” that so many companies do today. Further, with its capabilities in automatic speech and visual recognition, including the coming integration of Google Assistant, it can provide an important tool to enhance corporate interactions. It still has a major fight on its hands as Microsoft owns the vast majority of corporate collaboration installations, but it’s making slow, steady progress.

Google has been trying to sell its Chromebooks as an enterprise tool for a number of years. The sales pitch: Having everything provisioned in the cloud means low cost of operations and a smaller exposed footprint to secure. But it’s only recently that this lower-cost message has been successful. Chrome does have a major footprint in education where Chromebooks have been most successful. But beyond that, its impact has been small. By changing its focus from general enterprise users to frontline workers (e.g., field services, retail, healthcare), Google hopes to initiate a much larger migration to Chromebooks. And with the enterprise addition, it’s added a number of security and manageability features required by enterprise deployments. Further, its partnerships with several key app vendors, particularly in the customer service space, means it can now sell solutions rather than just components. Finally, tying in its AI and collaboration capabilities ultimately enables it to create more compelling use cases than with the Chromebooks alone. I expect to continue to see a slow migration to Chromebooks in the enterprise, especially for frontline workers, as more apps move to the cloud (I estimate the majority of workplace apps won’t be in the cloud for another 2-3 years at least, with many legacy apps never making the transition).

Google is trying to differentiate itself from the other cloud providers by extending its reach and incorporating compelling components it has developed for its own internal uses. Further, it’s attempting to position itself as “Switzerland” in multi-cloud deployments, which are the majority of corporate cloud users. Google continues to have somewhat of a perception problem with enterprises, some of whom feel its consumer focus and data mining make it less strategic than Azure or AWS. However, I expect Google will continue its push hard into enterprise and that more organizations will see it as a credible choice going forward. Google Cloud is being positioned as a strong competitor to Azure and AWS and should increase its market share significantly over the next few years.