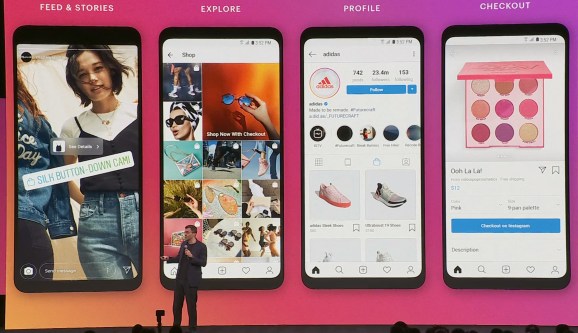 When Mark Zuckerberg proclaimed from the F8 2019 stage that “the future is private…” he could have appended “…messaging apps, some of which we own.” As the social juggernaut shifts its weight toward privacy (maybe for real this time) and to the notion of the digital living room instead of the digital town square, the practical focus is on the company’s robust portfolio of messaging and app-based social services. What was not mentioned during F8 last week was how these changes may affect Facebook’s various chatbots.

Chatbots can provide what amounts to an extension of Facebook Messenger’s capabilities by adding a layer of artificial intelligence to the interactions between a user and a business. A simplistic example is booking a haircut or reserving a table at a restaurant. These sorts of interactions can be automated, and doing so with a chatbot can give customers a sense that they’ve interacted with the business rather than a faceless calendar system.

There are huge business opportunities here. The market is predicted to climb to $8 billion by 2022 (or $7.7 billion by 2025, or less, depending on which analyst you ask). And by next year, 85% of online customer interactions could be handled by chatbots, according to Gartner.

At the same time, Facebook is pouring resources into areas of its platform that are not the News Feed. Messenger is getting a total rebuild, for example, as well as a cross-platform desktop app and message threads. And Facebook’s messaging services are getting more tightly integrated with one another — which we had a strong hint was coming. For example, the end-to-end encryption WhatsApp enjoys is coming to Messenger. WhatsApp video calls are coming to the Portal smart screen. And so on.

Perhaps most predictive of a future in which the lines between Messenger, WhatsApp, and Instagram blur is the forthcoming Friends tab in Messenger that will show you what your friends are up to on other social platforms. “So if you follow someone on Instagram, you’ll be able to see their stories. If you’re friends with someone on Facebook, you’d love to see their posts and their stories, and it’s going to be all private updates from friends, no public content,” said Facebook CEO Mark Zuckerberg from the F8 stage.

That may all be exciting from a user perspective, but what if you have built a business on top of this system that’s changing dramatically in the next year? ManyChat, a chatbot company that just raised $18 million in funding, is uniquely positioned to experience Facebook’s messaging app unification. Just days ago, Ethan Kurzweil, a partner at Bessemer Venture Partners, which led the recent funding round, presciently said in an announcement, “ManyChat’s traction on Facebook Messenger is only the beginning. With Instagram, WhatsApp, RCS, and others on the horizon, there’s endless potential to scale.”

ManyChat claims over a million registered accounts that collectively reach 350 million people, and the company handles some 7 billion customer messages every month on Messenger. Primarily targeting small to mid-sized businesses, ManyChat said its service shows up in industries ranging from ecommerce and online services to beauty salons and restaurants, and it claims that its 80% open rates are quadruple what you can expect from traditional email marketing.

A disruption to that momentum would be most undesirable, but ManyChat cofounder and CEO Mikael Yang seems excited, not intimidated, about the possibilities Facebook’s messaging app unification presents. “Obviously, we still have a lot to learn about the specifics, but if you think about the technical integration challenge — having to integrate with one backend versus three — [it] will greatly simplify our engineering effort.” In other words, the company’s planned expansion to more platforms could accelerate.

Though it appears neither ManyChat nor other chatbot makers we reached out to have the technical details yet — it’s possible they found out about the messaging platform news at the same time as the rest of us — they all shared similar optimism.

SnapTravel cofounder and CEO Hussein Fazal told VentureBeat that “in theory, a developer would be able to build against one unified API, enabling customers to reach them regardless of the messaging app they prefer to use. This should make building and rolling out conversational experiences across the platform faster and easier.”

Conversocial CEO Joshua March said much the same thing and also noted that a single underlying platform will simplify everything. “Today, managing the complexity of multiple platforms with different APIs and rules can be difficult,” he said.

Curiously, Facebook elaborated little on this question when we reached out, saying only, “We are in the early days of how interoperability will be reflected in our product offering, and it’s too soon to speculate on future products.”

Other advantages of unification

Thinking more broadly, there are other benefits to unifying Facebook’s messaging apps. As the whole point of their respective chatbots is to enhance interactions between customers and businesses so both can connect better and more efficiently, it follows that integrating the multiple chat services will only streamline that process. “The bigger benefit is less about the technical integration and more about helping businesses engage in a single dialogue with the customers across the three platforms, and this will be greatly simplified with a single backend,” said Yang. “A customer can purchase a product on Instagram and get support on Messenger without any loss of context in the exchange.”

March, of Conversocial, told VentureBeat, “The integration will also make it easier for the platforms to innovate on new functionality, which is vital as they compete with other messaging apps and look to deliver more commerce use cases.” He further emphasized that default end-to-end encryption on all the messaging apps will be important for customers and brands — a case of a service becoming safer to use while making users happy — and talked up the upcoming payment capabilities. “Having payments seamlessly and securely integrated into messaging, as demoed for WhatsApp Business, will be huge for conversational commerce experiences for brands.”

It’s unclear when all of these features are rolling out, but it is obvious that the eventual result will be more integration between Facebook’s messaging apps, including on the desktop and via Portal. For chatbot makers who leverage Facebook’s platforms, the tighter these apps are integrated, the better — at least in theory.