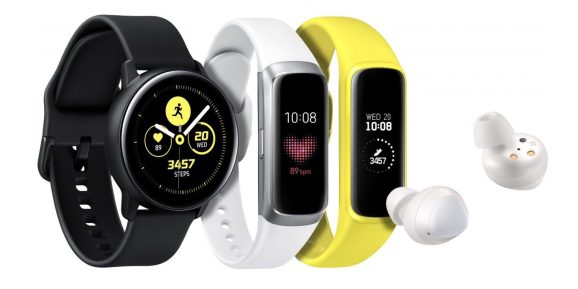 Samsung’s Galaxy Watch Active smartwatch generated plenty of attention — thanks to a sleeker design and UI enhancements over its predecessors — and now Samsung is bringing Active’s software improvements to older models. That means the Galaxy Watch, Gear S3, and Gear Sport will be able to use Samsung’s One UI, new watch faces, and improvements to Samsung Health, as well as potentially benefitting from battery life improvements.

The software update is rolling out across multiple territories, and its most conspicuous addition is the One UI, which features new graphics and animations and focuses on giving users quick access to key information. Cleaner and decluttered, the One UI now appears to represent the immediate future of Samsung’s smartwatch interfaces.

Under the hood, small but welcome changes — such as being able to tap on the screen to turn it on — are accompanied by deeper improvements, including outdoor swim tracking for the Galaxy Watch, more detailed sleep tracking, and summaries of daily health activities. Galaxy Watch and Gear users will also be able to download several additional Active watch faces using the Galaxy Wearable app.

Some users could also see battery life improvements, thanks to refined memory management and tighter control of screen brightness. If you’re one of the Galaxy Watch users who struggled to eke out the multi-day battery life Samsung promised, this update could do the trick.

Look for the free update in Samsung’s Galaxy Wearable app under the Home tab, within the About Watch section, by hitting Check For Update. Users of various watch models are reporting differing availability based on models, countries, and cellular carriers, so it’s worth checking back if the update for your device doesn’t show up immediately.