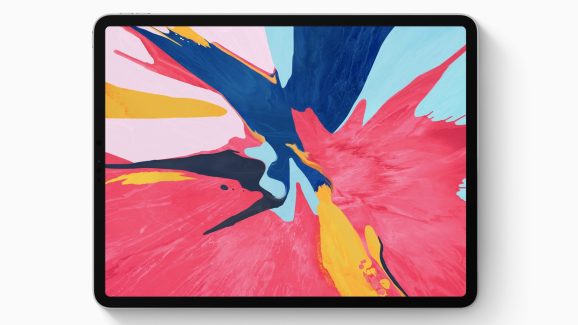 Tensions between the U.S. and Chinese governments have been building for months, with only brief moments of potential relief, so it’s no surprise that U.S. companies dependent on China would want to prepare for the prospect of an all-out trade war. According to Indonesia’s Detikinet (via Digitimes), Apple is already preparing for a partial shift of iPad and MacBook manufacturing from China to Indonesia, a change that could begin next month.

For Apple, the challenge has been to find a manufacturing partner with sufficient experience to reliably build its products with facilities in a country that offers enough low-cost labor to supply U.S. demand for Apple’s computers. To that end, it reportedly engaged its longtime contract manufacturer Pegatron, which initially planned the project for Vietnam but couldn’t find enough workers in the country. Instead, Pegatron is subcontracting Indonesian assembly work to PT Sat Nusapersada in Batam, which says it will ship laptops and tablets to the United States for an unnamed brand.

Pegatron is investing $300 million in Indonesian factories to transfer some of its production out of China, and PT Sat Nusapersada’s CEO told Detikinet that Indonesian productivity is superior to China’s, with a comparatively small 2% turnover rate. Apple’s contract manufacturers have indeed experienced volatility in their labor forces, though these have been attributed as much to wage and quality of life issues as major swings in product demand.

Assuming they meet Apple’s stringent quality standards, products assembled in June could be ready for sale in the United States by this fall. That would match the company’s prior October rollout schedule for new devices, which last year saw the introduction of new iPad Pros, MacBook Airs, and Mac minis.

Absent changes to its reliance on Chinese manufacturing, Apple faces 25% tariffs in the United States on products imported from China, which could significantly increase prices for U.S. consumers. Even with country-specific, tariff-dodging manufacturing switches to other countries, such as Indonesia and India, the company will likely continue to make many of its products for export to other markets in China.

Updated June 28 at 4:45 a.m. Pacific: The Indonesian government has confirmed Pegatron’s plan to invest $695 million to $1 billion in a production facility with PT Sat Nusapersada. Initially, the government says, the plant will be focused on assembly for Apple’s phones, with MacBook assembly possible in the future, rather than in the short term. Nothing was said about iPad assembly.