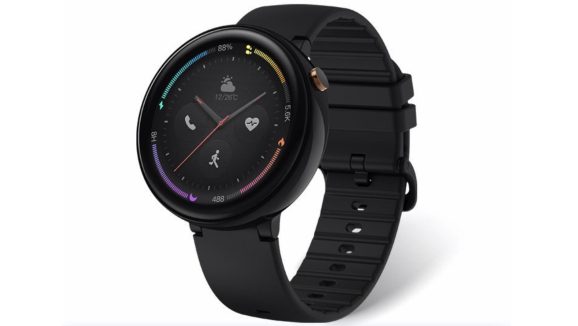 Apple’s dominance of the young market for wearables has been under attack from Xiaomi, which briefly led in watch shipments last year but has alternated between second and first places this year thanks to strong shipments of its Apple Watch challengers. Today, Xiaomi-backed Huami officially revealed Amazfit Verge 2, a smartwatch with a ceramic body, ECG functionality, and 4G/LTE cellular capabilities — all at less than half the price of the latest Apple Watch.

Unlike the latest Apple Watch, which is made primarily from aluminum with a ceramic rear electrode housing, the Amazfit Verge 2 has a microcrystalline zirconium ceramic housing that’s said to take 35 days to process. Apple only offered a full ceramic body with its discontinued premium Series 2 and 3 Edition models, which sold for nearly 10 times Verge 2’s price. Huami also includes a Retina-quality 454×454-pixel, 1.39-inch AMOLED round display covered in 2.5D glass, making it a viable rival for Apple’s devices in both look and feel.

As is typically the case with cut-rate alternatives to Apple products, however, you get most but not all of the same internal functionality for the lower price. Huami is using a Qualcomm Snapdragon Wear 2500 processor, 4GB of onboard storage, a 420mAh battery with 28 hours of promised run time, GPS, NFC, and Bluetooth 4.2 support. That’s a quarter the storage and a much slower processor than an Apple Watch Series 4, but similar battery life and wireless support. You also lose full waterproofing: Amazfit Verge 2 is only IP68 splash resistant, not submersible.

Backed by Xiaomi’s Android MIUI OS and a custom chip, the ECG functionality promises Apple-like 24-hour heart monitoring with atrial fibrillation and arrhythmia detection, while the 4G modem is unlocked with support for all mainland Chinese carriers, using an eSIM for network registration. There’s no word yet on whether the cellular feature will be available outside China.

For 1,299 Chinese yuan ($188), the advanced version of the Amazfit Verge 2 includes both ECG and 4G support with a hybrid leather and silicone strap, while a step-down 999 yuan ($145) model drops the ECG functionality and includes only a silicone strap. There’s also an Avengers Limited Edition with a customized white band and special watch faces for 1,499 yuan ($217). All of the models are available to preorder now, with sales commencing on June 21.