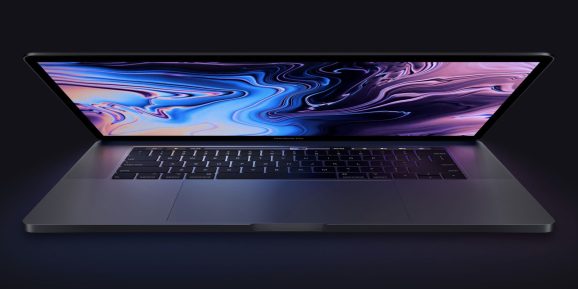 Back in May, Apple refreshed its higher-end 13- and 15-inch MacBook Pro laptops with new CPUs and subtly improved keyboards — now it’s the lower-end 13-inch models’ chance for a 2019 update. The entry-level laptops are gaining CPU, security, and screen improvements that will make them more compelling alternatives to their higher-priced peers, while the MacBook Air is getting a smaller refresh and a lower price.

Previously, the 13-inch MacBook Pro’s $1,299 and $1,499 options were both dual-core 2.3GHz seventh-generation Intel Core i5 machines with Intel Iris Plus 640 Graphics and 8GB of RAM. They were differentiated primarily by 128GB or 256GB solid state drives but could be upgraded with dual-core 2.5GHz Core i7 processors, 16GB of memory, and larger SSDs.

This time, both entry-level machines are getting bumped to quad-core 1.4GHz eighth-generation Core i5 processors with turbo speeds of 3.9GHz, paired with Intel Iris Plus 645 Graphics. Despite the 900MHz lower base frequency, Apple is claiming they will deliver two times the performance of prior models, likely measured in multi-core performance.

Once again, the $200 difference between base and step-up models boosts the 128GB SSD to 256GB. Users will also be able to custom-configure each model with a 1.7GHz Core i7 chip for $300 more, gaining access to 4.5GHz turbo speeds.

Each of the entry-level models is also getting Touch ID and Touch Bar features, plus Apple’s T2 security chip, which marks the end of the “MacBook Escape” model with physical function keys and a physical escape key — a change that may put off some users, based on prior comments from software developers. Apple is still using its controversial “butterfly” keyboard in the new model, and proactively offering free repairs for users who experience issues down the line.

Apple is bringing a new screen feature from the higher-end MacBook Pros to the entry-level model: True Tone automatic screen color adjustment. While the 2560 x 1600 screen resolution, P3 wide color support, and 500 nits brightness levels all remain the same as before, the new MacBook Pro will be able to automatically determine ambient light colors and adjust its screen to match — like some iPads and iPhones before it. The two entry models also continue to offer only two USB-C/Thunderbolt 3 ports, versus four on the higher-end versions, but jump from two microphones to three, now mirroring the pricier Pro models.

Additionally, the new MacBook Air has dropped to a $1,099 base price, while adding True Tone screen support. Just like the October 2018 version, the new machine continues to have an eighth-generation dual-core Intel Core i5 with a 1.6GHz base clock speed and 3.6GHz Turbo Boost speed, features that collectively keep the CPU a step behind the new quad-core entry Pro models. The MacBook Airs use Intel’s UHD Graphics 617, which is at least a couple of steps down from the new Pros’ Iris Plus 645. For $200 more, users can upgrade the stock 128GB SSD to 256GB.

The new 13-inch MacBook Pros and MacBook Airs can be ordered from Apple’s website now; the Airs will be delivered by July 15, and the Pros will be delivered between July 19 and 23. Apple notes that college students can save $100 on each model, bringing the Air down to $999 and the Pro to $1,199 — albeit with 128GB drives.