The next time you walk into one of Pittsburgh-based Giant Eagle’s more than 216 supermarkets, 202 GetGo convenience stores, or 56 Ricker’s stores, you might not have to stop by the checkout counter on your way out the door. The supermarket chain today announced that it has partnered with Grabango, a Silicon Valley startup founded by Pandora Radio cofounder and chief technology officer Will Glaser, to create a “no-wait” and checkout-free brick-and-mortar payment experience.

Glaser says that multiple configurations of Grabango’s platform are being tested at a pilot Giant Eagle location, including an app-based solution and another that allows customers to pay with cash or credit card.

“Giant Eagle has been a fantastic partner on this groundbreaking project,” said Glaser, who serves as Grabango’s CEO. “We are excited to be announcing our first checkout-free partnership with a major U.S. retailer. Together, we are offering a technology that is seamless and equitable for all.”

Giant Eagle director of corporate communications Dan Donovan added, “Giant Eagle is committed to advancing technologies that create an improved, stress-free shopping experience for our customers. In Grabango, we have found a partner who shares our commitment and who can help us bring this enhanced experience to life.”

It’s a big get for Grabango, given Giant Eagle’s profile. The grocery company was founded in 1931 and has locations in Western Pennsylvania, Ohio, Northern West Virginia, Maryland, and Indiana, and it ranked among the top 40 on Forbes’ largest corporation list with reported annual sales of roughly $8.9 billion.

“Giant Eagle is an ideal development partner for multiple reasons,” explained Glaser in a blog post. “First, the range of store sizes under one banner (3,000 sq. ft. GetGo convenience stores to [100,000 sq. ft.] Market District supermarkets) makes for an ideal proving ground for Grabango’s enterprise-class technology. Second, Giant Eagle’s … technology team firmly controls the technology that operates in their … retail locations and is capable of rapid deployment throughout the operation.”

Since its incorporation nearly four years ago, Grabango has amassed 17 patents related to checkout-free technologies and signed on clients that it claims serve over 600 million shoppers per year collectively. That momentum no doubt won over investors like Propel Venture Partners, Ridge Ventures, Abstract Ventures, Commerce Ventures, and Founders Fund, which in January contributed $12 million in a series A funding (bringing the company’s total raised to $18 million).

Grabango isn’t the only company that’s working on frictionless shopping experiences. In June, Japanese telecom company NTT East teamed up with startup Earth Eyes to create AI Guardsman, which attempts to prevent shoplifting by scanning camera feeds for suspicious activity. And in November, Intel and Tencent took the wraps off a pair of artificially intelligent (AI) products for retail that can track customers and perform complex object detection.

But according to Glaser, Grabango’s product is much more scalable than many of its competitors’ offerings. It’s designed to work in stores with more than 100,000 square feet of floor space, he said, and to track hundreds of shoppers at once. (Current store deployments range from 2,000 to 50,000 square feet.) Moreover, the system can keep tabs on “hundreds of thousands” of SKUs, obviating the need for store employees to manually inventory store stock, and it integrates with existing point-of-sale systems and store operations platforms.

Glaser said the goal is high fault tolerance, which is why the bulk of processing is performed on-premises by a dedicated PC that doesn’t require an internet connection. Grabango’s item-tracking cameras — which were designed in-house — are both lightweight and relatively inexpensive to manufacture, reducing the cost of install. Stores benefit from greater vision coverage, which helps Grabango generate better three-dimensional floor plans of stores and reduce the chance a purchase isn’t recognized as the result of occlusion.

The system’s machine learning algorithms — which were trained using reinforcement learning, an artificial intelligence (AI) training technique that uses rewards to drive agents toward goals — can recognize objects with 99.9% accuracy, Glaser said. That means they make a mistake one time out of 1,000.

These aren’t the only ways Grabango is setting itself apart from the competition. Unlike, say, Amazon Go, which requires customers to download an app and log into an account before they begin picking things off of shelves, Grabango-powered stores retain their existing cashier setups. Shoppers have two options: (1) checking out conventionally with cash, a credit card, a debit card, or SNAP benefits, or (2) opting into a cashierless experience with Grabango’s app. In the latter case, checkout is automatic — customers can walk out without scanning a barcode or confirming that they’ve finished shopping.

Grabango’s target market is exclusively the U.S., where Glaser said its focus will remain for the foreseeable future. The optimistic plan is to capture the top 30 grocers and top 10 convenience store chains in the U.S. as clients in the coming years.

To do so, it’ll have to go head to head with a bevy of new startups, most of which have opened proof-of-concept stores or partnered with brick-and-mortar retailers. Standard Cognition became the second company to open a cashierless store in San Francisco, following hot on the heels of Zippin in August. Trigo Vision recently inked a deal with Israel supermarket chain Shufersal for 272 cashierless stores and is reportedly in partnership talks with Tesco. And, of course, mega-retailer Amazon has Amazon Go locations in Seattle, Chicago, and San Francisco. 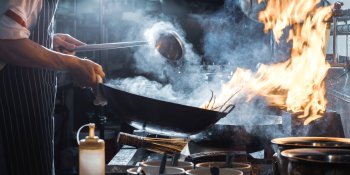 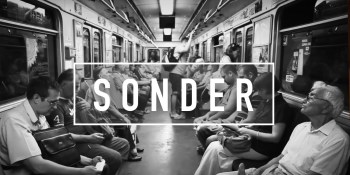