Amazon unveiled a metric ton of new products this week during an event in Seattle, including a beefed-up Echo and a pair of Alexa-imbued smart glasses. But the practical implications of perhaps the most intriguing reveal — that of Amazon Sidewalk — won’t be borne out for months, and possibly years. If ever.

Amazon SVP of devices and service Dave Limp described Sidewalk as a low-cost, low-power, and low-bandwidth wireless protocol that uses the 900MHz frequency band to link smart lightbulbs, sensors, and other internet of things (IoT) devices together. It’s capable of securely sending data to devices up to a mile away, and it natively supports features like secure over-the-air (OTA) updates, as well as limited geolocation via triangulation.

Amazon said Sidewalk has already been tested by “hundreds” of Ring employees in the L.A. Basin, and that the first Sidewalk-enabled device — a dog-tracking collar accessory called Fetch — will launch early next year. But Sidewalk faces formidable barriers to adoption and deployment, chief among them a lack of manufacturers on board.

Show me the devices

It’s no mistake Amazon settled on 900MHz — also known as the 33-centimeter band — as its radio spectrum of choice for Sidewalk. While signal propagation on it depends on the transmitting and receiving antenna’s line of sight, its small wavelength enables it to penetrate buildings more easily than low-frequency bands.

Moreover, it has regulatory backing. The European Commission signaled its intention last year to designate the 900MHz band as the default for applications related to smart cities, smart homes, smart farming logistics, transport, and industrial production. And back in 2017, the FCC opened a Notice of Inquiry examining the 900MHz band for low-bandwidth IoT use cases.

Given Ring’s involvement with the preliminary Sidewalk rollout, it’s a safe bet that Amazon’s gunning for coast-to-coast connectivity complemented by Sidewalk-powered Ring doorbells, security cameras, outdoor lights, and sensors. But with history as a guide, when it comes to new standards — even those well-documented and made available in open source — ubiquity is anything but guaranteed.

Consider Thread, an IPv6-based, low-power mesh networking technology for IoT products intended to be secure and future-proof. Even despite its technological superiority and backing from brands like Google, Samsung, Arm, Qualcomm, Silicon Labs, OSRAM, Tyco International, and most recently Apple, it’s failed to make headway against incumbent standards like Bluetooth LE Mesh, Zigbee, and Z-Wave.

HaLow (802.11ah), a specification spearheaded by the Wi-Fi Alliance, the nonprofit organization that certifies products for conformity to interoperability standards, suffered much the same fate. It was originally conceived as an extension of the Wi-Fi suite of standards into the resource-constrained world of battery-powered products like sensors and wearables, but that vision didn’t come to pass. A year after the certification program kicked off, and three years since its 2016 CES debut, support is practically nonexistent save forthcoming chips from startups Morse Micro, Newracom, and Radiata.

Absent documentation, it’s difficult to suss out Sidewalk’s technical novelty. But whatever the case turns out to be, it joins an overabundance of low-power wide-area network (LPWAN) technologies targeting the exact challenges Amazon outlined in its keynote.

For example, the Nb-Fi Protocol, which operates in the unlicensed ISM radio band, can transmit data to devices up to 30 kilometers away and theoretically ensures up to 10 years of battery life.

As for LoRa, it leverages sub-gigahertz radio bands to beam packets from end-nodes to multiple gateways up to kilometers away. (A cloud-based networking layer — LoRaWAN — performs security checks and manages the network, and then forwards data to application servers.) The LoRa Association already counts 500 companies among its membership, including heavy hitters like IBM, Orange, and Cisco. And as of the end of 2018, there were over 100 LoRaWAN network operators in more than 100 countries.

French global network operator Sigfox is another competitor vying for a slice of the IoT connectivity pie. Its ultra-narrowband network can pass through solid objects, and it already covers over 5 million square kilometers in 65 countries.

There’s also Dash7, an open source wireless sensor protocol funded in part by the Department of Defense that provides multi-year battery life, a range of up to 2 kilometers, encryption, and support for thousands of base stations. The alliance charged with developing and maintaining it (the Dash7 Alliance) has more than 50 members.

Not to be outdone, the comparable Weightless standard (which has a 10-kilometer range) boasts over 100 participating companies hailing from over 40 countries, the bulk of which manufacture industrial and medical equipment, smart electric meters, health monitors, and vehicle-tracking sensors.

The 3rd Generation Partnership Project (3GPP), a standards organization that develops protocols for mobile telephony, put forth its own solutions in Narrowband IoT (which focuses on indoor coverage and long battery life) and Cat-M (a machine-to-machine and IoT applications solution). Both use a subset of the LTE standard, and subsequently, there’s typically a fee associated with their usage. But that hasn’t prevented hundreds of telecoms from deploying and launching them to date.

So what’s Amazon’s endgame with Sidewalk, given the stiff competition it faces out of the gate? Paid services atop Sidewalk certainly seem likely. At this week’s event, Amazon touted the spec’s support for background OTA updates, which appear to be akin to features already offered through platforms like Microsoft’s Azure IoT Hub, Google Cloud IoT, and Amazon’s own AWS IoT.

Assuming forthcoming products like the Fetch aren’t cross-compatible with, say, Zigbee or Bluetooth, Amazon stands to profit enormously from Sidewalk ecosystem lock-in. It will presumably be the first to offer a software-as-a-service (SaaS) complement to the hardware, and there’s nothing preventing it from baking in licensable features and functionality over time.

On the device side of the equation, Amazon might exact fees from manufacturers who participate in some sort of certification process, much like what Apple demands from MFi participants. And perhaps someday, it might launch a fully managed service wherein OEMs pay for the privilege of outsourced device maintenance, troubleshooting, and upgrades.

Although Sidewalk’s motivations are rather obvious, its success is by no means a sure thing — particularly considering that it will require consumers to purchase new base stations and smart devices. It’s early days, of course, and much about Sidewalk remains shrouded in mystery. But what is certain is that Amazon has its work cut out for it. 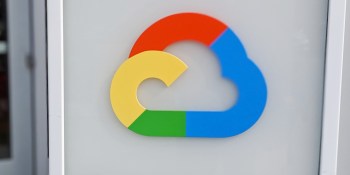