After a tease in August that a Marvel-themed VR experience was coming to The Void’s virtual reality centers, the companies have confirmed the name and an unexpectedly near-term release date for the project. Avengers: Damage Control will launch at The Void on October 18, and bookings are starting today.

Co-developed with ILMxLAB, the Disney studio responsible for Oculus’s Vader Immortal and The Void’s Star Wars: Secrets of the Empire “experiences,” Avengers: Damage Control is an interactive adventure based on a theme millions of fans have been imagining since Marvel Studios’ blockbuster theatrical run of Black Panther. Shuri — Wakanda’s technological heir apparent to Tony Stark — is testing female and male battle suits combining Wakandan and Iron Man technologies. You’ll wear one of them inside the VR environment, interacting with Doctor Strange, Ant-Man, the Wasp, and at least one “familiar” villain.

Four people get to experience Damage Control together, enabling a family or group of friends to live out an Avengers fantasy in VR — for a fairly steep price. Beyond needing to travel to one of The Void’s locations, tickets are $40 per person aged 10 and up. That’s a lot more expensive than seeing the latest Avengers movie in any theater, and with only 15 minutes in VR surrounded by 15 minutes of onboarding and exit time, one sixth as long of an experience.

That said, you do get to experience a combination of high-end computer-generated VR, the now-classic Avengers cinematic theme music, and the actual voices of Letitia Wright (Shuri), Benedict Cumberbatch (Doctor Strange), Paul Rudd (Ant-Man), Evangeline Lilly (Wasp), and others, Marvel has confirmed. Disney has separately licensed Oculus (Marvel: Powers United) and Sony (Iron Man) to release VR titles for home PCs and consoles, generally without participation from the theatrical actors.

The Void is in the midst of a major expansion that will see it grow its current footprint from 14 VR centers to 25 over the next two years. Beyond the U.S. and Canada, The Void will be opening European locations in partnership with mall owners that are working to repurpose former retail locations. For the time being, Damage Control is only available in 10 Void centers. Tickets for the experience are on sale now. 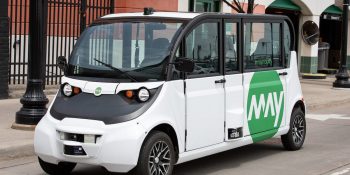