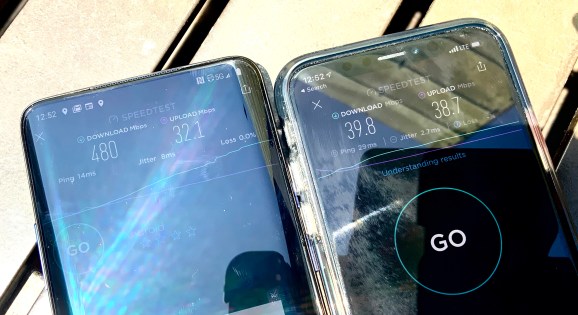 Following an October vote that signaled partisan support for the deal, T-Mobile’s proposed merger with Sprint today officially won the backing of the Federal Communications Commission. The FCC rested its decision heavily on the carriers’ pledges to offer 5G service to 97% of the American population within three years, and 99% within six years, moves the agency said “will help close the digital divide and advance United States leadership in 5G.”

As of today, T-Mobile and Sprint operate separate and competing national 4G networks across all 50 states, but their fledgling 5G networks are incompatible with one another. The carriers have pledged to unite their separate but complementary assets into a single nationwide 5G network spanning high-, mid-, and low-frequency radio towers, the latter providing a national blanket at lower speeds while the mid- and high-frequency radios offer considerable improvements in specific areas.

To that end, T-Mobile and Sprint are promising to deliver “at least 100Mbps” speeds to 90% of Americans within six years, with 50Mbps or greater speeds for 99% of Americans. That language suggests that the carriers’ low-frequency blanket won’t perform much better than current 4G networks, but will actually make service available to underserved customers in rural areas, who today complain of sub-10Mbps speeds and service outages. The carriers are promising 5G for 85% of rural Americans in three years, then 90% in six years.

Early mid-frequency 5G deployments from Sprint are seeing average speeds in the 200-300Mbps range, with peaks in the 600-700Mbps range, depending on the city and neighborhood. T-Mobile’s high-frequency 5G towers are capable of faster speeds, but it is banking heavily on low-frequency 5G, which it has yet to support with compatible handsets.

Enforcement of the carriers’ promises will include third-party auditing with over $2 billion in penalties for failure to meet the stated commitments, as well as additional payments until the commitments are fulfilled. Moreover, the carriers will be divesting sufficient assets to enable Dish Network to take Sprint’s place as a fourth-place U.S. national cellular carrier, while Dish will be obliged to meet construction deadlines to offer 5G to over two-thirds of Americans within four years.

The deal remains subject to a lawsuit by multiple state attorneys general, who claim that the merger will harm competition and lead to increased prices for consumers — an issue the carriers have disputed and sought to address with individual states. By contrast, both the FCC and Justice Department have agreed that the merger is in the best interest of American consumers, with the FCC noting today that it has “concluded that the transaction, as conditioned, would not harm competition,” and will in fact enhance competition in multiple markets.