A coalition of blockchain researchers, entrepreneurs, and investors have opened a massive new blockchain incubator called “The Garage” in Paris as part of an effort to enhance Europe’s position as a hub for the emerging technology.

The incubator in the Paris city center spans three floors of a building, totaling 5,000 square feet. The goal is to give visibility to a community of developers in a budding industry that is often remote and disconnected.

“The idea is to have a place where people can hang and learn,” said Cyril Paglino, one of the people behind the effort. “Blockchain is pretty abstract for most people. To have it in the center of Paris will be key to letting people know things are really happening. It’s like an anchor.”

Paglino made a splash several years ago with his startup Tribe, a video messaging app that raised $6.5 million and initially seemed like a hit. But after hitting a wall in growth, an effort to pivot was blocked by Apple’s App Store, and Tribe was closed in 2017. That experience motivated Paglino to launch Starchain Capital, a venture firm focused on blockchain startups that couldn’t be blocked by tech giants.

More recently, Paglino has been advising and working part-time with the developers behind Dune Networks, a blockchain platform specifically created for enterprises and large businesses. Dune was a fork from the Tezos blockchain project.

The primary developers of the Dune protocol will move into The Garage, as will Dune Studios, a for-profit business that will be designing applications for open source networks. Paglino’s Starchain Capital will also relocate to the space. 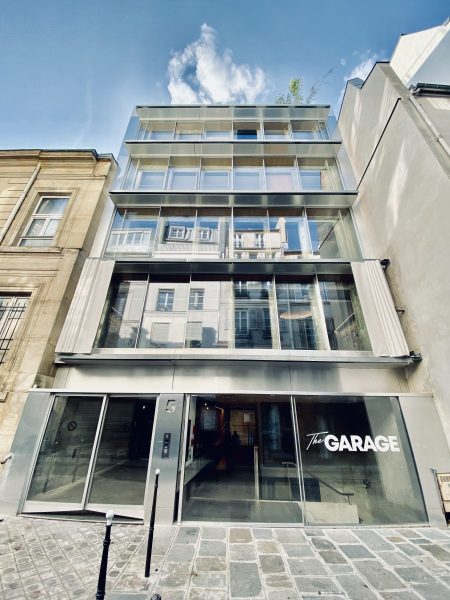 Above: The Garage, a new blockchain incubator in Paris.

Image Credit: Courtesy of "The Garage"

A big part of the mission is convincing large companies to embrace blockchain — ideally Dune, though not exclusively. The first floor is essentially an open co-working space where anyone can drop in without having to formally join. The Garage will also offer product, strategy, and PR advice to startups that work from the offices.

More formally, there will be training education services, as well as paid consulting for large companies, similar to The Family’s model, Paglino said.

While focused on France and Europe, Paglino said The Garage will be open to startups from anywhere. And naturally, this activity will help Starchain keep tabs on promising startups for potential investments.