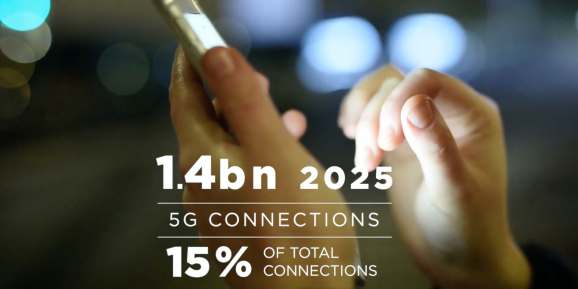 If you’ve worked in an office or factory, you’re probably accustomed to using either Wi-Fi or Ethernet to connect to your corporate network, but that’s about to change: Pioneering companies are preparing to use private 5G networks to replace or augment their existing infrastructures, a movement Germany is kicking off by offering corporate licenses to fractions of 3.7-3.8GHz wireless spectrum for 5G services.

The concept may seem somewhat unusual to most people because 2G, 3G, and 4G networks have largely been operated by mobile carriers of national or regional scale, licensed by a national government to offer services accessible to the general public. Private 5G networks, by comparison, may span a single company building, corporate campus, or agricultural area, connecting employees’ mobile devices solely to whatever resources the company wants to make available — without necessarily including access to the public internet.

Security and privacy are two of the more obvious reasons a company might want to operate its own 5G network. But former Wi-Fi and Ethernet users also see promise in new technologies included within 5G, including an ultra-reliable low latency communications protocol that can be used to automate factories or farms, and numerous technical improvements to make more efficient use of wireless spectrum.

For governments, the tricky part of offering private 5G networks is managing them simultaneously with growing demand for public ones. Germany’s decision to sell 3.7-3.8GHz spectrum to private companies, which buy narrow localized rights as needed rather than nationwide ones, means that national carriers can’t obtain rights to the same spectrum — even if it’s adjacent to public 5G spectrum, which might otherwise have been combined to deliver higher speed public service. Deutsche Telekom has protested the impact of the policies, which it claims have driven up prices for public spectrum while reducing corporate dependence on its networks.

The German government appears to be undeterred by the carriers’ concerns. As a representative of the country’s Federal Ministry of Economy and Energy explains:

Germany is one of the global pioneers in the private use of 5G. Here we lay the foundation for disruptive change. The local frequencies now allow companies to build their own network from day one. So far, companies have been dependent on telecommunications providers. That’s a big step forward. It is even possible what was previously unthinkable: to build mobile networks, disconnected from the Internet. That offers a whole new level of security.

Starting today, businesses can apply to the ministry for the exclusive right to use some of the 100MHz of 3.7-3.8GHz spectrum in their networks, based on frequency fees established in Germany’s Federal Law Gazette. The government believes that the fee structure will ensure the efficient use of available frequencies, though it’s likely that demand will grow over time. In the United States, both sub-6GHz and millimeter wave spectra are expected to become available for private 5G networks, while other countries are generally looking at private allocations either of sub-6GHz or millimeter wave frequencies, rather than both.