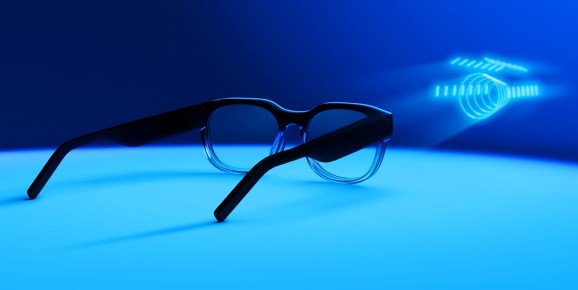 North, an augmented reality (AR) wearables company backed by Amazon and Intel, has announced that it’s pulling its current Focals smart glasses off the market in preparation for a new incarnation sometime in 2020.

The Canadian company isn’t giving too much away in terms of how Focals 2.0 will differ from the current version — but we do know that they will be 40% lighter, with a “sleeker” look that makes them “nearly indistinguishable” from standard glasses. The company also promises a 10-times higher resolution retinal display compared to the originals and will offer a broader range of prescription support.

Somewhat cryptically, North also said in a blog post that it’s moving beyond a display that offers “instant access to your digital life” toward a future “where computing moves into the world around us.” North will reveal key details such as price, new features, and launch date in the coming months.

“The first generation of Focals marked the evolution of traditional glasses to smart glasses, with a considered design representing the first true everyday smart glasses available on the market,” North cofounder and CEO Stephen Lake said in a separate press release. “Focals 2.0 are at a completely different level, as the most advanced smart glasses ever made. They represent an enormous step forward in engineering the future.”

North, formerly known as Thalmic Labs, pivoted from gesture- and motion-guided devices to holographic eyewear last year. Focals represented the first North-brand product, connecting to smartphones over Bluetooth to display key notifications directly in the wearer’s field of view. A separate connected ring called Loop is also required and allows users to control the glasses by clicking with their finger. This setup saves you fiddling with any buttons on the glasses or your smartphone — it’s all about being discreet. Moreover, the spectacles sport a built-in mic so you can ask Alexa questions, with answers delivered on the display or via a little speaker.

Much has happened in the 14 months since Focals first went to market. In February, the company scythed the price nearly in half from $999 to a $600 starting price, and then it laid off some 150 employees to cut costs. A month later, news emerged that North had raised $40 million in debt financing, its first outside funding since it closed a $120 million round from big-name backers that include Amazon’s Alexa Fund and Intel Capital back in 2016.

North is now applying its learnings from not only the past year but its entire history prior to its pivot.

“We spent the last year in the market learning how to build, sell, and support smart glasses with our first generation product that we now will combine with over five years of research working on the technology upgrades in Focals 2.0,” Lake said.

A number of companies are working to bring smart glasses to the mass consumer market. Earlier this year, Vuzix started selling its $1,000 Blade AR smart glasses, which feature additional functionality, such as the ability to watch Netflix and Amazon Prime videos on the display. Vuzix’s glasses also allow users to snap photos and shoot videos via an on-board camera. Elsewhere, Snapchat parent Snap recently doubled down on its wearables ambitions with the launch of dual-camera Spectacles to create 3D AR content.

Despite these efforts, smart glasses have yet to really take off in the consumer realm, something North is clearly looking to change by keeping things simple. It wants to make smart glasses smaller, lighter, and more discreet, which means we probably won’t see any built-in cameras on Focals 2.0.

It’s worth noting that Focals were originally only available to buy through North’s physical retail showrooms in Toronto and New York, in addition to roving pop-up showrooms that toured key cities across North America. Back in September, however, North opened up online orders for the first time, allowing consumers to measure up their glasses themselves using the iPhone’s TrueDepth camera.

That move eliminated one of the major obstacles to acquiring North’s eyewear, and with Focals 2.0 we may see more of North’s technology in the wild over the coming year.

“Focals 2.0 is such an incredible step forward, and we are gearing up to bring to market at scale,” North CTO and cofounder Matthew Bailey added. “Since launching Focals last fall, we have consistently updated the product experience and will continue to add new features and functionality to our first product generation as we build to our launch of 2.0.”