Outsight announced it has raised $20 million in venture capital to develop the first commercial version of its 3D camera that promises more rapid and accurate processing of images to power smart cities and autonomous vehicles.

The Paris-based company says its 3D Semantic Camera can detect objects and at the same time recognize them within the context of their broader surroundings. Outsight claims these cameras, which combine the company’s hardware and software, provide data that accelerates the work of AI algorithms.

Outsight intends for the cameras to initially power monitoring services in places like airports and malls and eventually target vehicles and remote robots.

“We see the first applications in smart cities and smart monitoring infrastructure,” said CEO and cofounder Cedric Hutchings. “The environment is fixed, and it has fewer constraints than putting [cameras] on vehicles. We’ll have a version for autonomous vehicles, but that’s a longer journey.”

Hutchings is best known as the former CEO and cofounder of connected health startup Withings. Nokia acquired Withings in 2016 for about $200 million, making Hutchings head of the Finnish company’s new digital health unit. But the deal went south quickly, with Nokia in 2018 announcing plans to close or sell the group.

Withings cofounder Eric Careel reacquired Withings last year with a plan to rebuild its connected health business. Hutchings said he was glad to see the company get a second chance but opted not to rejoin.

“I am happy the team survived and they’re doing really well,” Hutchings said. “But after eight years at Withings, I didn’t want to go back in. I was looking for a new technical challenge that was exciting.”

That led him to French startup Dibotics, founded by Raul Bravo and Olivier Garcia. Dibotics had developed software that could use more limited resources to process images for autonomous vehicles, eliminating the need for the data-gathering required to feed a machine learning system. Because the information was processed directly on a Dibotics chip, rather than being transmitted to an ML engine, it could more rapidly deliver precise information while using less computer power.

This software and chip system was integrated into a new camera Hutchings developed that included 3D sensors. Outsight boasts: “This technology provides an unprecedented and cost-efficient ability for systems to perceive, understand, and ultimately interact with their surroundings in real time.” 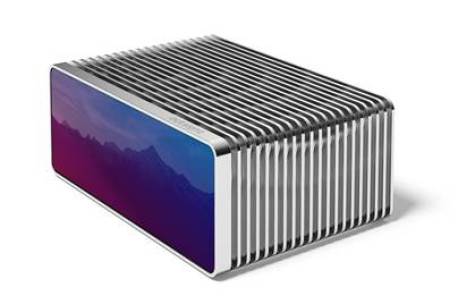 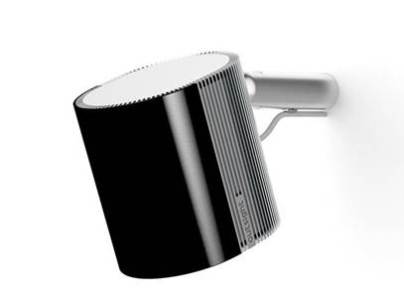 Above: … and for smart cities.

Outsight officially launched in April of this year and demonstrated a version of its camera for cars in August. Hutchings said he expects a commercial version of the smart city camera to be ready early in 2020, with deployments already being lined up.

The $20 million round is the company’s first outside funding. Demeter Partners, a French venture capital fund that focuses  on smart cities and mobility, led the round, which included money from the Périer-D’Ieteren family of philanthropists and BNP Paribas bank.

The company now has 30 employees in Paris, Helsinki, and San Francisco. Hutchings said he’s also scouting locations in Europe for a manufacturing facility to ensure the cameras can be mass produced at sufficient volumes and quality. He said that’s critical for convincing automotive partners that the company can be a reliable supplier.

“If you want to be serious about talking to the automotive industry,” he said, “you have to prove not only that you have the technology, but that it can scale.”