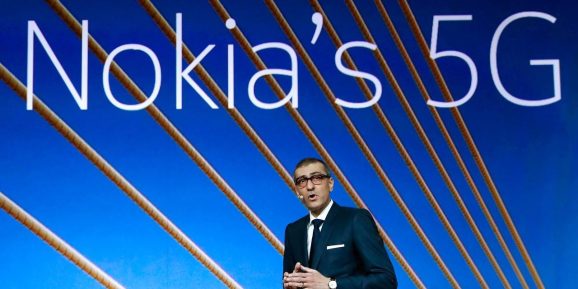 Following the withdrawals of multiple major companies from MWC 2020, the GSMA is reconsidering whether to cancel the show or postpone it until spring due to the coronavirus pandemic. The deliberations are continuing as both exhibiting and attending companies bow out one by one, most recently 5G hardware maker Nokia, which announced today that it’s withdrawing due to employee and attendee health concerns.

The coronavirus has killed over 1,100 of the 45,000 people infected thus far as it expands outside China’s borders, and leading health authorities continue to say that “much is unknown” about how it spreads. Attempts to quarantine a small number of infected passengers on a cruise ship may have led to a larger-scale outbreak, and health officials suspect that the virus might be able to spread through buildings by pipes.

Formerly known as Mobile World Congress, MWC is hosted annually in Barcelona, Spain by wireless industry association GSMA. While the organization said last week that the 2020 show “will proceed as planned” despite some exits, it left open the prospect that there might be “further impact” from 5G tower hardware maker Ericsson’s early decision to withdraw. The group reaffirmed its “moving ahead” plan in an email to attendees this weekend and barred “all travelers from the Hubai province” access to most of the event’s sites. Even so, LG Electronics, Nvidia, Amazon, Sony, and Intel are amongst the marquee vendors that have cancelled their plans to attend the event, joining wireless carriers that include AT&T, Sprint, and BT.

MWC 2020 was expected to host all of the world’s top networking gear, handset, and chip designers as the 5G era truly kicks off across multiple regions. But it has now lost participants from the U.S., Europe, and Asia. Chinese phone and networking gear maker ZTE was the first company to express potential coronavirus-related concerns, cancelling its press conference while maintaining a booth at the event. Soon thereafter, South Korea’s LG pulled out to avoid “needlessly exposing hundreds of LG employees to international travel” against the advice of “most health experts,” and Ericsson followed suit after “an extensive internal risk assessment.” Several of the companies, including Ericsson and Nokia, have promised customers local events to preview their latest offerings.

A report in Spanish newspaper El Pais pegs the value of MWC 2020 at €492 million ($536 million) for the city of Barcelona, a sizable sum that doesn’t include losses to individual companies that have withdrawn their booths and employees. Wired reports that GSMA is “pleading” with the city to declare a public health emergency so it can recoup insurance costs from canceling the event. We’ll continue to update you on the latest developments as they happen.