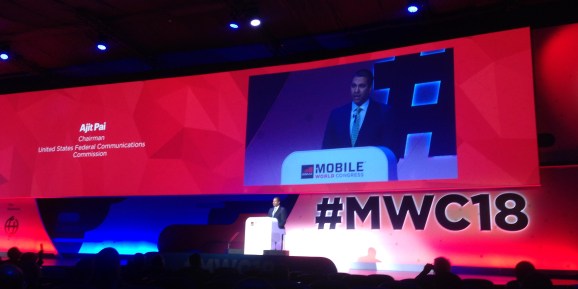 To be very clear up front: The COVID-19 coronavirus has largely earned its fearsome reputation. As of today, at least 2,800 people have died, and 82,000 have been infected. These are real people with families and communities that will never be the same, due as much to individual fatalities and quarantines as broader societal panic and disruptions. So when I think about COVID-19, my primary concern is at the human level, and sorrow for those whose lives have been ended or disrupted.

That having been said, it became impossible this week to ignore the coronavirus’ broader impacts on the global economy, particularly within the technology sector. Earlier this month, MWC (formerly Mobile World Congress) exhibitors scaled back and pulled out one by one until the massive, important telecom industry gathering was cancelled. Game industry trade shows PAX East and GDC have subsequently lost marquee participants — including some that barely had to travel — due to COVID-19 fears. Today, Facebook cancelled its F8 developers conference, which was scheduled for May. And the July/August 2020 Olympics in Tokyo are said to be at risk of cancellation as well.

In each case, calling off or scaling back an event has massive costs and only one upside: precluding a gathering from becoming the origin point of another outbreak. Balancing risk and reward, some organizers and partners view the guaranteed financial disruption as unwarranted given the speculative nature of the threat. Immediately before MWC’s cancellation, the city of Barcelona insisted that it was currently safe (and it almost certainly was), but the open question was whether that would continue to be the case if 150,000 people traveled to the city from all across the world, including China, then co-mingled in close quarters for several days.

Cancelling MWC was rougher for the tech world than most people fully appreciate. Putting aside complaints that companies couldn’t enjoy the networking (and Spanish tapas) that only a gathering in Barcelona can offer, the bigger picture is that MWC 2020 was supposed to be the international coming out party for 5G — the event where so many carrier, device, and service announcements were made at once that 5G’s global impact this year would be unquestioned. Instead, many companies were forced to cancel or reschedule their press conferences, issue more limited announcements, and hope that prerecorded or virtual demos might have the impact of live ones from MWC’s floor.

MWC is also an event where major deals get signed. Once attendees can physically inspect new offerings and talk directly to key executives or engineers, long-gestating partnerships are finalized in actual contracts, and early collaborative intentions become formalized in memorandums of understanding. There’s certainty in having C-level participants meet face to face and reach agreements — opportunities that Ericsson, Huawei, Nokia, Qualcomm, and Samsung can use to make big agreements for the supply of infrastructure hardware and devices.

Nixing the Olympics over COVID-19 is another story entirely. Billions of dollars are invested in just the digital infrastructure for Olympic events, and Japan has spent years preparing to officially debut its national 5G cellular and 8K video offerings at the 2020 Olympics, only modestly acknowledging pressures to move up its timetable. These and other new technologies were expected to be some of the biggest non-sporting stories at the Olympics, helping to spur global awareness and consumer adoption during the second half of the year.

As of today, it doesn’t seem likely that COVID-19 will actually spread through the Olympics. Given the current growth rate of cases, affected geographies, and high percentage of people who survive rather than succumb to the disease, there’s reason for optimism that the outbreaks will taper off before then instead of getting progressively worse. Even so, there’s more than human lives and new product publicity at stake for the tech world.

Panic over the coronavirus is directly impacting tech companies’ manufacturing and sales. Apple’s Chinese factories delayed their post-Lunar New Year reopenings due to fears over potential outbreaks, and it shut its retail stores in the country due to various practical considerations, leading to a rare quarterly revenue projection cut. Nvidia and other companies have started to slash their earnings expectations, as well. For now, there are signs that companies’ operations (and profits) are largely normal outside of China, but there will certainly be trickle-down effects on global product availability if Chinese factories can’t fully get back online soon.

There’s no easy answer to resolving the tension between exercising due caution and getting back to work — there may be no “correct” time, and what seems wise or unwise at one moment may be revealed to be the opposite weeks later. Moreover, as MWC and Barcelona illustrate, there may never be a way of definitively knowing what would have happened if a cancelled event instead carried on as planned, or if a closed factory resumed production earlier.

Given the spread of the disease and the risks to both human lives and the global economy as a whole, my hope is that each company or event organizer’s decisions on whether to move forward are made by cool heads using fact-based science and good information. Regardless of what’s ultimately decided in each case, a transparent and rational process would go a long way towards inspiring confidence in the outcomes, and eventually moving everyone away from the current state of global panic.