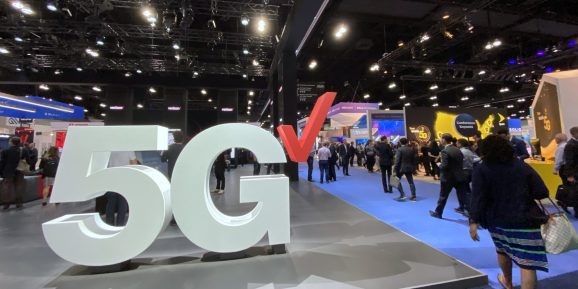 While rivals AT&T and T-Mobile were racing to launch nearly national 5G networks last year, Verizon oddly focused on rollouts at sports stadiums and arenas — places where it could show off its high-speed, short-distance millimeter wave technology. Now the Better Business Bureau’s (BBB) advertising arm is taking Verizon to task for using those stadium installations as proxies to overhype its modest 5G expansion elsewhere.

This morning, the BBB’s National Advertising Division (NAD) told Verizon to stop claiming that it was “building the most powerful 5G experience for America” and recommended that the carrier make clear and conspicuous disclosures to consumers about the limited actual availability of its 5G network. While Verizon has agreed to update its disclosures, it will appeal the NAD’s objection on its network construction claims to the National Advertising Review Board.

The NAD action comes at a critical juncture for U.S. 5G deployments, which have thus far failed to deliver on the 5G standard’s bold promises. Consumers and businesses were promised 10 to 100 times faster mobile and fixed broadband speeds, as well as single-digit millisecond latency and remote industrial benefits, sparking widespread interest in the new technology. But early U.S. 5G networks have ranged from tiny (Verizon) to fuzzy (AT&T) to large and slow (T-Mobile), depriving most potential customers of those expected benefits, despite general eagerness to market “5G” as a reason to invest in new devices and services. Meanwhile, similar networks elsewhere in the world are delivering much faster average speeds, in some cases covering much larger percentages of the population.

Verizon’s rollout has been particularly unusual. As one of the two largest cellular carriers in the United States, it has over 100 million wireless customers and has aggressively promoted 5G for two years. Yet Verizon’s 5G rollouts have been almost comically spotty, covering only “parts” of over 30 cities, with outside estimates of roughly 3% coverage in some supposedly served areas. In some cases, Verizon’s 5G is available largely in stadiums or airports — retrospectively bad bets in 2020 — but the ads cited by NAD implied that the carrier’s “powerful” 5G performance was widely available elsewhere and would be coming wherever the ads were being shown. To the extent Verizon offered disclaimers in ads, they were obscured by text-neutralizing colors and fast-moving video.

Somewhat surprisingly, the initial complainant on the ads was chief rival AT&T, which brought the claims to NAD — a division of the BBB’s industry self-regulating organization BBB National Programs — for resolution. AT&T has created its own 5G-related headaches, underdelivering on a consumer 5G network last year, and mis-marketing its 4G LTE Advanced network to consumers as “5G Evolution” in the lead-up to offering actual 5G network access. Sprint, now owned by T-Mobile, took AT&T to court over 5GE “deception,” ultimately settling.

It remains to be seen how Verizon will actually improve its 5G network this year. The carrier currently offers super simplified “5G coverage maps” for 34 cities, with only one — San Diego — identified as “coming soon,” though Verizon is promising some coverage in 60 U.S. cities by year’s end. CEO Hans Vestberg said this week that expansion of Verizon’s initially hyped 5G Home broadband service will take place this fall, pending delivery of 5G modems with longer-range Qualcomm millimeter wave hardware. The carrier has also committed to rolling out a slower version of 5G that will share its existing 4G spectrum with 5G devices, though the timing of that is still ambiguous.