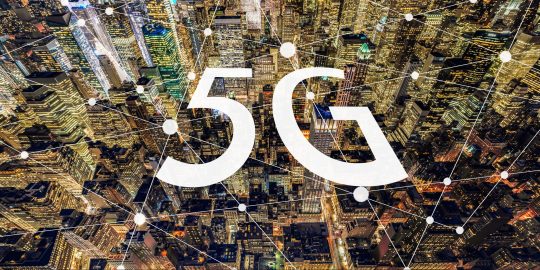 Everything with COVID-19 has turned out to be more complicated than it initially seemed. Originally downplayed as little more than a flu variant with a short gestation window and a narrow ability to cause fatalities, the coronavirus has instead lurked in unknowing carriers for weeks, attacked victims of all ages, and all but shut down entire nations. Three of those countries — the United States, South Korea, and China — were among the world’s first to adopt 5G cellular technology, and their companies are critical to enabling device and network rollouts elsewhere in the world. What does that mean for 5G?

Like COVID-19 itself, the pandemic’s impact on 5G isn’t easy to summarize. Pushed by major brands, smartphone and component factories generally resumed production quickly enough to guarantee 5G device supplies, but some testing and R&D initiatives were set back by months. On the network rollout front, some carriers and countries have suggested that nothing has changed, while others have at least modestly delayed individual or national rollouts.

As the U.S. workforce becomes increasingly mobile, with work from home as a viable option for more users, 5G is going to be a key enabler of both high-speed portable communications and wireless home broadband. Here’s what businesses and consumers can generally expect from 5G device and network rollouts over the next six months.

The two primary categories of 5G devices that are already in the marketplace are smartphones (“mobile 5G”) and home broadband modems (“fixed 5G”). Most currently available evidence points to uninterrupted releases of both sorts of devices this year, though some key products in each category are likely to arrive a little later than might have been expected.

On the smartphone front, the components for 5G Android phones have been in testing and production long enough that the coronavirus appears to have had relatively little impact on their supply. Samsung launched the Galaxy S20 series in the early stages of the pandemic, and though sales have reportedly been down sharply for various reasons, there haven’t been complaints about scarcity. Many other Android vendors have continued to hold launch events and ship 5G phones — more in the first quarter of 2020 than all of 2019 — though quite a few have been targeted towards China, where 5G network rollouts have been robust and demand remains high.

The only major laggard is Apple, which was expected to release its first 5G iPhones in September. Supply chain reports suggest that their iOS operating system is two weeks behind schedule due to corporate work from home adjustments, and the devices are now more likely to arrive in October, potentially as late as the first week of November. While that’s a little late, it’s not without precedent, as Apple’s then-flagship iPhone X didn’t hit stores until November 3, 2017, more than a month after the iPhone 8 and 8 Plus on September 22 — still in time for holiday gifting, though supplies were initially constrained.

On the fixed 5G front, vendors of fixed 5G broadband modems are currently awaiting deliveries of Qualcomm’s next-generation QTM527 millimeter wave antenna system, which promises to expand the transmitting range of the fastest 5G devices to a mile (absent physical impediments). Carriers will be able to deliver up to 7Gbps speeds with these modems, seven times faster than the most deluxe home broadband customers use today, and 60 times faster than the current U.S. average. Modems with QTM527 are still planned for the “2020” and “second half 2020” release windows Qualcomm and carriers previously announced, but Verizon said this week they’re arriving in the fall.

Although multiple countries are in the process of allowing retail stores to reopen, “post-pandemic” (or, if you’re skeptical, “mid-pandemic”) consumer demand for new devices is emerging as a concern for some companies and carriers. As of today, there are valid questions as to whether people will engage in the traditional summer and back-to-school shopping seasons given massive disruptions to employment and physical returns to school. But there’s little doubt that companies will do everything possible to have compelling new products available for the all-important holiday season.

Networks: Carriers try to move forward, with or without governments

Without getting stuck in the weeds of individual cellular carrier decisions, it’s fair to say that the coronavirus pandemic has had different impacts from company to company, and country to country. On a positive note, carriers don’t appear to have been as financially devastated by bans on indoor gatherings or actual COVID-19 infections as many other companies. Some carriers have even reported that their outdoor 5G tower installations are proceeding rapidly during the pandemic, as tower climbers have been able to work without interruptions to place the large and small cell equipment required for 5G networks.

Network launch and expansion disruptions appear to be modest in the United States. T-Mobile has suggested that its 5G rollouts are full steam ahead, and that local government permitting delays — a problem well before the pandemic — are the key roadblock it’s now dealing with. AT&T has cited similar permitting issues, as well as challenges in hiring enough 5G tower climbers, though it still promises to offer “nationwide” 5G this summer. Verizon reiterated that it’s on track to offer mobile 5G service in parts of 60 cities by the year’s end, though it’s waiting on the aforementioned Qualcomm parts to expand its fixed 5G offerings in those locations. That said, U.S. carrier executives have hinted that sales have been hurt at least somewhat by the shuttering of their retail locations and massive layoffs affecting millions of their customers.

Outside the U.S., the carrier stories become more interesting. On a macro level, the cellular industry saw its biggest annual event — MWC Barcelona — abruptly canceled due to early coronavirus fears, after which 2020’s Tokyo Olympics were postponed until 2021, a one-two punch to major international 5G marketing efforts that had been planned for years. Canadian carrier Bell said last week that although its 5G network was ready to launch, it was delaying the debut because it couldn’t effectively market new offerings during the pandemic. In the U.K. and Australia, carriers have also been threatened by conspiracy theorists targeting network hardware installers and cell towers.

In China, government coordination prevented the pandemic from stopping 5G network rollouts, which were already well underway before the virus broke out in Wuhan. The country’s top three carriers already have over 50 million 5G subscribers, and Nikkei expects China to have 70% of the world’s total 5G customer base by year’s end. Smaller but still significant South Korea had 5.77 million subscribers as of April, nearing 10% of its own population, and its top carriers are continuing to pour billions of dollars into network expansion.

Both Asian countries’ governments have been aggressively pushing for 5G network deployments, enabling each to boast a variety of 5G “world’s firsts” over the past two years, while carriers in regional neighbors Japan and Thailand only recently turned on their 5G towers. European 5G network deployments were already spottier, in large part due to governmental delays, and COVID-19 outbreaks have only made them worse. Austria, France, Poland, Portugal, and Spain have all delayed 5G spectrum auctions due to the pandemic, while Germany’s United Internet blamed the closure of government permitting offices for delaying its 5G network launch.

This isn’t to say that 5G networks aren’t or won’t be available in some of these countries this year, but that the steady march towards much faster cellular access will be a little slower and more uneven in some places than originally expected. While it would be easy to blame the pandemic for these problems, spectrum allocation and permitting delays predate the pandemic by years. So if your neighborhood or country doesn’t have at least some form of 5G service by year’s end, that’s most likely due to slow-moving government officials, not the coronavirus.

There hasn’t been much good news since COVID-19 began to spread, and there are still good reasons to doubt that 5G will fully deliver on its ultimate promise this year. But those of us who have been waiting for 5G networks to improve — say nothing of a worthwhile 5G device to make use of them — will almost certainly have multiple reasons to be joyful before the end of 2020, assuming we’re lucky enough to be in areas where 5G rollouts are continuing without major interruptions.