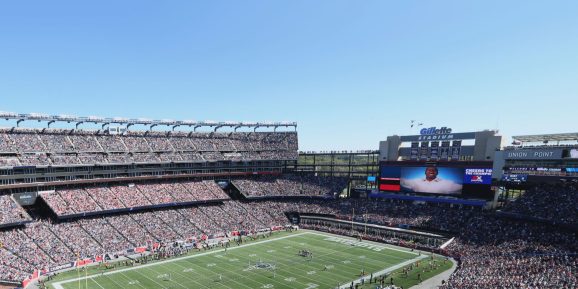 Rolling out a 5G network isn’t as easy as it sounds: Between the challenges of local approvals, physically climbing towers to install new radio hardware, and getting compatible handsets into consumers’ hands, the process can take longer than expected — and yield less-than-impressive results.

As I’ve followed Verizon’s 5G rollout, I’ve kept these practical factors in mind rather than unrealistically expecting everything to happen at once. So when the carrier said it was initially launching 5G service in small parts of cities while promising rapid further expansion, I understood. Similarly, when I saw it fighting with local officials in Rochester, NY over onerous fees, or wrestling with aesthetic and environmental concerns in San Diego, I wasn’t surprised. Since I’ve lived near both of these cities and visited them many times, I know exactly why these debates are happening.

But as a journalist covering the rollout, I can’t reasonably give Verizon or any other carrier a pass when its 5G rollout goes sideways. Back in June, I openly scoffed when AT&T called itself the “world leader” in 5G after launching an invisible, enterprise-exclusive network with zero consumer devices. Today, Verizon made an 5G announcement that officially crossed the line into bizarro territory, and though I think I know why it happened, there’s really no making sense of it for average consumers.

The “news” is that Verizon is now offering live 5G service in 13 NFL stadiums — kind of. You have to put aside the fact that the carrier’s headline mentions 13 stadiums, while its press release only identifies 12 of them. Then you’ll need to gloss over the detail that 5G will “be concentrated in parts of the seating areas but could be available in other locations in and around the stadium as well.” (Emphasis mine.) At that point, you’ll hit this sentence:

In some cities the stadium will be the only place with Verizon 5G Ultra Wideband service, offering fans a unique 5G experience they can’t get anywhere else in their local area.

Let’s consider this for a moment. If you go out and buy a $1,000 Verizon 5G phone today, you might get 5G service if you’re in the right seats at certain football stadiums, some of which are the only places with Verizon 5G in their cities. Who would do that? And isn’t there a better time to experience the ultra-fast download speeds of your brand new phone than in the middle of a live sporting event you paid to watch in person?

I characterize this as bizarre because it doesn’t track with any sensible consumer electronics purchasing or rollout strategy I’ve witnessed in my lifetime — but then, very little of Verizon’s 5G rollout has made sense thus far. It launched and then paused rollouts of early 5G home services. Then it launched mobile 5G in small pockets of different cities. Now it’s adding 5G support in a bunch of football stadiums, while touting future “potential to provide other benefits to these stadiums beyond enhancing the NFL fan experience.”

You’d have to be a special sort of NFL fan to sign up for Verizon 5G under these conditions. It’s hard to image anyone buying a Verizon 5G phone to use at the Seattle Seahawks’ CenturyLink Field, but not in Seattle. Or at the New England Patriots’ Gillette Stadium, but not in Boston.

Real people don’t buy 5G phones just to use on a few streets in a handful of cities, but that’s how the carrier launched 5G in the metropolis of Chicago and smaller cities such as Providence, Rhode Island. Just last week, it was still conducting 5G network demonstrations with the caveat that testers would need to visit and actually see specific cell tower sites in order to experience faster service.

Perhaps fantasy football fans will be willing to hunt down the specific seats at these stadiums that have 5G service in the hope of getting faster updates, scores, and replays. Unfortunately, just like the parts of 10 cities with Verizon 5G service, there still aren’t any actual 5G coverage maps on Verizon’s site for these stadiums, so maybe super fans can be convinced to use their new phones to create 5G seating charts during the games, too.

As little as this all makes sense for consumers, there’s a plausible explanation: Verizon’s 5G rollout hasn’t been going to plan. Based on past history, my best guess is that the carrier aspired to launch 5G across (almost) every major city with an NFL stadium, covering tens of millions of customers while using the stadiums as crown jewels to demonstrate 5G’s broadcasting and downloading potential. Instead, local regulatory impediments and technical challenges conspired to slow down the rollout, making today’s announcement all but pointless.

Clearly, there’s more to a successful 5G network launch than just being first to offer service in a bunch of scattered locations. Until Verizon starts offering consumers enough breadth of 5G coverage to make higher-speed access routine rather than occasional, these incremental announcements of 5G support in “parts of the seating areas” of select stadiums are less than newsworthy. In fact, they’re only underscoring the still nascent nature of Verizon’s 5G services so long after its “first in the world” launch, and raising questions as to when it’s actually going to start serving masses of people rather than the most speculative early adopters.