**Subsequent to this article’s publication, XRspace changed the name of its XR headset from Mova to Manova due to a dispute with Mova, a company that has no connection with XRspace’s headset.

Virtual reality (VR) has gained a renewed sense of purpose amid the global pandemic that has kept billions of people living and working from home. And Peter Chou wants to be at the forefront of this resurgence.

Chou, the HTC cofounder who stepped down from his CEO role at the Taiwanese technology giant back in 2015, has made no secret of his interests in the VR space. He was at the helm when HTC started working on its own VR headset, and he later joined Hong Kong-based visual effects studio Digital Domain Holdings to help steer its VR content and production. At MWC in Barcelona last year, Chou teased an entirely new project called XRspace, with the promise of a new extended reality (XR) platform that embeds a “social” element into the very fabric of the virtual experience.

Twelve months on, Chou was gearing up to officially launch XRspace to the public at MWC 2020 when the pandemic struck, forcing MWC and myriad other events to pull the plug while leaving technology companies scrambling to reschedule their big reveals. Despite the impact the crisis had on Chou’s February plans, it might actually push consumers and companies toward XRspace as they seek new ways to interact in a world of social distancing.

In a global announcement streamed on YouTube today, XRspace finally revealed all.

XRspace is an end-to-end social VR platform comprising hardware, software, content, and services. Its stated goal is to bring XR to the masses by “redefining how people connect, socialize, and collaborate in the virtual world.” What we’re essentially talking about here is the metaverse.

The XRspace Mova head-mounted display (HMD) is touted as the “world’s first 5G consumer mobile VR headset” and is powered by Qualcomm’s Snapdragon 845 Mobile XR platform. Crucially, it needs no additional controllers to navigate the virtual world, relying entirely on hand motions and gestures — in other words, the XRspace Mova is a fully self-sufficient unit. But the company is really touting the experiences available through the headset.

VR has until now been mainly embraced by the gaming industry, though other industries — such as health care — have gradually begun to take note. Many developers are convinced that VR needs truly social experiences if it is to thrive, which is why Facebook last year launched Horizon, a VR world designed for its Oculus headsets that allows people to meet with friends and strangers, create personal spaces, play games, and more.

In a similar vein, XRspace is launching XRspace Manova, a virtual world filled with interactive and social content across education, gaming, health, entertainment, and more. In Manova, people can hold work meetings, learn in virtual classrooms, stroll around a city center, visit the beach, go to the cinema, and even dance in a nightclub. 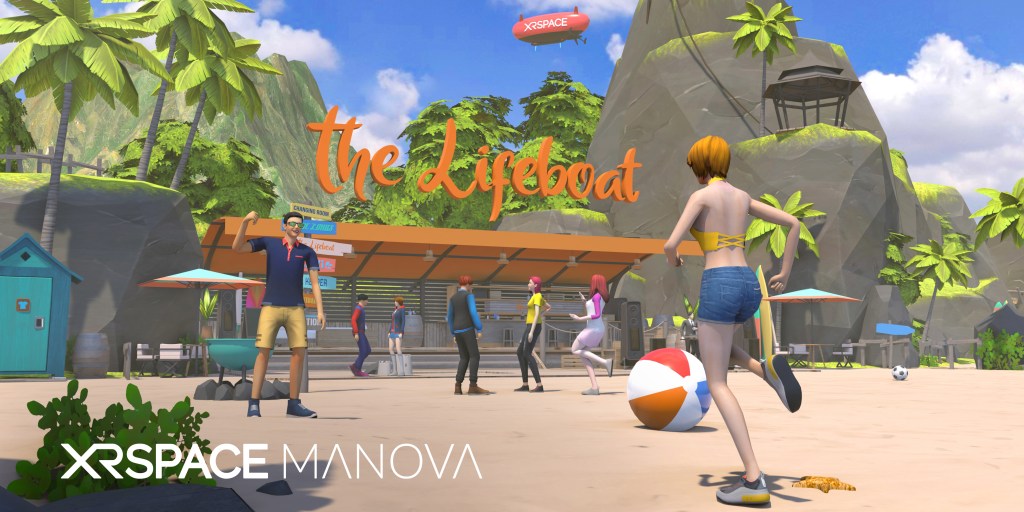 Above: At the beach with XRspace Manova 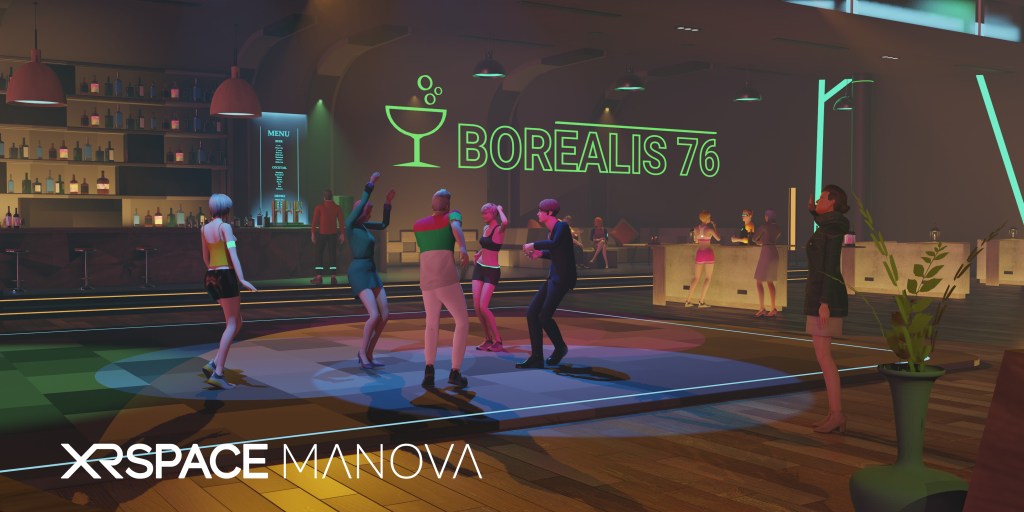 Above: In a nightclub with XRspace Manova

XRspace pitches Manova as a “social reality platform” that transcends space and time, with each user represented by full-body avatars that look like them. Moreover, the Mova HMD sports optical sensors that are paired with “proprietary scanning technology” that can interpret hand gestures and analyze real-world spaces to recreate physical locations inside a VR application.

To get its platform up and running, XRspace has enlisted the support of a slew of partners from across the tech, telecom, and creative content realm, including Qualcomm, Deutsche Telekom, Taiwan’s Chunghwa Telecom, GQ, Vogue, and Getty. XRspace has also teamed up with such real estate partners as Taiwan’s YC House to enable house viewings to take place in VR, with users able to freely navigate a home beyond the predefined routes that are typically imposed by 360-degree photos and videos.

In truth, we don’t really know what impact — if any — the global COVID-19 crisis will have on VR, and there have been false dawns in the past. But if there was ever a time for VR to flourish, this could be it. Online course enrollment has been surging through the pandemic, telehealth startups have raised big bucks, the construction sector is on the cusp of a massive digital transformation as the $11 trillion industry tries to get back to work, and high-profile companies such as Twitter and Facebook are committing to remote working arrangements.

What many of the existing remote solutions lack, however, are immersive experiences that can replicate real-world scenarios, which is where VR could come into play. VentureBeat writer Jeremy Horwitz recently sampled a new collaborative workspace app for Oculus Quest — called Spatial — that basically enables holographic VR meetings. He wrote:

I’m not often at a loss for words, but as I reentered the real world after my second holographic media briefing this month, I realized that I was struggling to speak or type. Mentally, the sensation was awe — my sincere belief that I had just experienced the future of remote work and meetings.

Elsewhere, Facebook just launched its $1,000 Oculus Quest enterprise headset to all businesses, just weeks after revealing that the pandemic was driving demand for Oculus products. During its investors’ call, Facebook cofounder and CEO Mark Zuckerberg said he wished the company could make more devices than it is currently able to, though he conceded that the COVID-19 crisis won’t necessarily lead to a permanent transition to virtual or augmented reality. “It’s possible that [the pandemic] accelerates some of the trends around virtual or augmented reality, but I’m not sure what will happen there long term,” he said.

So while COVID-19 is not guaranteed to kickstart a VR revolution, it’s safe to say that the next year or two could be a fruitful time for VR, as real-world lecture halls, gyms, and movie theaters will likely be subject to significant social distancing measures. As it turns out, XRspace caters to each of these scenarios. 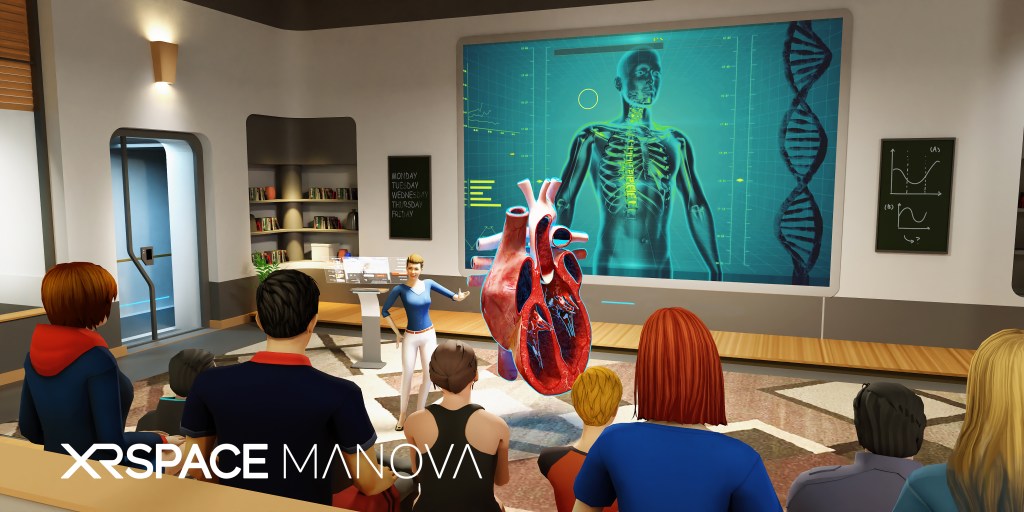 Above: XRspace in a lecture hall 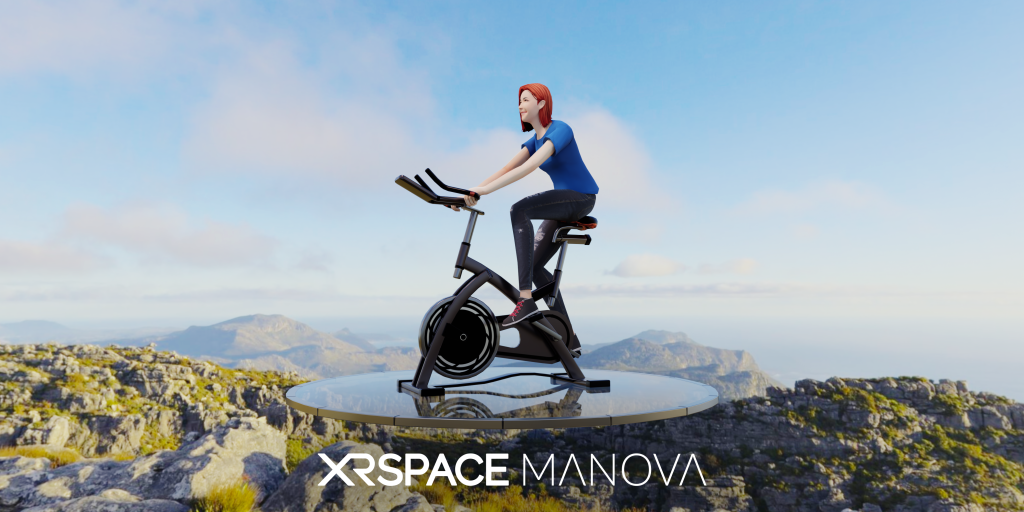 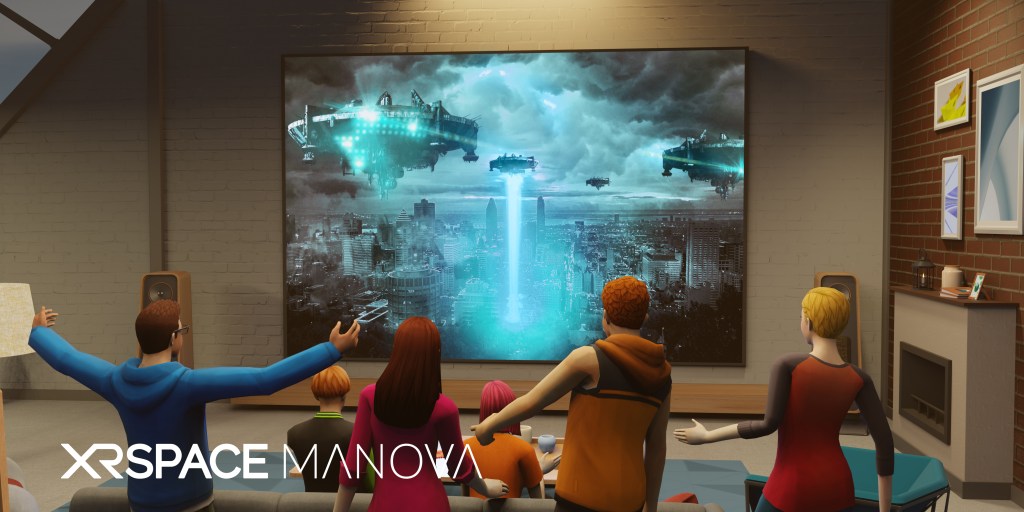 Above: XRspace: Watching a movie

In terms of what is actually launching today, the company said it’s opening registrations for an early-access developer kit that includes the headset and SDKs, and will cost $799 and $899 for the Wi-Fi and 5G versions respectively. The consumer version of the product will be made available starting in Q3, with an expected retail price of $599.

That puts the XRspace Mova in a similar pricing bracket as Facebook’s Oculus Quest, and makes it an affordable entry point for many people who are looking to take their first tentative steps in the VR realm.

*This article has been updated to include the XRspace pricing, both for the developer and consumer versions of the kit.