Last month was huge for Baidu. On the same day it opened its conversational AI platform DuerOS to businesses and third parties at its first-ever artificial intelligence developer conference, the Chinese search giant announced it had acquired Kitt.ai, a creator of bots for chat apps like Facebook Messenger, intelligent assistants like Alexa, and smart home appliances.

DuerOS is only available in Chinese today, but as part of the deal, Kitt will incorporate portions of DuerOS into drag-and-drop tool ChatFlow, making part of DuerOS available to both English-speaking audiences and ChatFlow available to Chinese developers.

“We’ll basically have DuerOS on two fronts,” DuerOS lead Kun Jing said. “We want to enable everyone on this planet to build DuerOS into devices with a very low barrier.”

This is not the company’s first international acquisition. In February, Baidu acquired AI assistant and Y Combinator alum Raven Tech, a company with offices in Beijing and Silicon Valley. To continue investment in promising startups worldwide, Baidu will establish a DuerOS Fund in the future, Jing told VentureBeat. A company spokesperson declined to offer additional details about when the fund will launch or how much money it will invest.

“I think this is global,” Lu said in reference to DuerOS and the conversational AI being rolled out by the world’s largest consumer tech companies.

The acquisition is also part of a larger strategy by Baidu to make DuerOS one of the most widely used conversational AI platforms in the world, Jing told VentureBeat. While the DuerOS platform for third-party developers is just weeks old, the operating system itself shipped to the Chinese market two years ago. It’s now available in more than 100 appliances like smartphones, televisions, refrigerators, and washing machines.

Baidu’s central focus remains China, but DuerOS has joined a race for market share by tech giants like Amazon, Google, and Microsoft, who want to see their AI assistant in every device, too.

Beyond smart home appliances, the place Baidu wants its voice services the most is the car, as it continues to accelerate (sorry) its development of autonomous software and hardware with DuerOS inside.

At Baidu Create, as part of its push to make Project Apollo the “Android of the autonomous driving industry,” manufacturing partners like Daimler, Ford, and 13 Chinese car makers joined the alliance. Microsoft and Baidu began working together shortly after the conference, as Baidu agreed to use the Microsoft Azure cloud to fuel the Apollo program outside of China.

Also at Create, Baidu announced plans to continue to work with Nvidia on Project Apollo, as well as collaborate on AI related to cloud computing and AI assistants.

Like Google, Microsoft, and Amazon, Baidu wants hardware makers to put its AI assistant, as Jing puts it, into anything with a microphone and a speaker.

Part of Baidu’s conversational AI strategy is for DuerOS to replace assistants like Cortana or Alexa in products made for international products but often manufactured in China. For example, in the United States, HTC’s flagship smartphone U11 is advertised as the world’s first smartphone with hands-free Alexa, but in China, HTC U11 will come with DuerOS inside.

The same is true of a Harman Kardon speaker, Jing told VentureBeat, although a Harman International spokesperson declined to comment on which devices will use DuerOS in China. A Baidu spokesperson told VentureBeat the speaker has not yet been released. The Harman Kardon Invoke smart speaker could launch  with Cortana inside in the weeks ahead. Baidu struck a partnership with Harman International in April to work on digital assistants and autonomous driving and use DuerOS for Harman’s connected car and cloud platforms.

To convince more developers to adopt DuerOS, at Create, Baidu announced it partnered with Conexant to release development kits to enable the creation of 2-mic and 4-mic far-field voice devices, along with reference designs. The kit’s chipset is about the size of a quarter and comes preinstalled with DuerOS. 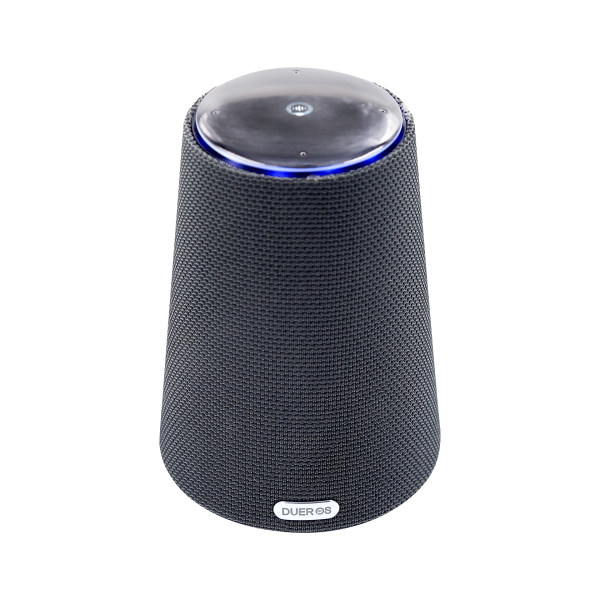 Baidu is also targeting the pain points of manufacturers in the Shengzen region of China, where many products are made, Jing said.

“A lot of hardware is made in Shengzen; they are making Alexa-enabled hardware. They also want to ship that hardware to China as well, so we will enable those products and hardwares to quickly integrate with DuerOS to sell on the Chinese market too,” he said.

Just in July, Baidu announced 14 new AI services. As the company increases its AI offerings, like other tech giants, Baidu no longer wants to be known as a search engine company.

“We used to be a search company, but in the AI era we want to be an AI platform company. So to be a platform company is really about the mindset and also about the opening up of technology, the basic framework [to] enable others, enable our partners, even enable individuals to do something great,” Jing said.

The shift in emphasis to AI seems to be treating the company well. Baidu recently reported an 84 percent jump in year-on-year earnings.

In January, Baidu joined Ainemo to debut a conversational computer Xiaoyu Zaijia (“Little Fish” in English) with DuerOS inside. The device, with a tablet-thin screen and large camera, operates much like an Amazon Echo Show; it uses facial recognition to see users and swivels to ensure the computer is always facing the user.

In the U.S., tens of millions of smart speakers are expected to be sold this year, most with Alexa inside. But Alexa nor any of its conversational AI competitors have yet to conquer the world.

Alexa-enabled devices work today only in the United States, Germany, and the United Kingdom.

Google Assistant is on more than 100 million devices, but only recently got a British accent and learned to speak Portuguese. In the future, Google Assistant will be available in Japanese, German, and French-speaking countries.

Siri is now available on 375 million devices, but this is limited to devices made by Apple, since Apple has yet to create an SDK for Siri to be used on devices from other hardware makers.

Facebook is reportedly working on its own smart speaker and video chat devices that could be out as soon as spring 2018.

As competition continues among startups and tech giants and conversational computing becomes a bigger part of our lives, there are no clear winners yet in conversational AI, but Baidu is making room for itself in the crowded market.