Humaneyes Technologies has announced a follow-up to its Vuze VR camera, one that captures both 360° (2D) and stereoscopic VR180 (3D) videos and photos. The Vuze XR camera, which will cost around $400 when it launches later this year, is basically two cameras in one.

When it’s closed, it’s a 360° camera, but you can click a button to convert the device into a VR180 camera. The Vuze XR also has built-in livestreaming smarts, meaning you can share video to social media in real time. 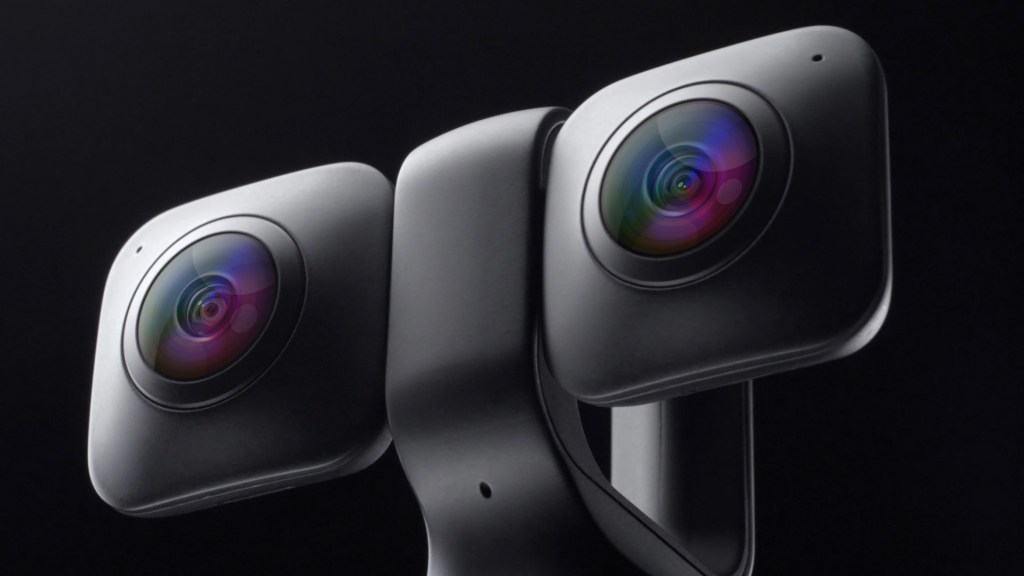 Founded in 2000, Israel-based Humaneyes says it holds more than 70 patents across the 3D spectrum. In 2016, the company debuted the $800 Vuze VR camera, though it didn’t start shipping units until last year. The camera was the result of years of R&D at the Hebrew University in Jerusalem. Back in January, Humaneyes launched the $1,200 Vuze+ VR camera with a bunch of upgrades, targeting the prosumer market.

At Vidcon last year, Google unveiled a new video format, called VR180, that is designed to make VR more accessible and affordable. It was created in conjunction with Google’s Daydream VR team and promises immersive 3D video that only requires creators to capture 180 degrees. This means that they just have to shoot what’s in front of them, rather than getting the full 360-degree landscape.

A number of manufacturers had previously been selected to support the VR180 format, including Lenovo, LG, and Yi, but Google opened the format to any manufacturer in April.

“One camera can now livestream in 360° from a concert, take immersive VR180 pictures of the band, and record your friends singing along to edit and share the full experience later,” said Humaneyes CEO Shahar Bin-Nun. “We’re giving users the freedom to spontaneously shoot content from all angles, or only a few, and we can’t wait to see what’s created with it.”