Mozilla today updated Firefox Focus for Android and iOS with a new design, search suggestions, tips on the start screen, GeckoView on Android, and Siri Shortcuts on iOS.

Firefox Focus offers privacy benefits and performance gains by blocking many web trackers, including analytics, social, and advertising. You can download the latest version of the company’s privacy browser now from Google Play and Apple’s App Store.

Both the Android and iOS versions have been redesigned to match the latest operating systems from Google and Apple. Firefox Focus is now completely optimized for Android Pie (including new icons, a customized URL bar, and a simplified settings menu) and has a fresh look for iOS 12. 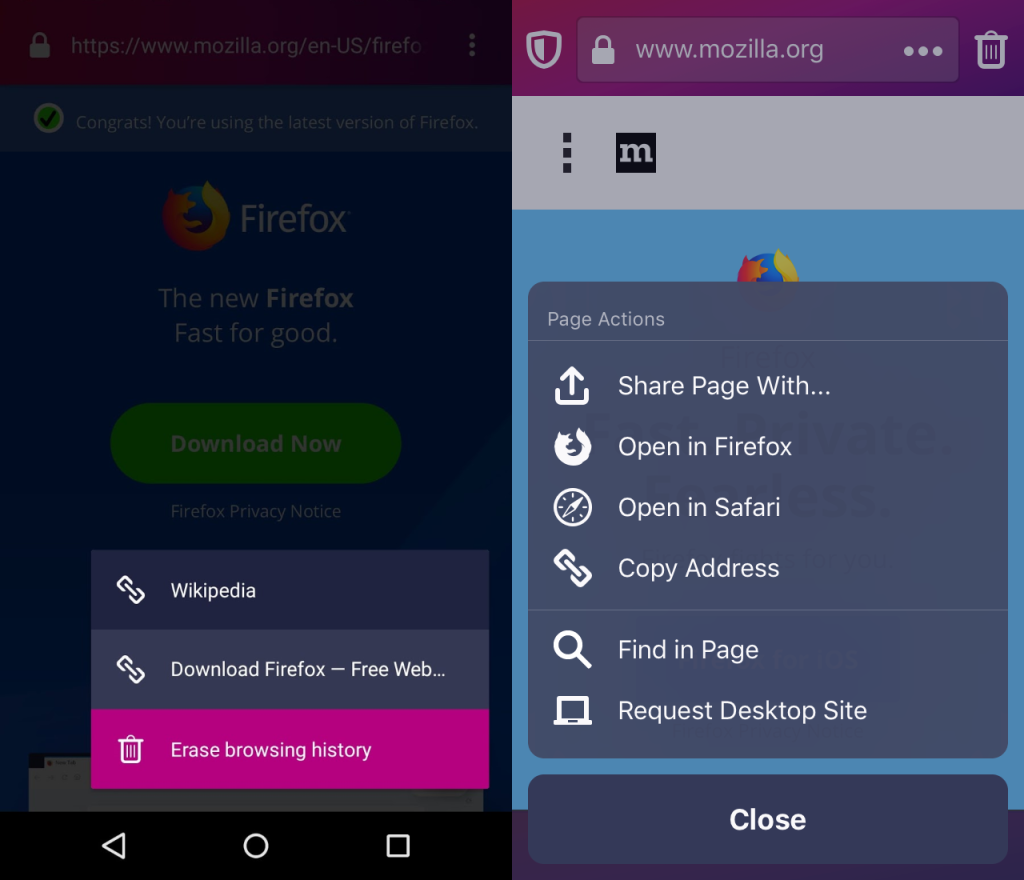 Mozilla has also added search suggestions and tips to the start screen:

The former is not on by default, since Firefox Focus users may not want to share what they’re typing in the address bar with their search provider. (Turn it on by opening app settings => Search” > “Get search suggestions.”) As for the latter, the core functionalities of Firefox Focus are now presented on the start screen to give you an overview of what the privacy browser offers in your language on Android and in English (for now) on iOS.

Ever since Firefox Focus for Android launched in June 2017, it was powered by the native Android WebView browser engine. That made sense, since when the app first debuted on iOS as Focus by Firefox, it was essentially a web view with tracking protection. This allowed Mozilla to iterate quickly and focus, pun intended, on the privacy features.

Now Firefox Focus for Android is powered by GeckoView, Mozilla’s own mobile engine. Immediately, this brings Firefox Quantum improvements to Firefox Focus. In the future, it could help Mozilla add unique privacy-enhancing features, such as reducing the potential of third-party data collection.

On the flipside, the new GeckoView engine increases Firefox Focus’ size from 4MB to 38MB. Mozilla promises it is committed to keeping this new download size as small as possible and said that, overall, GeckoView will allow for faster updates.

“We chose Firefox Focus to be the first to use the new GeckoView engine because it allows easier integration of Focus’ well-known privacy features,” a Mozilla spokesperson told VentureBeat. “Since this is still a new engine, we will gradually enable it for users. Then, we will explore the possibilities of using the new engine on other Firefox browsers and apps on Android.”

Mozilla doesn’t have the same flexibility on iOS as it does on Android. Firefox Focus will thus always be more limited on Apple’s platform. That said, iOS users do get other unique features. With this release, that means Siri Shortcuts.

Firefox Focus for iOS users will now be able to set and open a favorite website, erase and open Firefox Focus, and erase in the background via shortcuts. If users like this feature, we would expect more shortcut options to be added over time.