The Quantum name signals that Firefox 57 is a huge release that incorporates the company’s next-generation browser engine (Project Quantum). The goal is to make Firefox the fastest and smoothest browser for PCs and mobile devices — the company has previously promised that users can expect “some big jumps in capability and performance” through the end of the year. Indeed, three of the four past releases (Firefox 53, Firefox 54, and Firefox 55) included Quantum improvements. But those were just the tip of the iceberg.

Firefox 57 for the desktop is available for download now on Firefox.com, and all existing users should be able to upgrade to it automatically. The Android version is trickling out slowly on Google Play, and the iOS version (which is usually updated separately from the other platforms) should eventually arrive on Apple’s App Store.

Mozilla doesn’t break out the exact numbers for Firefox, though the company does say that “half a billion people around the world” use the browser. In other words, it’s a major platform that web developers target — even in a world increasingly dominated by mobile apps.

Firefox Quantum prioritizes the tab you’re actively using — that tab downloads and runs before other tabs you have open in the background — and includes a new CSS engine called Stylo, which takes better advantage of multiple CPU cores that are optimized for low power consumption. Mozilla has also fixed hundreds of issues related to Firefox speed in the past several months, which adds to the feeling of a faster browser.

You can check out Mozilla’s tests here and the technical background here.

“We call this initiative Photon, and its goal is to modernize and unify anything that we call Firefox, while taking advantage of the speedy new engine,” the team explained. “You guessed it: The Photon UI itself is incredibly fast and smooth. To create Photon, our user research team studied how people browsed the web. We looked at real-world hardware to make Firefox look great on any display, and we made sure that Firefox looks and works like Firefox, regardless of the device you’re using. Our designers created a system that scales to more than just current hardware but lets us expand in the future.” 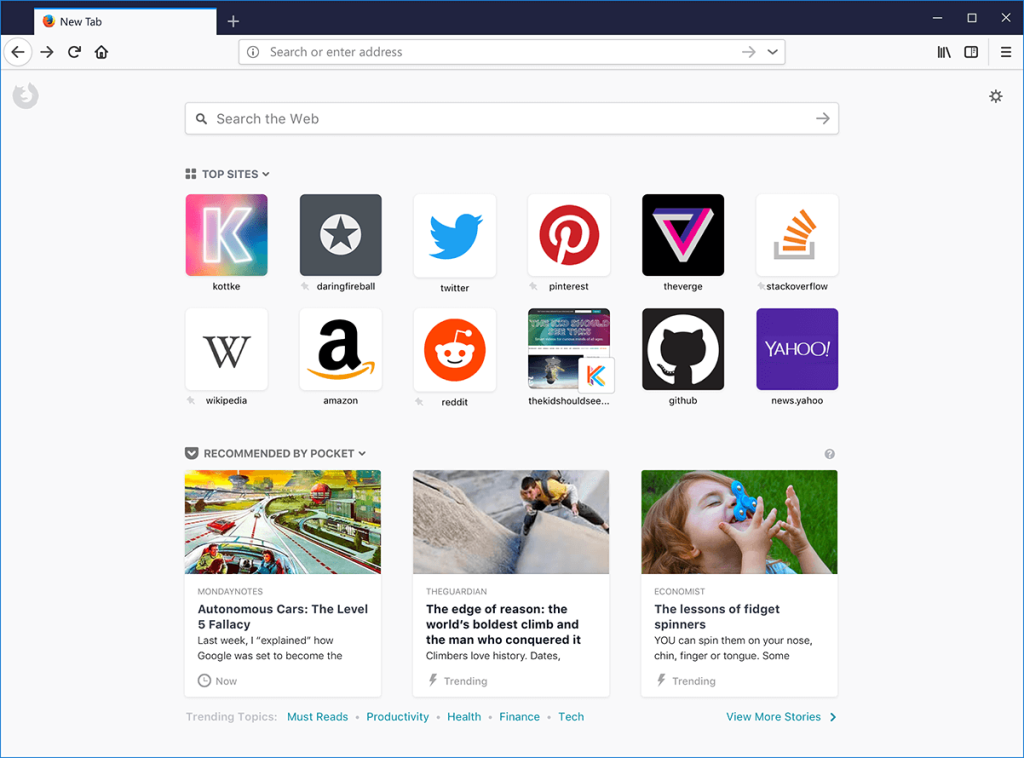 Photon on a Windows PC with a touch display, for example, adjusts the menu size based on whether you click with a mouse or touch with a finger. You can expect square tabs, a dark color scheme, smooth animations, and a restructuring of menus. There’s also a Library feature that provides quick access to bookmarks, Pocket, history, downloads, synced tabs, and screenshots.

Speaking of Pocket, Firefox Quantum integrates the read-it-later app, which Mozilla acquired in February, even further. When you open a new tab, you’ll see currently trending web pages recommended by Pocket users, in addition to your top sites. Firefox Quantum lets you save to Pocket right from the address bar. If you have the Pocket app for Android or iOS, you’ll also get offline access to your saved stories. 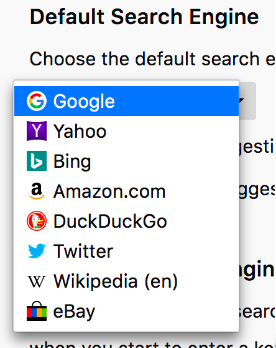 If you’re a web developer, more details are available for you here: Firefox Quantum 57 for developers.