Some Firefox users yesterday started seeing an ad in the desktop version of the browser. It offers users a $20 Amazon gift card in return for booking your next hotel stay via Booking.com. We reached out to Mozilla, which confirmed the ad was a Firefox experiment and that no user data was being shared with its partners.

Mozilla is always looking for new revenue streams and has placed ads on Firefox’s new tab page before. Most recently, Firefox 60, which arrived in May, introduced sponsored stories powered by Pocket on the new tab page.

Mozilla says it’s not an ad

The Pocket offer was announced and explained in advance. The Booking.com ad, however, was something we had not heard of in advance, although Mozilla says it was actually the second such offer this month.

“This snippet was an experiment to provide more value to Firefox users through offers provided by a partner,” a Mozilla spokesperson told VentureBeat. “It was not a paid placement or advertisement. We are continually looking for more ways to say thanks for using Firefox. In a similar vein, earlier this month we offered Firefox users a free opportunity to enjoy a live concert from Phosphorescent. In addition to adding value to Firefox users, these efforts are intended to support an open ecosystem. When users see such offers, no data is being shared with a partner until users have made the choice to enter a relationship. We hope that this strategy sets a positive example.”

Mozilla’s argument that this is not an ad is understandable, even if it is false. The company wants to distance itself from the terms “paid placement” and “advertisement” because of the negative connotations associated with unwanted ads.

Ads can be useful — in fact, ads that benefit the user are what everyone should be striving for. But no matter how you spin them, they’re still ads.

Snippets are on by default in Firefox, but you can easily disable them. Navigate to about:preferences#home in Firefox (or click on the Firefox hamburger menu => Options => Home) and uncheck Snippets. 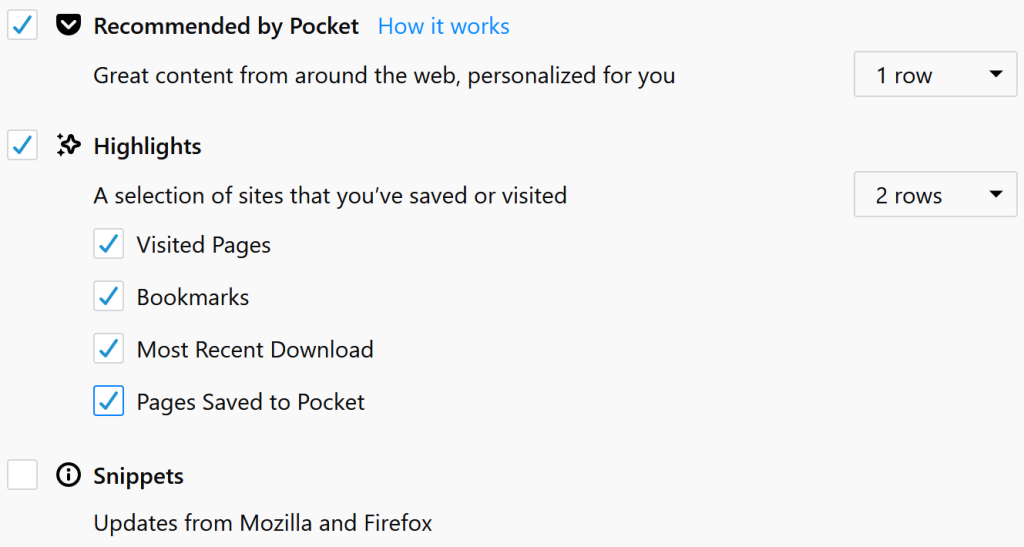 The description for Snippets provided in Firefox is quite vague: “Updates from Mozilla and Firefox.” The Mozilla wiki offers a more detailed explanation:

The about:home snippet service is a simple, highly-cached content management service. It is intended to assemble and deliver content snippets to the about:home page in Firefox.

Mozilla uses Snippets to display tips about Firefox features or send a message to its users (for example, there’s one today that wishes you a Happy New Year). In this case, Mozilla decided to use the feature to test an ad.

Firefox 64, which arrived earlier this month, introduced a Contextual Feature Recommender (CFR), limited to U.S. users. Snippets have been around longer than just this month, however, and do show up for users outside the U.S.

Mozilla did not say how many users saw the Booking.com ad or how long the experiment ran for (we questioned the above statement’s past tense verbiage). We will update this article if the company follows up with more information.

Update at 3:30 p.m. Pacific: “The Booking.com snippet ran for five days and ended on schedule on December 30th,” Mozilla PR’s Justin O’Kelly said in a statement. “About 25 percent of the U.S. audience who were using the latest edition of Firefox within the past five days were eligible to see it.”