Although still months away from an official unveiling, Google’s followups to its debut Pixel handsets of last year are starting to come into focus. While several leaked renders have suggested that the larger of the two devices — codenamed Taimen — will include smaller top and bottom bezels than its predecessor (the Pixel XL), a photo of this year’s Pixel successor shared with VentureBeat indicates that it won’t also be adopting this increasingly common design element. 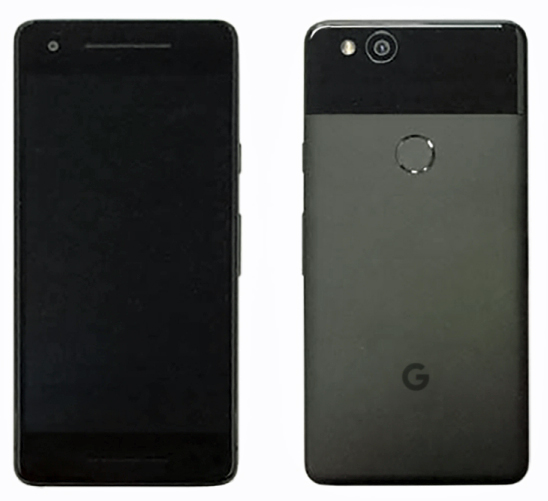 What’s more, neither Taimen nor the device pictured here, codenamed Walleye, are opting for a dual rear camera configuration. The choice was odd last year, but looks even more bizarre in the face of the industry trend to move away from singular cameras by phone manufacturers like Apple (iPhone 7 Plus), LG (G6), Samsung (Note8), and Huawei (P10, among others).

Instead, Google seems to have directed manufacturing partner HTC to make only iterative design changes to the smaller of its own-branded phones. Unlike last year, when HTC made both the Pixel and the Pixel XL, this time around LG has been tasked with producing the larger device.

While HTC has yet to introduce a handset with significantly reduced “forehead and chin,” LG’s G6 and Q6 both include so-called FullVision displays, whose 18:9 screens cover the vast majority of the products’ faces. Samsung is also heavily invested in bezel minimization this year, with its Galaxy S8 and Note8 flagships, along with Apple and what is shaping up to be an iconic iPhone.

HTC is, however, bringing its expertise to bear in two other aspects of both 2017 Pixels: front-facing stereo speakers, which it made popular with its BoomSound branding, and squeeze-sensitive frames, embodied in the Edge Sense feature found on this year’s U11 flagship.

There is one area in which Google is closely following the lead of other phone makers with respect to flagship feature sets, but it involves the omission, rather than the inclusion, of a once-standard component. VentureBeat can confidently report that, like Apple, HTC, and Lenovo, Google has opted to do away with 3.5-millimeter headphone jacks on its offerings this year.