WhatsApp has announced a series of changes to how users interact in group chats. Starting today for iOS and Android users, WhatsApp groups can now include a description to detail the purpose, guidelines, or topics for the group. The group description will be shared with each new member of a WhatsApp group. WhatsApp group chats can include up to 256 participants.

Also launching today is Catch Up, a feature for a quick recap of messages that have mentioned or replied to you since you’ve been away. Catch Up will be indicated with a new @ button in the bottom right-hand corner of the screen.

Group creators can now no longer be removed from the groups they started, the company said in a blog post. New administrative powers can restrict which group members can change a group’s icon and description or determine which users have administrative permissions. Participants in a group are now able to search for users by name. 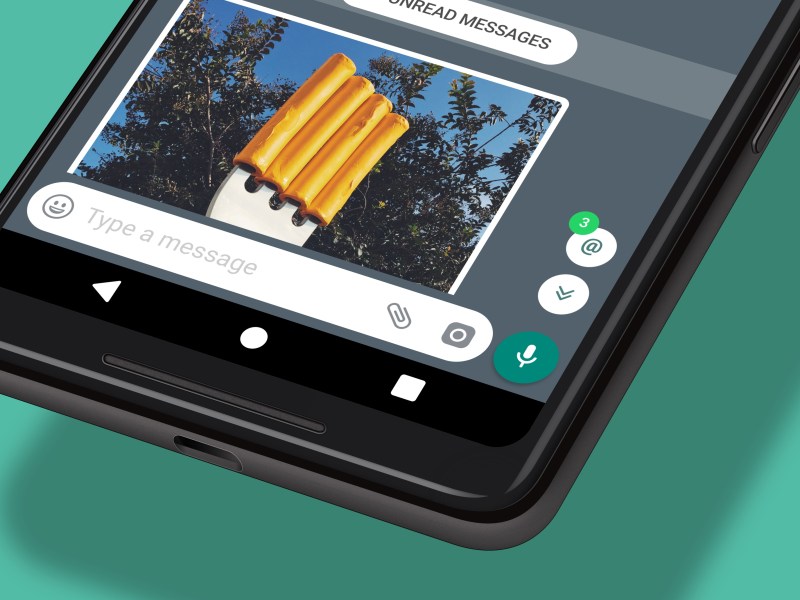 Above: WhatsApp Catch Up

The changes come as WhatsApp faces criticism in India, which accounts for 250 million of WhatsApp’s 1.5 billion monthly active users. Ahead of elections this week, tens of thousands of WhatsApp groups have been made to reach voters, however many groups are known to be spreading disinformation and division between groups, including Hindus and Muslims.

In recent weeks, WhatsApp detected attempts to automate the creation of WhatsApp groups in India. After reports of spam by nearby users, all related groups were shut down, WhatsApp said in a statement shared with the New York Times in a story published Monday. In the story, a WhatsApp spokesperson discussed plans to give users greater control of groups.

WhatsApp is in the midst of a series of changes in its management, features, and monetization strategy.

On the product side, WhatsApp has grown from a simple text-only chat app to a service that makes phone calls and offers a multimedia experience. Group video calling and stickers are on the way for WhatsApp soon, company officials announced earlier this month at annual developer conference F8.

On the personnel side, WhatsApp cofounder Jan Koum left the company earlier this month, a day before F8.

His departure follows cofounder Brian Acton, who left WhatsApp last September. Amid Cambridge Analytica news earlier this year, Acton said it’s time for people to delete their Facebook accounts. Koum and Acton sold WhatsApp to Facebook in 2014 for more than $16 billion. Both leave the company they vowed would never sell ads at a time when Facebook continues efforts to monetize Facebook Messenger and WhatsApp.